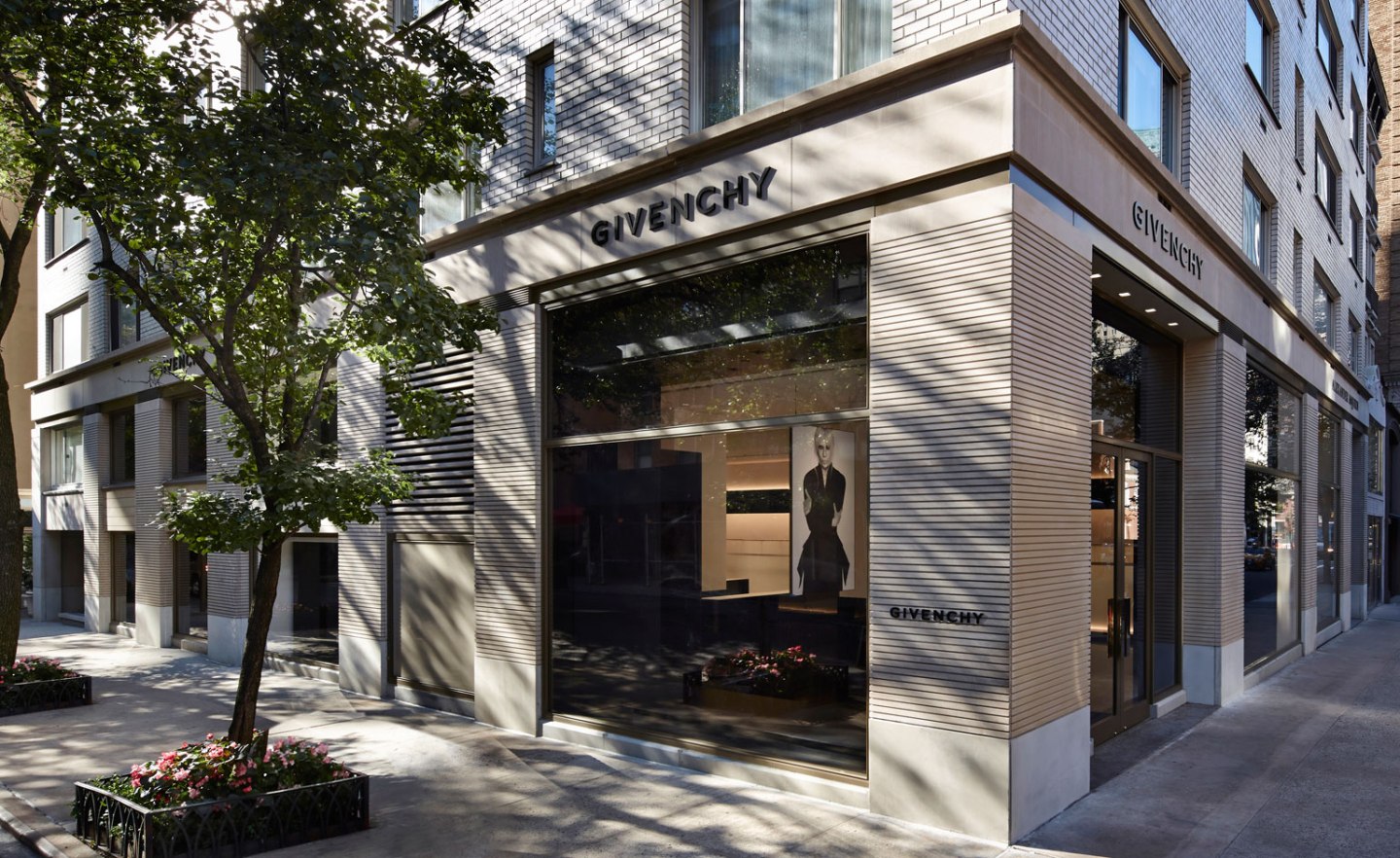 It’s hard to imagine how New York City coped without a Givenchy boutique, after the provocative French label shuttered its last flagship in 2006. Thankfully, it’s a reality that’s no longer, with the unveiling of a glossy new space on Manhattan’s Upper East Side. Coinciding with the 10th anniversary of Ricardo Tisci’s tenure at the helm of the venerable fashion house, the Madison Avenue boutique is a true testament to Givenchy’s prowess.

Situated amongst a slew of equally covetable, big-name boutiques, Givenchy’s New York space opens up in sleek style. Soaring double-height ceilings and expansive glass windows complement the boutique’s gallery-like layout. Monolithic, dark zebrano wood plinths serve as displays for its women’s accessories, while clothing is reverently presented in dark wood boxes laid into the space’s surrounding white walls. From the heavily lacquered floors to the black and white campaign images that hang overhead, each understated touch and restrained flourish, all conceived by Tisci himself, feeds back into the unique fusion of punk and sophistication that has come to define Givenchy.

The boutique’s hushed feel is broken though once one ventures deeper into the space. A discreet flight of concrete stairs, next to a solid, wood-cased elevator, leads up to a mezzanine space showcasing the men’s collections. Lined in translucent mint subway tiles, the intimate salon exudes a rebellious spirit, while also nodding to New York’s own underground. A large woven carpet, mirrored plinths and custom-made furniture serve as disruptive elements to the highly geometric space, while globally exclusive pieces (the women’s floor also offers some of its own) punctuate its displays.

The design contradictions in the boutique properly articulate the duality present in all of Givenchy’s collections, including its brand new jeans story. Tisci states, ‘The richness of the clothes is contrasted to the day-to-day life of the street outside. This is an expression of luxury that is not related to social status, it is a lifestyle and membership of a family.’ It’s a thoroughly modern vision that we couldn’t agree with more.

This article was originally published on Wallpaper. Wallpaper is a content partner of Fortune.com.