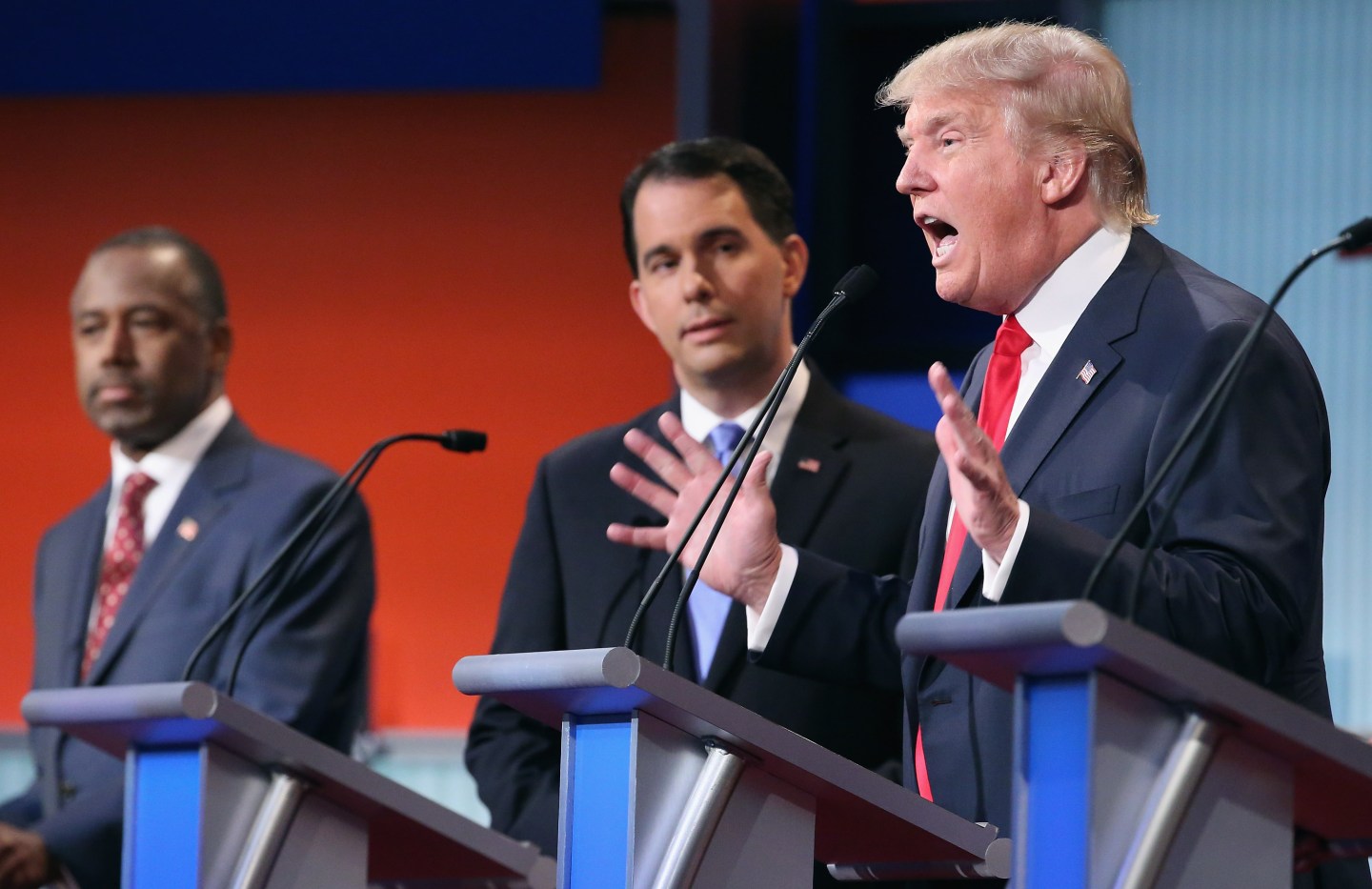 When 10 Republicans squared off on stage last month, it was hard to say who created more chaos: Donald Trump or Fox News, which badly botched the live stream, and made the spectacle unavailable to millions of viewers. The follow-up debate, however, will be hosted by CNN and the cable network promises everyone will be able to see it on all platforms.

“CNN will be live streaming the GOP debate .. online and across CNN’s mobile platforms without authentication. Users won’t have to log-in to see the stream, it will be available as soon as they visit CNN.com or access one of our apps,” said a CNN spokesperson by email.

In other words, even if you don’t have a cable subscription, you will be able to watch Donald, Ben, Carly, Jeb, and the rest of the GOP hopefuls strut their stuff over the internet. The debate of the leading candidates will start Wednesday at 8pm ET. Recent polls show Trump out front with about 30% support.

CNN’s announcement is significant because the last debate proved to be a ratings bonanza for Fox News (FOX), and now CNN (TWX) is reportedly asking advertisers to pay 40 times its ordinary rate. Trump, meanwhile, is stirring the pot by asking CNN President Jeff Zucker to donate the windfall to veterans.

While streaming the debate to everyone may sound like a no-brainer (it means a bigger audience), doing so is a strategic dilemma for CNN. That’s because the live stream will provide another reminder of how easy it is becoming to distribute shows without cable. That dilemma explains why Fox News chose to stream last month’s debate only to those with a cable password.

CNN apparently thinks the extra exposure is worth it, however, telling Mashable the debate will serve as a “preview” to entice people to sign up for more of its election coverage.

If the debate is as popular as expected, it will pose a technical challenge for CNN to keep the stream running to millions of computers and mobile devices. Fox News failed to pull this off, and its live stream went dark for most of the debate. In a farcical turn, the network used a copyright notice to take down the one working copy of the stream, which was being shown by a UK sister company.

This story was updated to reflect the main debate will start at 8pm.

For another take on TV policy, here is Trump telling respected anchor Jorge Ramos to “go back to Univision:”