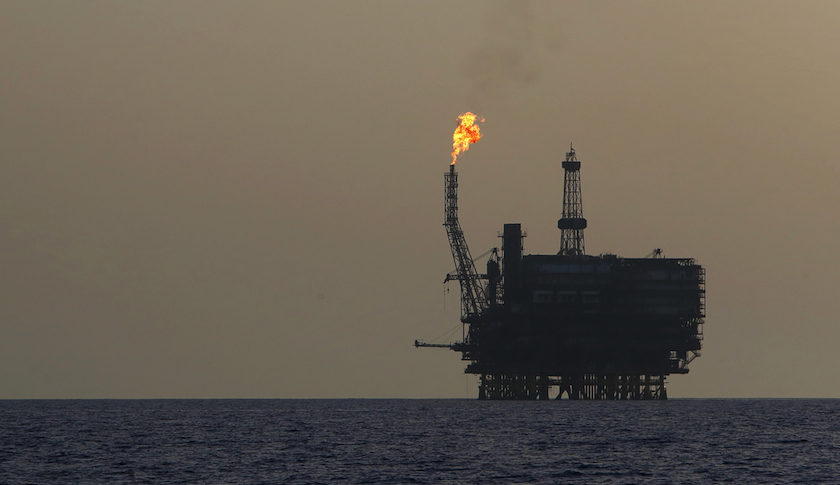 The technology war bubbling inside the energy industry is starting to heat up.

Schlumberger’s recent acquisition of oilfield equipment manufacturer Cameron International for $15 billion is the latest in a string of high-profile mergers in the energy space, such as Halliburton’s pending purchase of Baker Hughes, in which technology, not just the oil price, was one of the major motivating factors behind the deal.

The Cameron deal centers on Schlumberger’s desire to create a proprietary technology platform to standardize the disparate services and equipment along the energy value chain. The company hopes its new technology ecosystem will help it win new customers by offering turnkey drilling solutions and retaining the old ones by locking them into a closed system.

Much has been said about how advances in fracking “technology” paved the way for the shale oil boom in the U.S. of the last few years. But it isn’t as if there was anything new or particularly novel about fracking; indeed, the practice (which basically consists of shooting liquid underground to break up rock beds) has been around for decades. No, it was high oil prices that allowed fracked wells to profitably produce oil and gas in places where it was once cost-prohibitive.

During that time, producers and the wildcatters drilling the wells got rich, but so did the big oilfield services companies, such as Schlumberger (SLB), Halliburton (HAL), and Baker Hughes (BHI), along with equipment manufacturers and drillers including Cameron (CAM), Wood Group, FMC Technologies (FTI), National-Oilwell Varco (NOV), and Dril-Quip (DRQ).

But as oil prices weakened over the last year, so too has demand for oilfield services and equipment. It is now cost-prohibitive to drill in many locations, especially for wells operating offshore. When oil was well over $100 a barrel, oilfield services, equipment, and rigs were in short supply as producers bid up their prices. Now service providers are fighting to win contracts, and that translates to lower prices, smaller margins, and greater uncertainty for their sector.

But while a few companies have gone under, most are still up and pumping away. That’s because producers hedged or sold their production forward at higher prices, thus allowing them to preserve fat margins in a low oil price environment. Oilfield service providers have also lowered their prices to match falling oil. Remember last fall when industry watchers were claiming that U.S. producers needed oil to be around $80 to break even? Well, that was only true because the cost to drill was so ridiculously high. But with service providers and equipment manufacturers lowering their prices, producers were able to keep drilling right-side up.

This won’t last forever. Producers will eventually start to see their hedges roll off, leaving them totally exposed to the weak oil price. To continue drilling, they’ll need even greater discounts from their buddies in oilfield services. That means lower margins and less profit, and in many cases, it means operating at a loss.

Oilfield service providers have been prepping for this scenario for the better part of a year. Hiring has stopped, bonuses and salaries have been cut, jobs have been eliminated, and fancy perks, like trips on private planes, have been discouraged. But being the cheapest operator only goes so far—you need to give your clients a little something extra—something they can’t get from the other guy.

Schlumberger believes that little something extra will take the form of what the company is calling “pore-to-pipeline” coverage for operators. This is where Cameron comes in. As a provider of oilfield equipment, Cameron will provide the parts needed for Schlumberger to offer this new comprehensive coverage. The goal is to lower the cost and complications associated with drilling, providing clients with greater value and less headache.

But it’s not just about eliminating a middleman in the oil services value chain. Sure, there are cost savings to be had here, but that’s not enough to move the needle. The real value is in the technology behind the integration.

Computer engineers inside Schlumberger, who did not wish to be named as they are not authorized to speak to the media, tell Fortune that the company has been busy designing a proprietary operating system that will bring all the disparate parts of the oil and gas value chain onto a single technology platform. This new operating system will be able to analyze everything happening on a rig in real time, boosting both efficiency and safety. It also serves to lock customers into a single ecosystem that the company hopes will act as an incentive to use Schlumberger services and (now) equipment for all their drilling needs.

“It is similar to an operating system used on your mobile phone,” Doug Sheridan, the founder of EnergyPoint Research, which conducts satisfaction surveys, ratings, and reports for the energy industry, tells Fortune. “The question is whether Schlumberger will make this system open source, like Google’s Android, or closed, like Apple’s iOS.

A lack of technology standardization was one of the reasons behind the Deepwater Horizon disaster in 2010. The U.S. government concluded that the explosion on the rig, which killed 11 workers and caused millions of barrels of oil to spew into the Gulf of Mexico, was due to a combination of six operations, tests, and equipment failures. Such a catastrophic failure across the board may have been noticed by engineers well in advance if all the disparate components on the rig were actually able to talk to each other.

So can Schlumberger sell customers on the benefits of its new ecosystem, or is its single platform a bad bet that customers will change the way they do business? Old-school operators in the energy space are all about going with “the best in breed” equipment and service providers. They have deep relationships with salesmen in certain companies and tend to be very loyal to them, so it will be hard to sell many of them on the idea of buying from just one source.

But the benefits of having all (or most) of your equipment operate on a single (relatively) easy-to-use platform may outweigh the marginal benefit of going with the best in breed for every piece of equipment on a rig. National oil companies, which usually don’t have a clue about what they’re doing, could benefit greatly from such a package deal and might actually even pay a premium for it.

Schlumberger hopes to win a great deal of business by offering bundled service packages, according to people with knowledge of the company’s plans. This will allow it to charge a premium for some services and offer discounts on others. The question then is, How good will this platform be, and can it live up to the safety and efficiency expectations of the market? We probably won’t have the answer in the next few months or even the next year. It is clearly a long-term plan, which will take time to execute. But once the system goes live, it may be unstoppable.