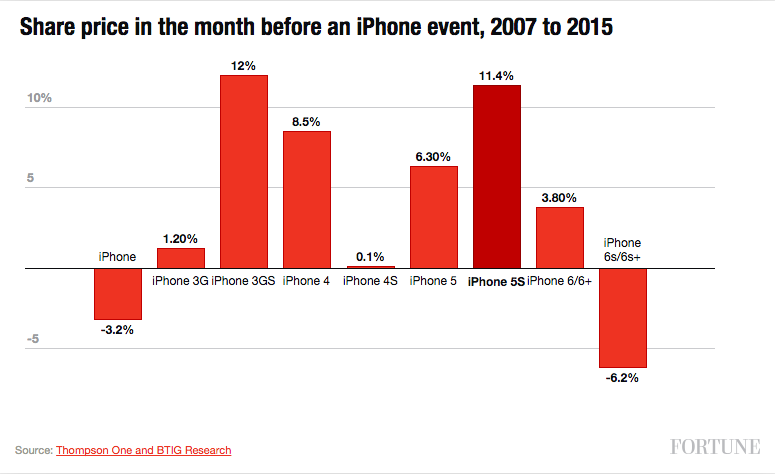 In a note to clients sent Friday, BTIG’s Walter Piecyk points out that so far this month, Apple’s share price is down 6.2%, the first drop before a new iPhone since Steve Jobs unveiled the original in January 2007. Piecyk writes:

What happens to investors if they sit tight for a month? See below.

Bonus: 25 minutes of Piecyk on Apple.