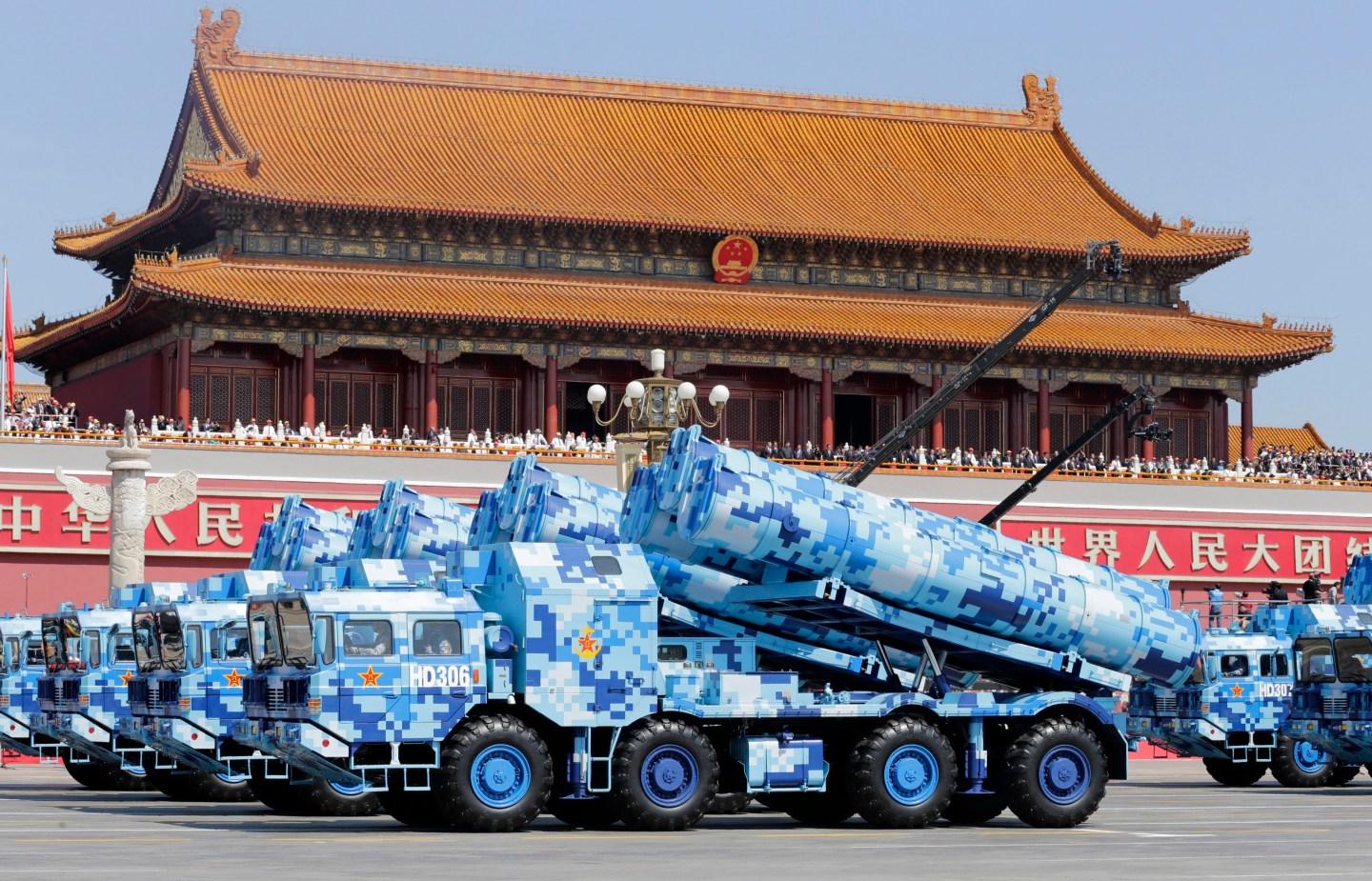 China has dispatched its navy to patrol the coast of Alaska and unveiled a new “carrier-killing” ballistic missile in a stark display of how its massively increased defense spending is tilting the balance of power in the Pacific.

At the same time, however, President Xi Jinping announced in a speech that he aims to cut the People’s Liberation Army’s troop numbers by 300,000, although he didn’t give a timeframe or any details on where the troops would be reduced.

The naval exercise, which saw five warships patrol the Bering Sea just as President Barack Obama became the first sitting president to visit Alaska, is a pointed demonstration of China’s steady rise to Great Power status as it expands its capacities to project power beyond its borders. It comes three months after the U.S. angered China by sending surveillance flights over dispute islands in the South China Sea where China is building industrial and defense facilities.

Back home in Beijing, China made another clear statement about its ambitions to assert control over its own backyard Thursday at a massive military parade to commemorate the end of its war with Japan in 1945, the last of the regional conflicts that constituted World War 2.

The parade debuted a new ballistic missile that some analysts say will be capable of sinking aircraft carriers, the most important hardware component of the U.S.’s security guarantee to allies such as Japan. The Dongfeng (East Wind) DF-21D missile is designed to go into orbit like an inter-continental ballistic missile before re-entering the atmosphere and delivering its payload on or near a ship. With a range of some 900 miles, the missiles could easily cover the East China Sea, making it much harder for the U.S. Navy to intervene in places like the Taiwan Strait.

The parade was an emphatic display of the fruits of a massive increase in military spending by China to give it a ‘hard’ power commensurate with its status as an economic giant. The Pentagon estimates that China has raised defense spending by 9% a year over the last decade, reaching $145 billion in 2013.

Elsewhere Thursday, a new report by Taiwanese Defense Ministry claimed that China is building two more aircraft carriers of its own in Shanghai and Dalian, according to Reuters. The news is the latest indication of an incipient naval arms race between China and Japan, which commissioned its largest warship since World War 2 in March. Although officially designated a helicopter carrier, the Izumo has a deck long enough to accommodate Vertical Take-Off and Landing (VTOL) fixed-wing airplanes, leading some analysts to dub it an “aircraft carrier in disguise.”

Currently, China’s only aircraft carrier is the 60,000 ton Soviet-era Liaoning, which was bought from Ukraine in 1998 and refitted.