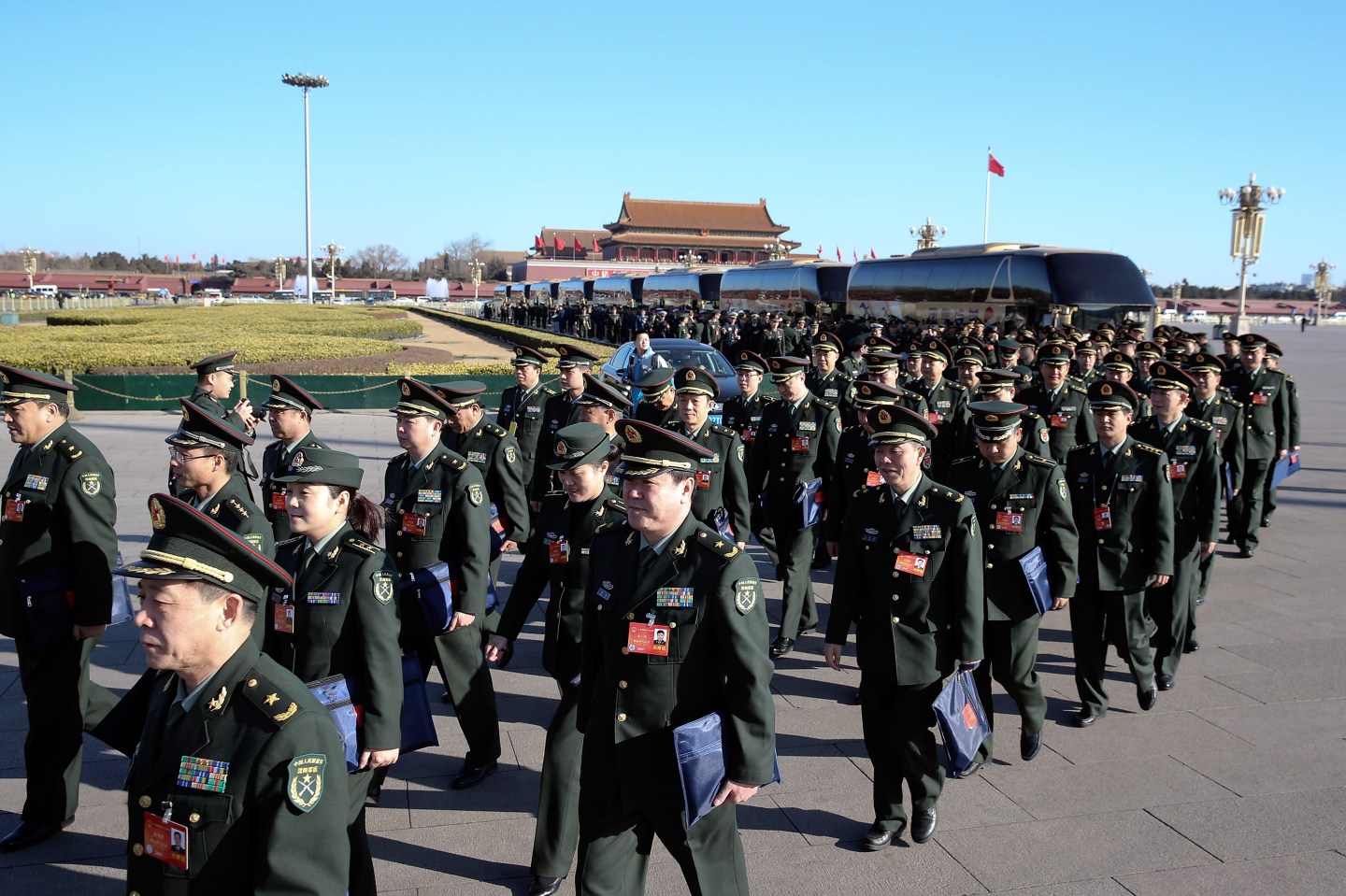 China’s spending on defense probably topped $145 billion last year,  as the country continued to upgrade its miliatary capabilities, the Pentagon estimated in its annual report to Congress on Chinese military power.

In the report, published only days after Defense Secretary Chuck Hagel accused China of destabilizing south-east Asia by pursuing territorial claims, the Pentagon warned that two decades of sustained heavy investment means China is fast closing the technology gap with the U.S. and its allies in key areas such as missiles and cyber weaponry.

The Pentagon estimates China has raised defense spending by an average of over 9% a year for the last 10 years, and said it has both the money and the desire to carry on doing so “for the foreseeable future,”  something that must ultimately tip the balance of power in a region where the U.S. has been the dominant military power since World War 2.

“China’s military investments provide it with a growing ability to project power at increasingly longer (sic) ranges,” the Pentagon said, noting that the country sea-tested its first aircraft carrier last year, as well as continuing to develop a fifth-generation fighter plane. It has also made big strides in developing technologies for jamming communications and electronic warfare.

The Pentagon’s estimate of China’s spending is over 20% above  the $119.5 billion that China officially said it spent on defense last year.  However, it noted that exact estimates are difficult owing to the “poor accounting transparency and incomplete transition from a command economy.”

The Pentagon said the Chinese military appeared to be preparing mainly for potential conflicts in the Strait of Taiwan, but also noted that it staged its largest-ever open-ocean naval exercise last year in the Philippine Sea.

China’s claims in the South and East China Seas have led to a series of incidents over the last few years, notably with U.S. allies Taiwan and Japan, but also more recently with Vietnam.  A Chinese ship last week rammed and sank a Vietnamese fishing boat in disputed international waters where China was drilling for oil.