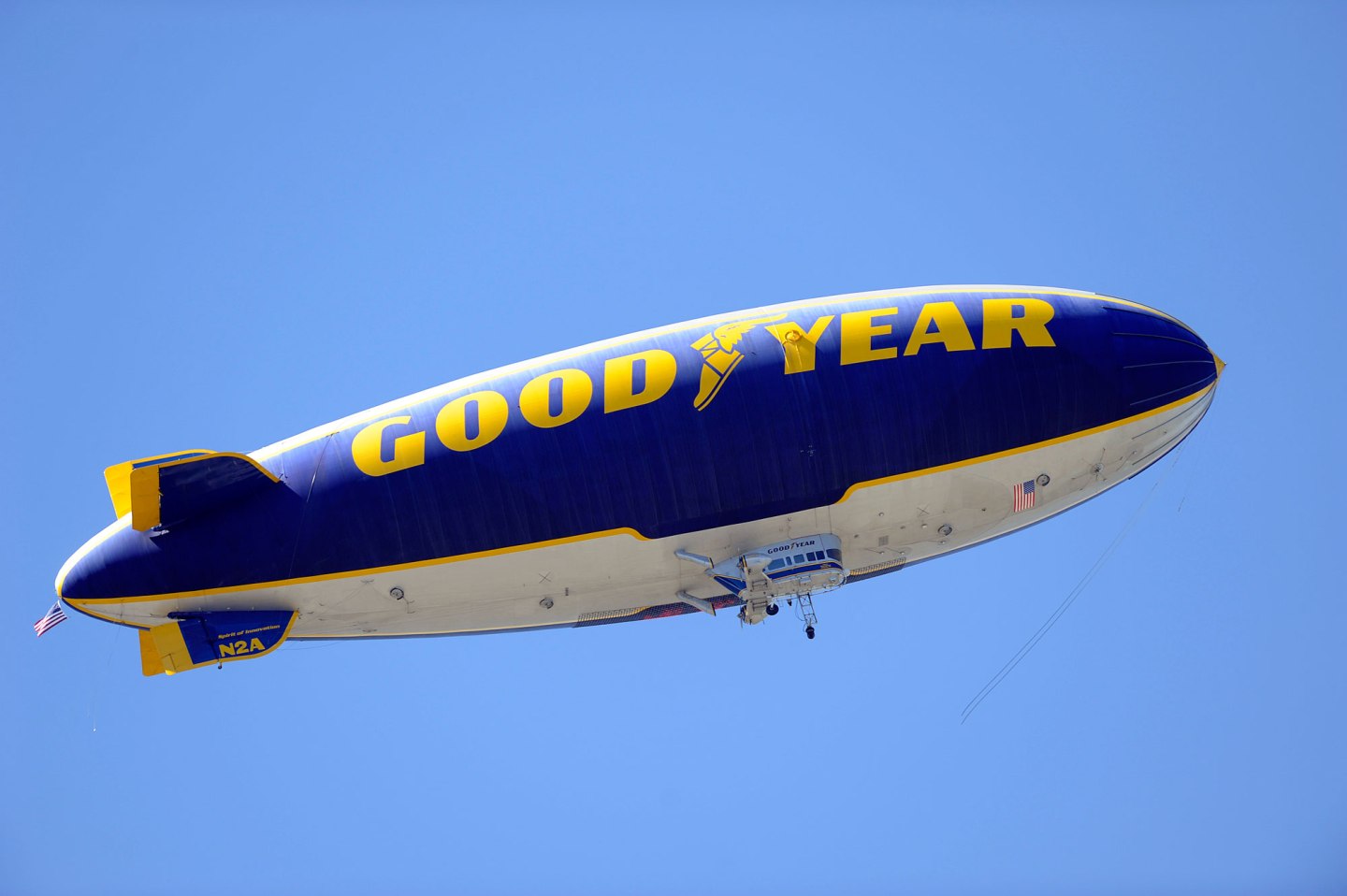 Long since blimps stopped being useful, besides as floating billboards, America still associates the airship, somewhat ironically, with the tire company Goodyear (GT).

But according to the Associated Press, the Goodyear Blimp — technically called The Spirit of Goodyear — has been retired and will be replaced by another set of airships, although they technically won’t be blimps. That’s because they will include a fixed structure that holds the gas-filled balloon in place.

“It’s a brand new design. It is a much larger airship. It’s a semi-rigid dirigible,” Goodyear’s Priscilla Tasker told the AP.

If you spy the blimp on TV, say hovering over your favorite high-profile sporting event, you likely won’t notice a change, as the airships will look similar to previous incarnations, and they’ll still be used as a means to take overhead camera footage.