The revolving door at ABC’s “The View” continues 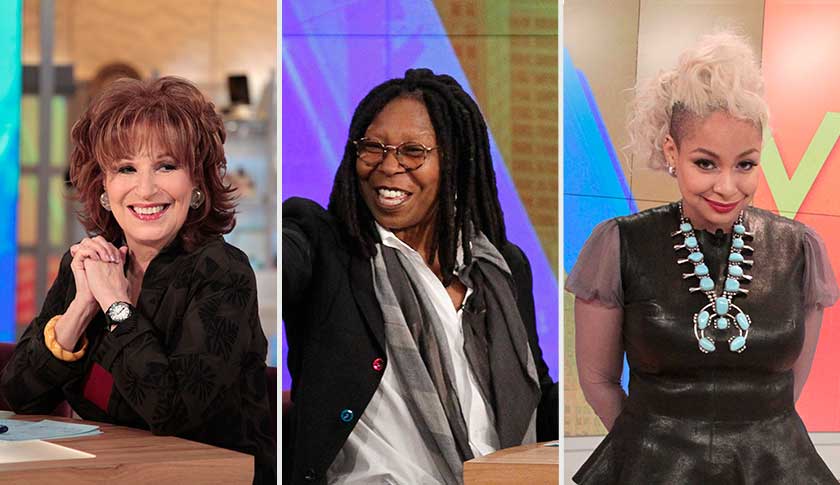 Longtime fans of the ABC morning talk show “The View” will be happy to hear about the return of a familiar face to its cast. Comedian Joy Behar, one of its original panel members, is coming back for season 19 after leaving the show in 2013, ABC announced.

In 18 years on the air, “The View” has weathered its fair share of upheaval. Its panel of female co-hosts has included such strong personalities as Barbara Walters and Elisabeth Hasselbeck, who would verbally spar over the hot-button topics of the day, sometimes bitterly. But they always showed up for work the next day and did it all over again.

During the last couple of seasons, this has ceased to be the case. Some cast members have come and gone in less than a year, and harmony has not exactly reigned supreme behind the scenes either. Co-executive producer Bill Wolff has been without a counterpart since Brian Balthazar left in February, and this situation wasn’t rectified until August 17, when Brian Teta of “The Late Show with David Letterman” was finally announced as his replacement.

It remains to be seen if the upcoming season will see the situation stabilize. It begins on September 8 after its summer hiatus and in addition to Behar, it will feature Whoopi Goldberg, Sherri Shepherd, Raven-Symoné and Michelle Collins, according to Deadline, as well as Candace Cameron Bure and Paula Faris in a part-time capacity.

Fortune presents a look at co-hosts of “The View” who, for one reason or another, left the show or were sent packing, depending on whose lawyers you talk to.

Star Jones was one of the first co-hosts of “The View,” and she stayed onboard for nine seasons. However, she can be said to be the first co-host to leave in a storm of controversy, and she did it before leaving in a storm of controversy was cool. More specifically, she did it on the air during the live broadcast, days before any announcement was supposed to be made.

The next day, Jones was conspicuously absent from the show, despite the fact that her expiration date had not yet been reached. “It is becoming uncomfortable for us to pretend that everything is the same at this table,” Barbara Walters said in the calm, measured tones of a veteran newscaster trying not to explode with rage. “And therefore, regrettably, Star will no longer be on this program.”

Nicolle Wallace, communications director for former President George W. Bush, joined the show’s panel in September 2014. Presumably, she would bring the politically conservative perspective to the proceedings that had vanished when Elisabeth Hasselbeck left to join “Fox & Friends.”

According to Variety, Wallace was fired from the show in July 2015 for not being obnoxious or confrontational enough with her views. Among those most surprised by the firing was Wallace herself, who said that she found out that it had taken place by reading about it in Variety. “It shattered my naivete about television,” she told Variety.

Comedian Sherri Shepherd joined the cast of “The View” during season 11. She raised eyebrows on numerous occasions, such as when she contended that she did not know whether or not the earth is flat. She was eventually let go, and bid the show adieu after season 17, but she wasn’t bitter about it — she even used it as material for a stand-up performance, where she joked that she stole Louis Vuitton shoes from the set, wrapped in paper towels.

In July, The Hollywood Reporter announced that she is to return in season 19, which begins next month. Here’s hoping that she will regale audiences with further pearls of wisdom as illuminating as her contention that soul singer Shirley Caesar is “the black Patti LaBelle.”

A former Playboy Playmate of the Year and star of the 1996 film “The Stupids,” Jenny McCarthy is best known as a proponent of the belief that a link exists between vaccines and autism. When she joined the cast of “The View” in 2013, she was inundated with criticism for her views.

Her detractors included such groups as the nonprofit pro-vaccination organization Every Child By Two and such writers as Alex Pareene, who wrote an article for Salon titled, “Dear ABC: Putting Jenny McCarthy on ‘The View’ will kill children.” Her tenure ended after one season, but she said that it had nothing to do with her views.

“[ABC] wanted to make sure the table was diverse,” she told the television show “Good Day NY” when she appeared on the show in September 2013. “So they consider when Rosie [O’Donnell] was coming back it was too liberal, and they wanted a conservative and they wanted a Latina, so they got Rosie Perez and their Elisabeth [Hasselbeck], if you will, so that way it was a balanced table with more diversity.”

Rosie Perez has been a fixture of the entertainment world since Spike Lee’s 1989 film “Do the Right Thing.” She joined the cast of “The View” in September 2014, but early on there were already signs that it wasn’t going to work out.

Three months after joining the cast, she left to begin rehearsals for the Broadway play, “Fish in the Dark.” When she came back, rumors swirled that a shakeup of the show’s panel was in the offing, and she was going to be a casualty of it. She left the show “to pursue full time her love for acting,” an ABC memo said.

No co-host of “The View” has been at the center of more turmoil in as little screen time as comedian Rosie O’Donnell. She stormed off of the show after a battle royale with resident conservative Elisabeth Hasselbeck, which played out before a live audience in all its split-screen glory. The confrontation prompted O’Donnell to leave the show three weeks before her contract was up.

In July 2014, she rejoined the cast for its 18th season, but in February 2015, she left a second time, citing health reasons. However, she said that her second break took place under much better terms than the first one did, and that she had the full support of everyone involved with the show. “Nobody wants to do anything that’s going to affect someone’s health, so they get it,” she said.