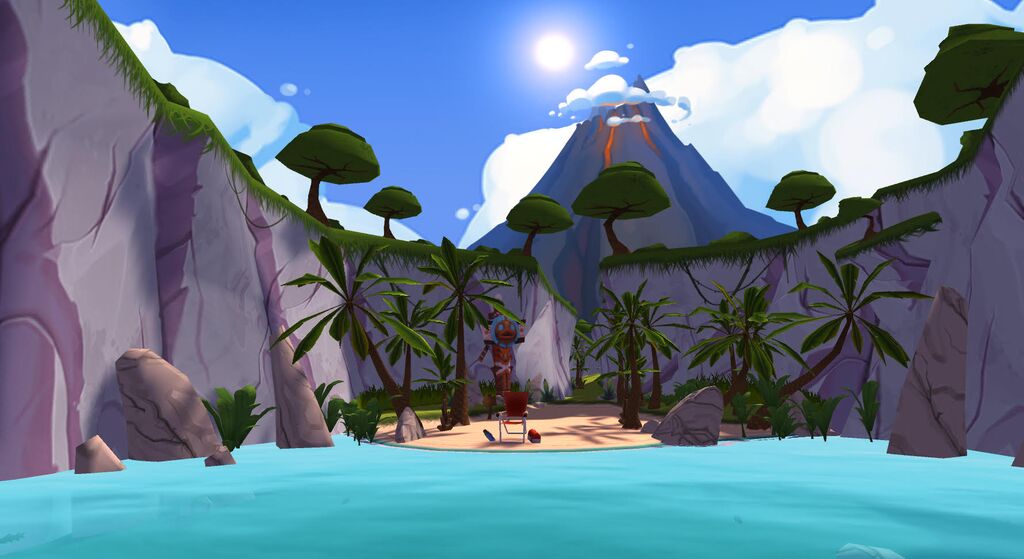 Resolution Games, the VR mobile game startup co-founded by Candy Crush developer Tommy Palm, just closed a $6 million Series A funding round led by Google Ventures (GOOG). To date, this is the largest investment round for any VR games developer.

Google Ventures general partner Joe Kraus says they invested in Resolution Games because of the strength of the team and their history of working together to produce great titles.

“VR is an experimentalist field—it’s about trying things and seeing what works,” Kraus says. “This team has great skills in this regard. Mobile VR is going to be the big long-term winner, and more casual-but-immersive gameplay is going to be important.”

Other backers include Creandum, Initial Capital, Bonnier Growth Media, Partech Ventures, and more. This investment allows Resolution to turn more of its concepts into VR games, including a still-untitled fishing game.

“We aim to make accessible games that anyone can enjoy,” Palm says. “I think fishing is a great theme that a lot of people instinctively can relate to—whether they grew up fishing, still love to fish or have just been around it at some point in their lives. This title will not be a fishing simulator, but more an adventure game with fishing mechanics as the main hook.”

For now, the Stockholm-based studio is focused solely on the mobile VR market. Palm says the graphical quality you can get out of a modern smartphone is amazing from a gaming perspective.

“When I see the game room in Solitaire Jester I find it truly unbelievable how much the graphic power of an everyday device has increased in the past five years,” Palm says. “With a regular smartphone and a Samsung Gear VR headset you can finally be truly inside the game itself.”

Kraus believes mobile VR is going to be the long-term winner simply because of the lower total cost of ownership.

“For $200 you can have a Samsung Gear VR and get a great experience,” Kraus says. “For a few bucks you can have [Google] Cardboard. For $1,300 you can have desktop VR. At the moment, desktop is definitely more immersive and has better performance, but I think the lower total cost of ownership for mobile VR will drive a bigger long-term market, and I have confidence in the ever-increasing performance of mobile over time.”

Resolution has two small development teams, so it can work in parallel on new VR games moving forward. The company has several prototypes in the works for games targeting casual VR gamers.

“VR adds presence and immersion to games, you feel like you have instantly been teleported somewhere else,” Palm says. “If you like to use games as a way to relax and escape your everyday life now and then, I am sure you are going to love playing these types of games in VR. Characters are very effective in VR as well, you can relate to them much more than in any other platform.”

Palm hopes that his characters and a unique take on fishing will attract more interest—but for now, he’s already hooked some of the biggest investment sharks out there.