This dental insurer knows exactly how often you brush your teeth 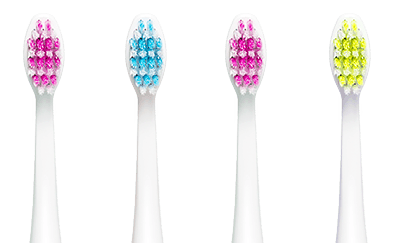 America, you should brush your teeth more often! Thanks to Beam Technologies, which makes both an Internet-connected toothbrush, I now know that customers in Beam’s pilot only brushed their teeth 1.75 times a day, which is better than the national average of once a day for a mere 45 to 70 seconds. Dentists recommend you brush your teeth twice a day for two minutes. What are we, a nation of toddlers?

On Tuesday, Beam started accepting applications for its newest business: A dental insurance plan based on its connected toothbrush. The toothbrush provides data that theoretically will help lower the overall cost of insuring customers.

Alex Frommeyer, the CEO of Columbus, Ohio-based Beam Technologies, is banking on his knowledge of data like how often people brush their teeth to help lower the cost of providing dental insurance to companies around the country, and contends stats like the one above show that his program works. Frommeyer, who Fortune wrote about in June, is building an entirely digital insurance company that will use the connected toothbrush he invented, as well as web-based enrollment and business tools to lower dental insurance premiums by as much as 25%.

After ten weeks of trials, Frommeyer says that he doesn’t have enough actuarially proven information to say whether he can rely on the connected toothbrush to help lower premiums by providing more information about the costs of providing care to patients. But he can say with certainty that enrolling new customers is cheaper.

He declined to say how many companies the plan has signed up. However, he did say the companies who have chosen Beam as their insurer have appreciated the novelty of the plan. It comes with a connected toothbrush for the employee and also includes a nationwide network of 100,000 dentists, the usual coverage for X-Rays, cleanings and filings. Unlike many other dental insurers, the Beam policy also covers orthodontia and includes toothpaste and floss, which Beam ships to the covered employee.

Like many dental plans, the Beam plan also limits the amount of money it will pay out to patients.

So far, the consumer isn’t worried about data privacy, said Frommeyer. When asked what happens if the average number of daily brushings slips from 1.75 or he wants to encourage customers to brush twice a day, he said that he can do so through the app that comes with the toothbrush. He can send customers stars and virtual rewards. But if those don’t have an effect, “then I’m helpless,” Frommeyer says.

So apparently, the Beam dental plan doesn’t use penalties to encourage good dental hygiene. It’s merely using data about users’ brushing habits and dental visits to encourage users to be proactive about their dental health. In this way it mimics the way that American Family, a property insurance company, is working with Nest, the maker of Internet-connected products, to put Nest Protect smoke alarms in homes to ensure that homeowners have an early warning system in case of fire.

Both plans are about gently pushing policyholders to adopt healthy habits that should also benefit the insurer by reducing payouts.

Updated: This story was updated with the national brushing stats.