From prison to TV ads: 5 celebs who got big deals despite serving time 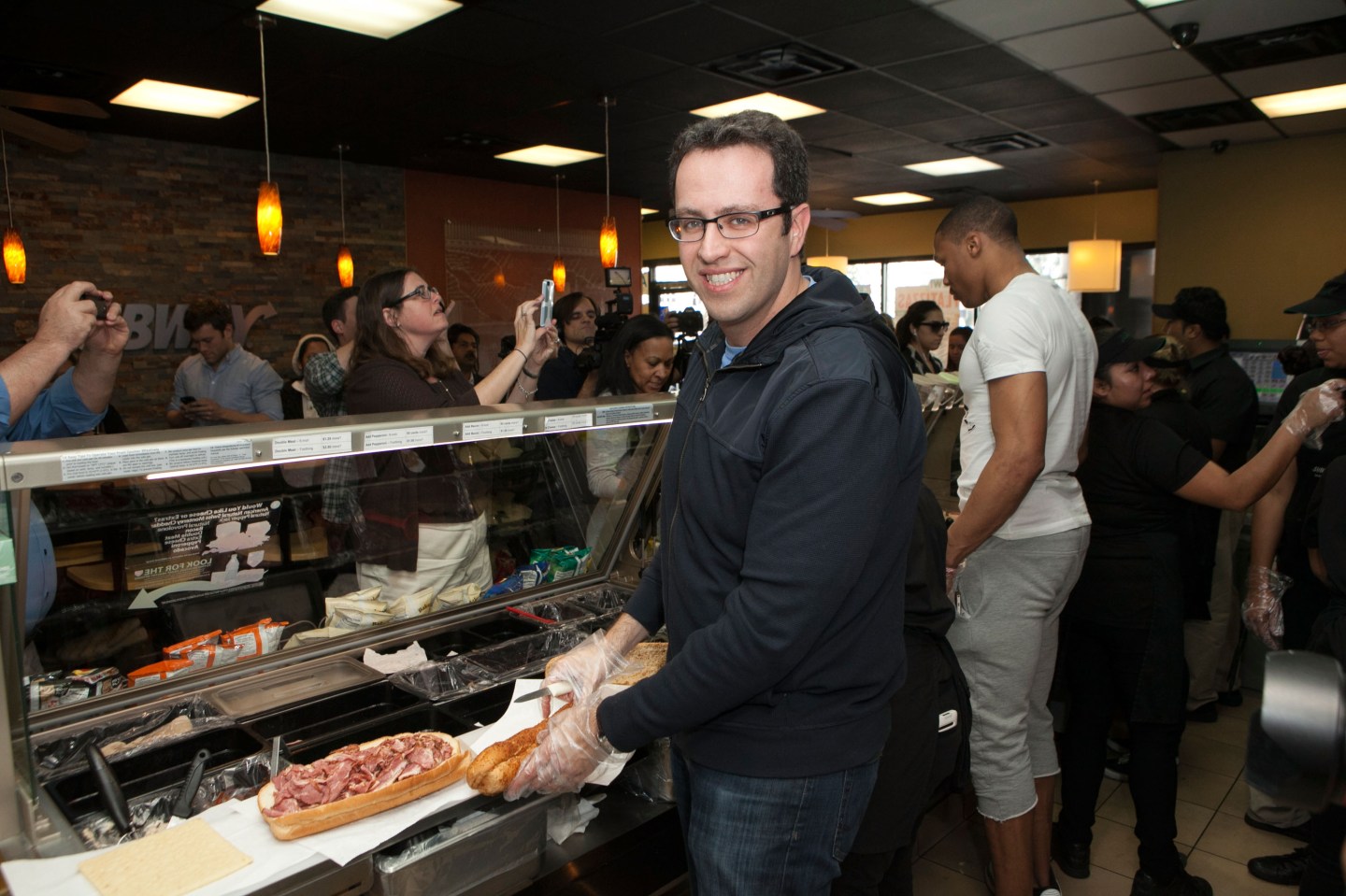 Former Subway spokesman Jared Fogle is going to prison. He has agreed to plead guilty to charges of possessing child pornography and paying for sex with minors in exchange for serving a sentence of no more than 12 ½ years, and payment of $100,000 to 14 victims, a total of $1.4 million.

Fogle, who once weighed over 400 pounds, became a celebrity thanks to an advertising campaign in which he attributed his loss of 245 pounds to exercise and healthier eating habits, which included eating Subway sandwiches. It not only made him famous, it made him rich – in 2013 The New York Daily News put his net worth at $15 million.

That’s all over now. The heinous nature of his alleged crimes make it inconceivable that he could enter the public eye again once his sentence is over, and his chances of going back to being a pitchman would seem to be nil – one is only slightly more likely to see O.J. Simpson representing Hertz rental cars again.

Still, that doesn’t mean that people who have been convicted of crimes have never come back and pitched products again once their debt to society was repaid. It helps, of course, if they committed crimes that aren’t considered universally repugnant, but nonetheless, a jail stint isn’t necessarily a disqualifying event if you still have the star power and perhaps show enough contrition when you get out.

Fortune presents a list of celebrities who did the crime, did the time and still went on to pitch products anyway.

In 2007, socialite Paris Hilton was sent to jail for violating probation related to a reckless driving case. She was released after 21 days and took to the airwaves to tell Larry King that she had gotten through the ordeal thanks to fan mail and her unshakeable belief that “God does make everything happen for a reason.”

Since then, she has gone on to become a successful designer, but could she recapture the glory that was once hers when she appeared in the Carl’s Jr. commercial that aired during the 2005 Super Bowl? Well, in July 2015, she appeared alongside actor Verne Troyer in an advertisement on U.K. television for the bgo online casino, laying to rest all such doubt.

You may not know Danny Trejo by name, but you’ve probably seen the tattooed, mustachioed actor in such ridiculously violent movies as “From Dusk Till Dawn” and “Machete.” He is more qualified than most to star in these blood-soaked outings, as he once resided in such California correctional facilities as San Quentin for 11 years for drug and robbery convictions, and he told USA Today, “Hell, for all I did, I could be headed to the gas chamber.”

That’s all behind him now, and he has enjoyed a very successful 30-year career as a character actor ever since. In February, he appeared in a Snickers commercial that ran during the Super Bowl. In it, he portrayed Marcia of “The Brady Bunch” prior to satisfying her hunger with the candy bar, who then returned to Maureen McCormick form after eating it. The commercial also starred Steve Buscemi as Jan.

William Drayton Jr., better known as Flavor Flav, is a member of the hip-hop group Public Enemy and star of the VH1 reality series “Flavor of Love.” According to Entertainment Weekly, he spent much of his youth “bouncing in and out of jail for robbery and burglary,” and in 2002 he did a stint at New York City’s Rikers Island for driving with a suspended license, showing up late to probation meetings and getting lots of parking tickets.

Still, none of that has interfered with Flavor Flav’s ability to pitch a product. He appeared in a star-studded Super Bowl advertisement for Pepsi in 2012, which featured singer Melanie Amaro and Elton John alongside the former Public Enemy hype man.

Long ago, in a forgotten era known as 1992, serious actor Mark Wahlberg was rapper Marky Mark, the less famous younger brother of New Kids on the Block’s Donnie Wahlberg. What was less known was that when he was 16 years old, he had attacked a man and left him blind in one eye according to ABC News. He was arrested for attempted murder, but he pleaded guilty to assault and spent 45 days in jail.

Despite his criminal record and his status as a “terrible rapper,” The New York Times also called him “quite possibly, the greatest underwear model the world has ever known,” based on the iconic billboard campaign in which he posed for Calvin Klein, a feat that he repeated with supermodel Kate Moss for television advertisements.

Without Chuck Berry, rock and roll as we know it would not exist. His songs, such as “Maybellene” and “Johnny B. Goode” are cited as the ones that made John Lennon and Keith Richards first pick up guitars, but he also served a 20-month prison sentence in 1961 for violating the Mann Act, which prohibits the transportation of women or girls across state lines for the purposes of prostitution. A 14-year-old girl was involved.

After his release, time passed and his career recovered, to the point where he is now considered one of rock and roll’s elder statesmen. Thirty years ago in fact, his image was considered rehabilitated enough for him to appear in a 1985 television commercial for Diet Coke.