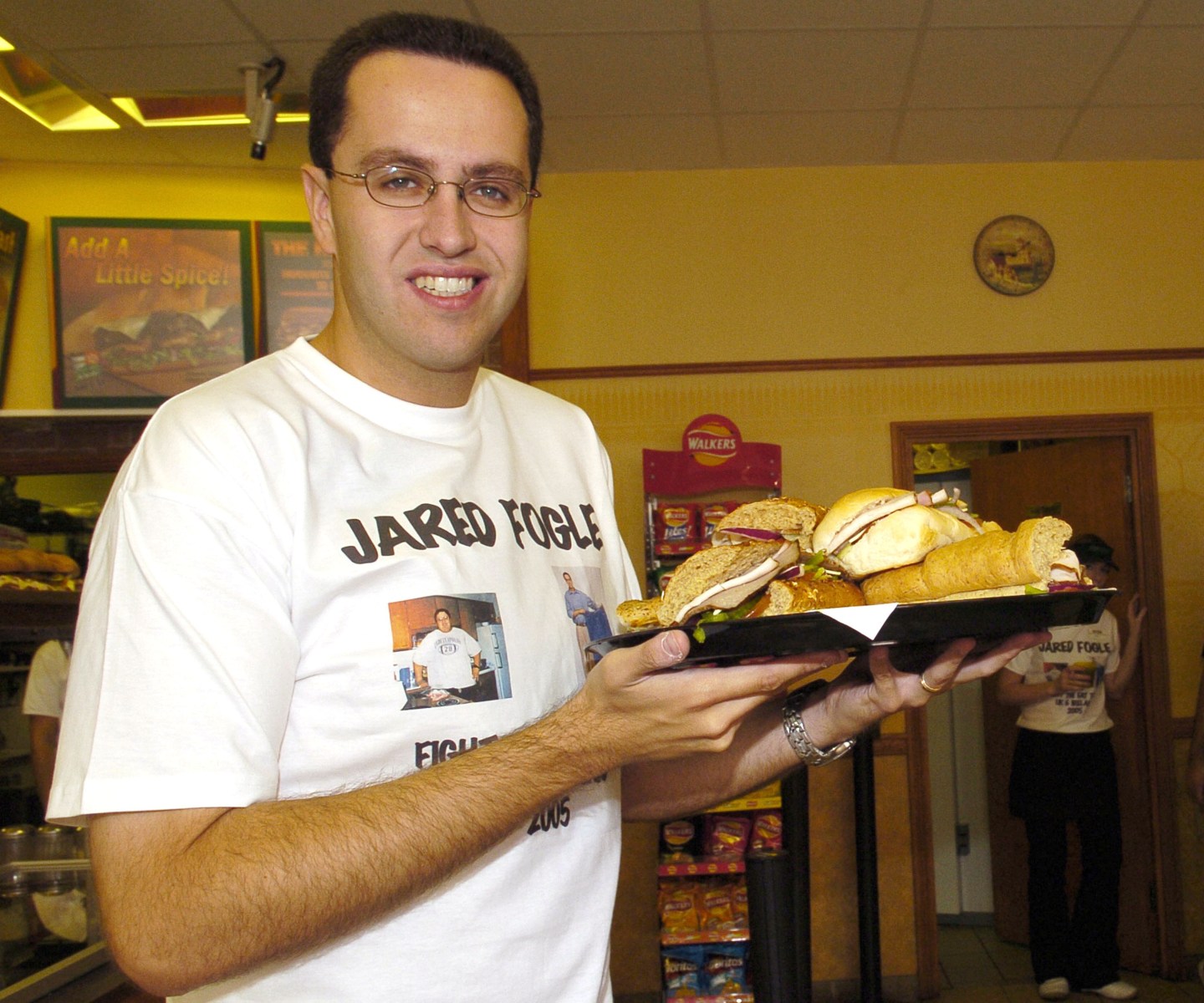 Jared Fogle, ex-Subway pitchman, will plead guilty to charges of having sex with minors and distributing child pornography in court today.
Photograph by David Lodge—FilmMagic/Getty Images

Former Subway spokesman Jared Fogle has agreed to plead guilty to allegations that he paid for sex acts with minors and received child pornography, according to the Associated Press.

Fogle will pay $1.4 million in restitution to 14 minor victims, who will each receive $100,000 as part of a plea agreement, according to court documents from federal prosecutors cited by the AP, and he will be required to register as a sex offender and will seek treatment for sexual disorders.

The documents reportedly say Fogle travelled to New York for sex with at least two minors between about 2010 and 2013, and also emphasized that Fogle asked one of the minor victims “repeatedly … to provide him with access to minors as young as 14 years” for sex.

The documents also allege that on “multiple occasions” between about 2011 and 2015, Fogle received child pornography from Russell C. Taylor, the former executive director of his charity, The Jared Foundation, the AP said.

Earlier this week, Subway cut ties with Fogle for good.

Fogle was set to appear before federal magistrate judge Mark Dinsmore at 11 a.m. in Indianapolis. The U.S. attorney’s office has scheduled a news conference for 12:30 p.m. to discuss the case.