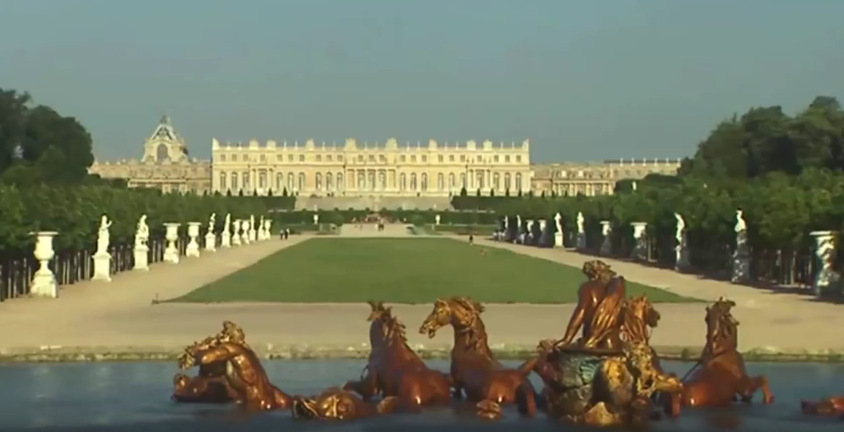 The Palace of Versailles, one of France’s most noted landmarks, has fallen upon hard times. So, the French government has announced it is building a five-star property with the Palace, once the seat of the French monarchy. Three neglected mansion buildings that date back to the 1680s and sit 200 yards outside of the palace gates will be turned into luxury lodging, according to a report by Reuters.

Though the nearly 400-year-old palace 12 miles southwest of Paris is a wildly popular tourist destination—attracting 7 million many visitors a year—the French government has slashed its funding from about $54 million in 2013 to about $46 million this year. The maintenance-intensive complex needs to make up the shortfall somehow.

The renovation of the buildings and the construction of a hotel within Versailles’s walls would cost roughly $4.44 million to $7.77 million, according to French newspaper Journal du Dimanche.

A percentage of the profits would go towards the maintenance of the palace as a whole. The management of the Château de Versailles, as the palace and grounds are known locally, is looking for a private firm that can create and fund the construction and run the hotel. The transaction is being negotiated by the Entreprise du Patrimoine Vivant (Living Heritage Company, or EPV), which is a state-run agency that promotes traditional French businesses.

Attempts to build hotels at Versailles have been tried, unsuccessfully, before. According to HotelChatter.com, a travel-industry insiders’ site, one deal was nearly sealed in 2012. This latest iteration, to be called Hotel de l’Orangerie, will boast 23 rooms with views of the former palace. Guests will likely be able to gaze out at the palace’s famous Orangerie, home to Louis XIV’s famous citrus trees, designed by baroque-architecture master Jules Hardouin-Mansart between 1684 and 1686.“There will be no other hotel in the world like this one,” a palace spokesperson told The Daily Telegraph. “This is an emblem of French history and a cultural landmark. It will be an authentically royal experience.”

According to the Daily Telegraph, the successful bidder will be given a 60-year license to operate the hotel. The move comes as the French government recently began a major initiative to boost tourism. Tourism accounts for 7% of the European nation’s economy, and revenue has been falling, trailing China, Spain, and the United States. Laurent Fabius, France’s foreign minister, has set a goal of attracting at least 100 million international visitors by 2020—a boost from 84 million in 2014—through improving customer service.

Already a popular tourist attraction, this hotel would seem to be a good bet. Originally a stone hunting lodge, Versailles saw an elaborate renovation beginning in 1682, when the notoriously over-the-top King Louis XIV got ahold of it. The buildings—including the epic Hall of Mirrors—and park-like grounds of Versailles remained the seat of France’s royal power that ended abruptly in 1789. The French Revolution began in Paris in October of that year, and France’s monarchy toppled shortly thereafter. Slated to open in 2016, new hotel will provide a taste of the royal life to the very first overnight guests inVersailles since the days of Marie Antoinette.

Here’s a look at the Palace of Versailles:

An earlier version of the story contained an incorrect lead photo.