What is the real unemployment rate in China? 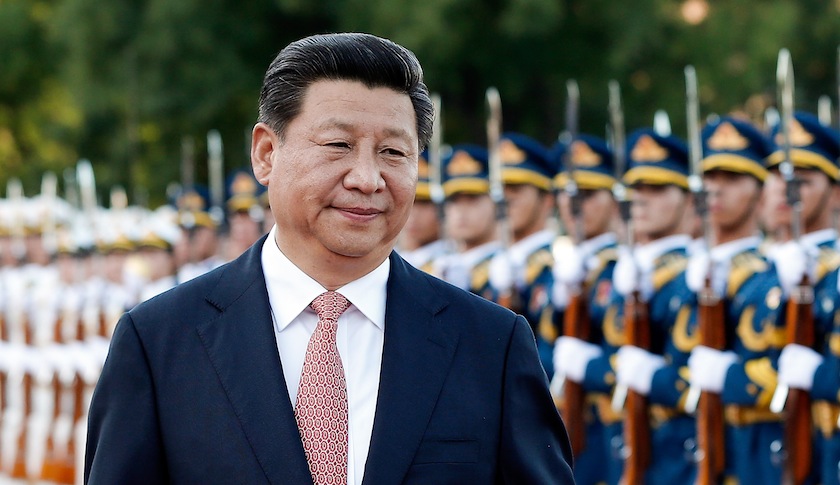 The Western world has long been frustrated by the lack of reliable government data on the Chinese economy, and there is no statistic less credible than the nation’s official unemployment rate.

As the Financial Times put it earlier this year, “China’s official unemployment statistics are the worst of a notoriously unreliable set,” pointing out that the unemployment rate has fluctuated between just 4% and 4.3% despite the fact that quarterly, year-over year growth has been as high as 14% and as low as 6%.

Everyone knows that the unemployment rate in China isn’t 4%, but nobody can agree on an alternate measure. This week, in a working paper for the National Bureau of Economic Research, Feng Shuaizhang of the Shangai University of Finance and Economics and Hu Yingyao and Robert Moffitt of Johns Hopkins University try their hand at estimating the real unemployment rate in China.

The results are startling. As you can see from the chart below, these economists argue that the unemployment rate in China has long been higher than in most high-income countries, like the United States:

Some commentators have used this study to hint that not all is well in the world’s second largest economy. As economist Alex Tabarrok writes, “Keep an eye on China and don’t be surprised by the unexpected. In China it’s not just the unemployment rate that is more volatile than it appears.”

There are plenty of reasons to believe that the Chinese economy is deteriorating fast. But if the unemployment rate is really 10% rather than 4%, what does that actually say about China’s economy? The short answer is not much, because what constitutes unemployment isn’t cut and dry. To calculate the unemployment rate, you have to make arbitrary cutoffs, like what constitutes full-time employment and who we should count as a member of the labor force. Also, comparing unemployment rates between advanced countries like the United States and middle-income countries like China is very difficult because the latter tend to have much larger informal sectors that can provide their people with enough income to get by.

When looking at the unemployment rate, trends matter most. And even by the analysis above, unemployment in China is headed downward, and for the past decade, hasn’t been more volatile than the official rate. Many place considerable weight on China’s unemployment rate because of a belief that the Chinese people have made a pact with the Communist Party: they’ll accept restrictions on freedom, and Communist-party corruption, as long as China’s standard of living continues to rise.

High levels of unemployment don’t bode well for the standard-of-living component of that pact, but other measures of the economic health of the median Chinese citizen are doing just fine. According to The Economist, “One alternative is a survey of urban employment centres published by the ministry of human resources and social security. This shows that for every job seeker, there were 1.06 job openings in the second quarter this year, implying that the labour market is actually very tight.” Meanwhile, it looks like the income of the average Chinese person continues to rise, even at faster rate than China’s GDP.

These are the trends that Chinese President Xi Jinping must continue to foster. To do that, he’ll have to take actions that boost the income of ordinary workers and, as a result, restrict the privileges of the upper class, many of whom are closely connected with the ruling Chinese Communist Party. That means angering exporters who want cheap labor and a cheap yuan, local party leaders who want to fund their government by selling land to developers financed by cheap money, and reining in economically inefficient state-owned enterprises.

There’s evidence that efforts to rebalance China’s economy are already being reversed, amid a stock market collapse and quickly falling growth. If the economic troubles plaguing China’s start to result in a trend of higher unemployment, we might see Beijing reverse course more quickly, relying on state operated enterprises to boost employment and suppressing wages to kickstart the great export machine again. All of this would spell bad news for China in the long run, but what’s most important is where unemployment is headed, not the rate itself.