Is the unemployment rate really just a ‘Big Lie’? 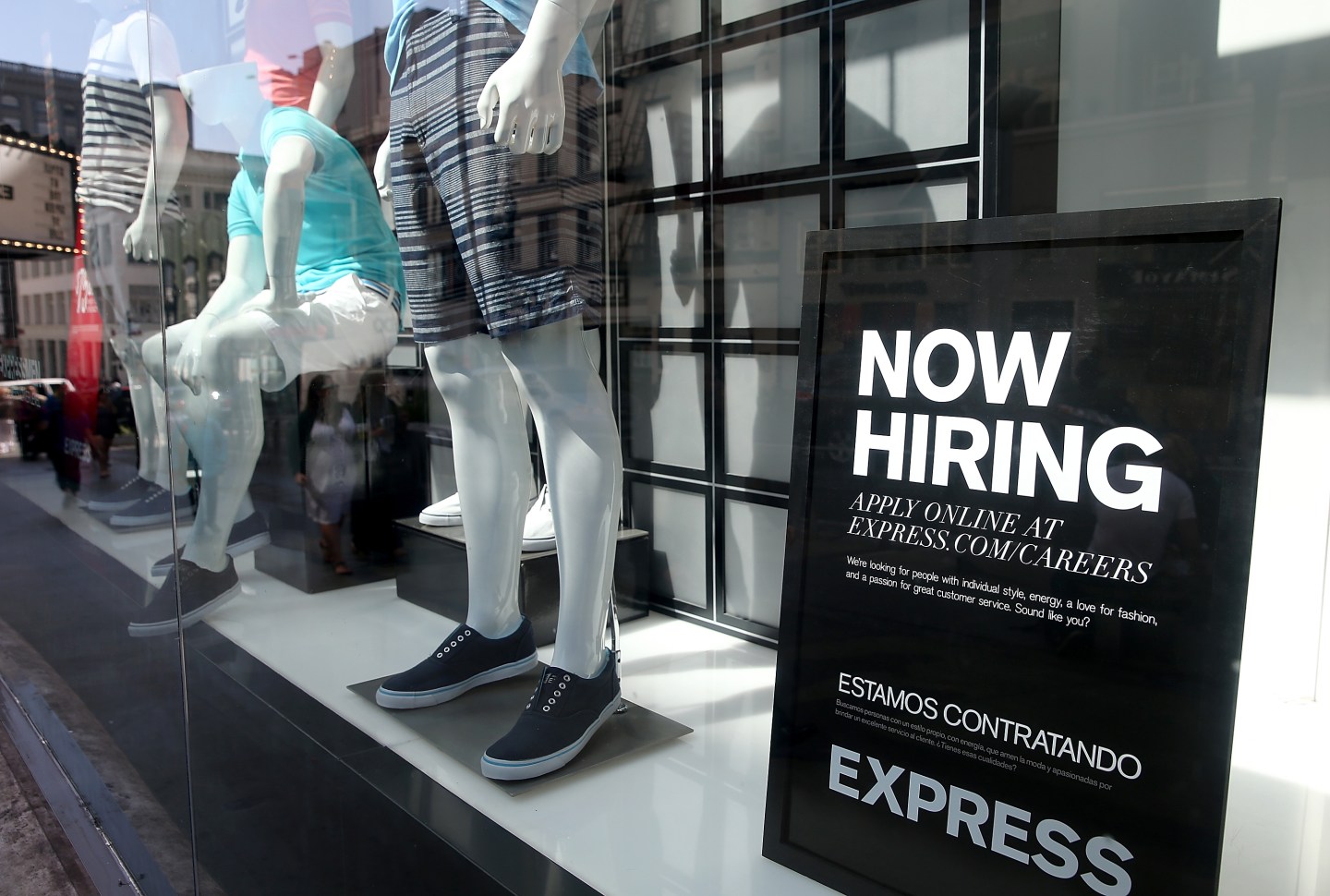 Jim Clifton, CEO of the polling service Gallup, wants to expose a conspiracy theory so vast that it will indict not just the government, but Wall Street and the media as well. These three entities have worked in concert to prop up the “Big Lie” that America’s unemployment rate is a mere 5.6%, as the Labor Department claims.

Writes Clifton in a blog post published Tuesday on Gallup.com:

Here’s something that many Americans — including some of the smartest and most educated among us — don’t know: The official unemployment rate, as reported by the U.S. Department of Labor, is extremely misleading.

Clifton explains, accurately, that the Labor Department counts someone as employed even if they are working part time but want a full time job. It also considers people who have no job and haven’t looked for one in the past four weeks as “not in the labor force,” rather than unemployed. Clifton continues:

There’s no other way to say this. The official unemployment rate, which cruelly overlooks the suffering of the long-term and often permanently unemployed as well as the depressingly underemployed, amounts to a Big Lie.

First, a little explainer on why the official unemployment rate, also called U3, is compiled the way it is. The Labor Department releases six different measures of unemployment, using different assumptions for each one. The U1 rate, for instance, only counts people who have been unemployed for less than six weeks, while the broadest measure, U6, counts as unemployed folks who are working part time but wish to be working full time. It also marks people who don’t have a job but have looked for one in the past year (rather than four weeks as with U3) as unemployed.

Why doesn’t the Labor Department just count all people without a job as unemployed? Because it wants to distinguish between the truly unemployed and those people who are, for instance, retired, or staying home to take care of the house or family while a spouse works. Counting these people as not part of the labor force is more accurate than saying that they are unemployed.

In other words, the Labor Department has to make some distinctions to present an accurate portrayal of the labor market. If you simply want to know what percentage of the population has a job versus those that don’t, there is a statistic for that too. It’s called the employment-to-population ratio. But that number tends to rise and fall for demographic and social reasons. It rose throughout the late 20th century, as women began to join the labor force in large numbers. And it is now trending downward, mostly because of the aging of the population.

But focusing on this number won’t tell us how strong the labor market is relative to, say, five years ago. That’s why we have to designate some people as in the labor market and others as not. Some argue that the U6, which counts the underemployed as unemployed is a better gauge of the the labor market’s health. And they have a leg to stand on. But if you’re trying to understand what percentage of the labor market doesn’t have a job, counting people with part-time jobs as unemployed would also be misleading.

Finally, for the unemployment rate to be a “Big Lie,” you’d have to believe that human beings have an innate understanding of what constitutes a good unemployment rate. Why is a 5.6% unemployment rate good, anyway? That still means that millions of Americans are out of work. We think it’s good because we lived through a period of 10% unemployment not that long ago. And by any measure, U6 or U3, the job market is better today than it was in 2009.

US Unemployment Rate data by YCharts

Sure, Wall Street and the White House might have an incentive to convince people that the economy is better than it actually is. (The media, on the other hand, is encouraged to play up bad news, which gets more attention.) But it’s an insult to the public’s intelligence to suggest that it could be tricked into thinking the economy is good just because the Labor Department says so.

Is the economy as good as it was the last time the unemployment rate was 5.6%? No, but Americans know this. That’s why the most recent State of the Union address was laser-focused on the issue of stagnant wages and the plight of the middle class.

The unemployment rate isn’t a “Big Lie.” It’s simply one statistic among many that we use to judge the health of the economy.

But the American people don’t need government statistics to tell them whether they are employed or if their economic fortunes are rising or falling. You’d think the CEO of a polling company would know that.