Behind the Practice Fusion CEO switch 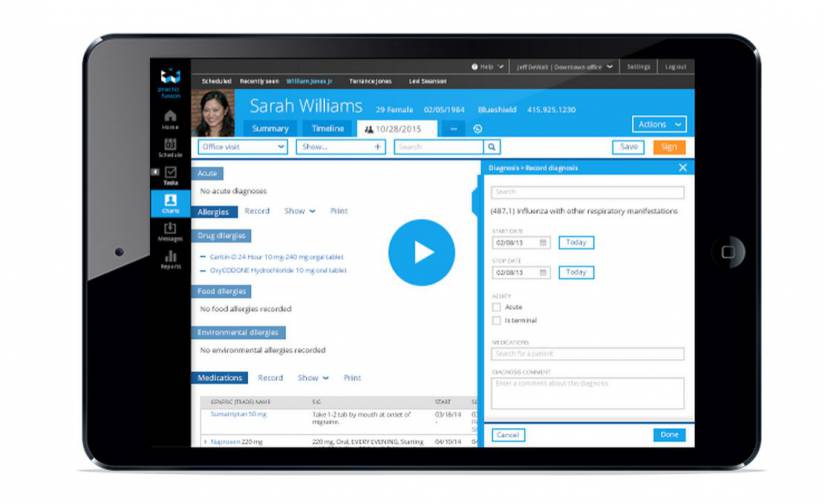 Ryan Howard founded Practice Fusion ten years ago to provide physicians and patients with free, cloud-based electronic health records software. Over that time, the San Francisco-based company has signed up more than 112,000 medical professionals who have created more than 110 million patient records, plus forged relationships with more than 70,000 pharmacies and 400 laboratories. It also has raised over $150 million in venture capital funding, most recently from Kleiner Perkins in late 2013 when it was valued at a reported $700 million.

Then, late last Friday afternoon, Practice Fusion quietly disclosed that Ryan Howard was out as CEO. Rather then distributing a press release or sharing the news via its Facebook or Twitter accounts, Practice Fusion instead buried a short statement and blog post on its own website. Both said that chief commercial officer Tom Langan had been named interim CEO and that Howard would retain his role as board chairman. Neither included comment from Howard, who also has not yet mentioned the switch on his personal social media accounts (Howard’s LinkedIn profile, for example, still lists him as CEO of Practice Fusion).

Multiple sources say that the CEO switch was a board decision rather than Howard deciding he was burnt out after more than a decade at the helm. The board (including Howard) had been talking for a while about the company’s future, and how it needed to significantly enhance its commercialization efforts. Remember, Practice Fusion doesn’t charge physicians or patients to use its software. Instead, it makes money by forging partnerships with enterprise clients, plus a smattering of data analytics and advertising.

Moreover, Practice Fusion’s top-line usage numbers may not be as great as they appear. Those 112,000 medical professionals are not exclusively physicians, and it’s the exact same figure that Practice Fusion featured on its website at this time last year. Research firm EHR Partners recently reported that while Practice Fusion is the preferred EHR provider for solo practices (15% market share) and those with up to three clinicians (12%), it becomes a much smaller player in larger practices. For example, the company only has 3% market share at practices with between four and 10 clinicians, and gets grouped in with “other” for larger practices (including hospitals). Across all segments, it has around a 6% market share. The company also does not disclose how many individual patients are reflected in its 110 million patient records — a figure that would be important in determining if drug companies would want to use (and pay for) Practice Fusion’s aggregate data.

Howard, however, was not really viewed by Practice Fusion’s board as a commercialization guy. Instead, his expertise was more on the product side, where Practice Fusion last year became fully-mobile.

Commercialization had been Langan’s role since joining in July 2014 from Symphony Health Solutions (where he led sales), and annualized revenue is said to be up around 70% year-over-year (no details on the baseline). Thus the decision to replace Howard with Langan, at least on an interim basis.

“There will be a formal search process, because that’s the responsible thing to do when it comes to picking a permanent CEO,” one source explained. “But clearly [Langan] is an obvious candidate, and this will give him some time to show he can be a good CEO, since he’s never been a CEO before.”

Langan also will be charged with helping raise a new round of funding for Practice Fusion, which had been speaking with prospective investors prior to the CEO swap. There also has been talk of an IPO for 2016, although Fortune was unable to confirm if such plans are indeed in place.

In an interview last night, Langan confirmed that the CEO swap was a board decision predicated on a desire for a more commercially-focused leader. At the same time, however, he insisted that Practice Fusion will continue to follow Howard’s “vision” (which, among other things, means that a subscription model is not in the cards) and that he will “work closely” with Howard moving forward. He also argued that the current data set is “unique” and superior to other data sets for ambulatory physicians.

Langan added that the number of medical professionals using Practice Fusion was now substantially higher than the 112,000, but declined to give specifics. He also would not break out how many of the medical professionals are physicians, the number of actual patients represented by the 110 million patient records or how much revenue Practice Fusion had booked last year.

Fortune has not yet spoken with Howard, although he did leave a voicemail late last night which we have since returned. If we do manage to connect, this story will be updated to reflect any new information.