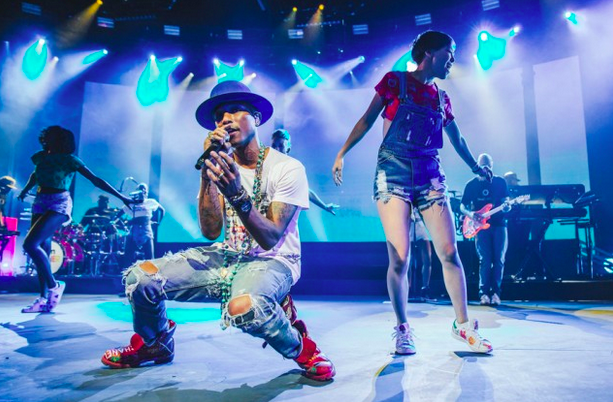 The concert series that used to be called the iTunes Music Festival always seemed like a labor of love.

Every September, Apple would book London’s Roundhouse theater, line up a roster of musicians, and produce 30 free concerts, one for every night of the month.

Fans who won the tickets by lottery heard—often before they were famous—the likes of Adele, Amy Winehouse, Ed Sheeran and Foo Fighters.

The bands, for their efforts, got great exposure and a slick, professionally produced music video available live and on demand.

But what, many wondered, did Apple get?

Now we know. It was an eight year investment in live music—and live musicians.

Apple issued a press release Tuesday announcing that this year’s iTunes Music Festival has been trimmed to a more manageable 10 days and rebranded: it’s now the Apple Music Festival.

“We wanted to do something really special for music fans this year,” said Apple senior VP Eddy Cue. “The Apple Music Festival is a greatest hits set of ten unbelievable nights featuring some of the best performers on the planet appearing live and interacting directly with their fans on Connect and Beats 1.”

The headliners named so far—and quoted in the release—are musicians that are already famous: Pharrell Williams, One Direction, Disclosure and Florence + The Machine.

The concerts will be broadcast live worldwide and made available exclusively and for a limited time on Apple Music and Apple TV.

After eight years of doing the festival for love, Apple has made it part a business plan.