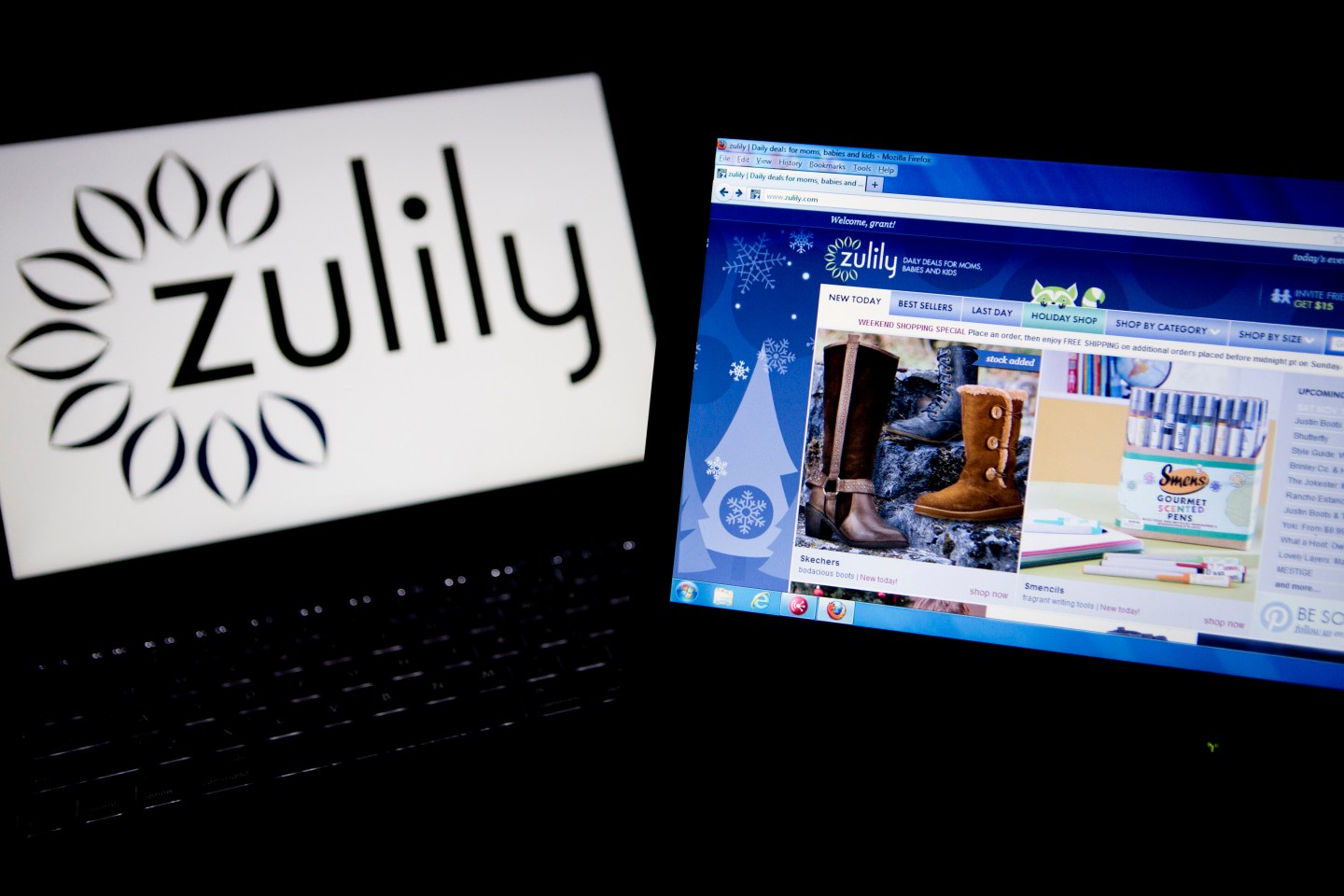 E-commerce company Zulily is a bonafide unicorn, having raised VC funding in late 2012 at a $1 billion valuation. One year later it would go public at around a $2.7 billion valuation, and saw its stock price climb more than 86% in the middle of its first day of trading.

Today it agreed to be acquired by QVC, a unit of Liberty Media, for only $2.4 billion. The $18.75 per share deal represents around a 49% premium over where Zulily stock closed trading last Friday, but is nearly 15% lower than its $22 per share IPO price.

Venture capitalists and their highly-valued portfolio companies companies should be a bit freaked out.

To be clear, Zulily (ZU) isn’t really a tech company. It’s a moms-and-kids retailer that leverages the web. And it is an unquestioned success story, having been created less than six years ago by Blue Nile’s former CEO Mark Vaden and CTO Darrell Cavens. Moreover, most of its venture capital investors made a killing. Original investor Maveron, for example, turned $6.6 million of investment into approximately $900 million (it is no longer a shareholder).

But public market investors are likely to see it differently, particularly those who bought in at IPO or during the 13 subsequent months (it didn’t break $22 until this past January). To them, it’s another case of buying the hype and getting burned, just like they have with other big VC-backed issues like On Deck Capital (ONDK), Castlight (CSLT), Lending Club (LC) or Box (BOX) (which remains just barely above its IPO price, but well below its first-day trading levels). Sure there have been some big exceptions — Fitbit (FIT) comes immediately to mind — but the disappointments are beginning to pile up.

If public equity investors begin to view Zulily and its peers as cautionary tales, then we could see even fewer IPOs for highly-valued tech startups. And that’s saying something, given how few of them we’ve seen so far in 2015.

The IPO window for such companies isn’t closed, but today’s Zulily sale may well have narrowed it a bit.