The U.S. is not opening the tap on crude oil exports 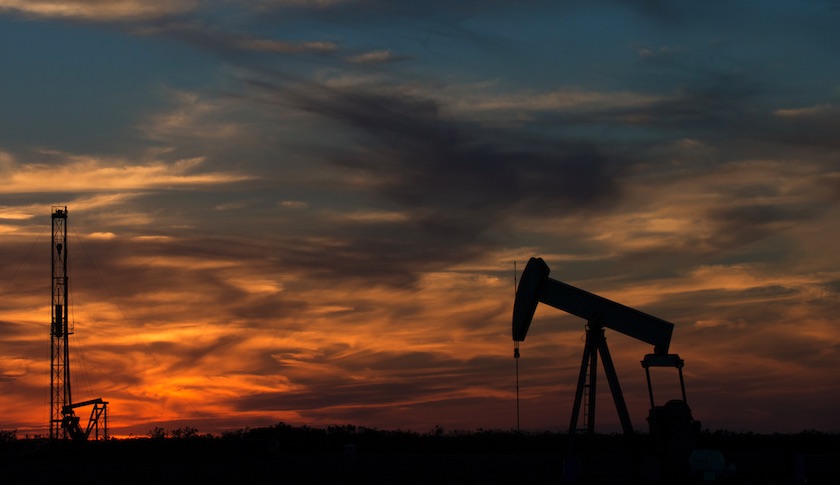 Oil rigging equipment in a field outside of Sweetwater, Texas
Photograph by Cooper Neill — Reuters

The U.S. ban on crude oil exports isn’t going anywhere—at least not anytime soon. Reports late Friday that the Commerce Department was close to sealing a deal, which would see U.S. crude oil shipped to Mexico, have been exaggerated in terms of its significance as it relates to the 40-year-old oil export ban. In reality, the deal will probably have little to no impact on the overall pricing or production of U.S. crude, nor does it indicate that the U.S. is close to lifting the export ban.

As the global oil markets continued to weaken on Friday, West Texas Intermediate crude (WTI), the benchmark for U.S. crude oil production, posted a gain, with the September contract settling up a modest $0.27 to $42.50 per barrel. While the move was most likely a result of routine book-squaring ahead of the weekend, headlines late in the afternoon were saying something else.

A scattering of reports around lunchtime Friday said the government was close to permitting U.S. crude oil to be exported to Mexico, in defiance to the U.S. crude oil export ban. Some saw the government’s move, which hasn’t been officially confirmed, as a possible “first step” in the eventual overturn of the ban. If true, this would mean oil could be freely exported out of the U.S. for the first time in years, bringing U.S. crude prices more in line with Brent crude, the global benchmark for oil, which usually trades at a premium to WTI.

While many oil companies would love this to be the case, the reality of the situation is far less dramatic. The agreement, as Fortune understands it, would allow Pemex, Mexico’s state-run oil company, to swap its heavier and cheaper crude for lighter and more expensive U.S. crude. The reason Mexico would partake in such a swap would be to boost efficiency in its refineries, which, unlike many U.S. facilities, are unable to process heavier crude grades into refined products, such as gasoline or jet fuel.

So, to be clear, there doesn’t seem to be a net increase or decrease in U.S. oil supply here—just a swap in the grade of the oil. The exact amount to be swapped isn’t known yet, but it will most likely be 100,000 barrels a day, which is the amount the Mexican government was seeking when it first approached the U.S. in doing a deal earlier this year.

While that seems like a lot of oil, it really isn’t when you compare it to the nearly 81 million barrels of oil refined across the globe every single day. Indeed, it isn’t even a lot compared to the 18 million barrels of oil that U.S. refiners process daily, either. As such, it is highly unlikely that this swap will have any meaningful impact on the discount between WTI and Brent.

So what’s the point of all of this, and who benefits? Based on the size and scope of the scheme, it looks like it is designed to help refiners boost their margins, especially Mexican refiners, which are terribly inefficient. Mexican refineries consume about 42% more energy and suffer 12 times the number of non-scheduled work stoppages compared with international averages, a Mexican official told Reuters. They are so inefficient because the government has been using Pemex, the state-owned oil company, which owns all of Mexico’s six refineries, as a piggybank, leaving little extra cash for the company to improve its operations.

Complicating matters is that Mexico produces heavier and sourer crudes than it did in the past. These types of crude usually sell at a discount to international benchmarks as they are harder and more expensive to refine, while yielding less valuable products. So while Mexico is a net exporter of crude, it is a net importer of refined products. Mexico’s old refineries run at a pathetic 75% of capacity as they are mostly designed to process lighter and sweeter crudes.

This stands in stark contrast to the U.S. market. High oil prices over the years have induced U.S. refiners along the Gulf Coast to upgrade their facilities to be able to process heavy and sour crudes more efficiently. This enabled U.S. refiners to use cheaper crude to boost their margins. Were these saving passed on to the customer? A bit, but not really. Most of it is pocketed by the refiners who then use it to upgrade other facilities to make them cleaner and more efficient.

The shale oil boom in the U.S. has seen a major increase in crude oil production—much of it the light and sweet kind. But oil companies aren’t able to get a big premium on that oil as refiners can run cheaper oil from Mexico and Canada through their units and capture bigger margins. So this swap seems designed to ease this imbalance a bit, while keeping the oil within the NAFTA family.

Indeed, the export ban never applied to Canada, so it wasn’t fair that it applied to Mexico as well. Canada was originally exempt from the ban because at the time it went into effect, there were many Canadian refiners that were dependent on U.S. oil. Since much of the products being made in those Canadian refineries were set to flow back into the U.S. anyway, it made little sense banning those exports.

The situation to the south of the border is similar, but reversed: U.S. refiners depend on cheaper Mexican crude to make products, of which a lot is exported back into Mexico in the form of gasoline and diesel. The oil ban only bars the sale of U.S. crude to other countries, not refined products. Believe it or not, U.S. exports of non-crude petroleum products averaged a record 3.8 million barrels per day in 2014. Around 500,000 of those barrels were gasoline exported to Mexico. This is big business for U.S. refiners. As the U.S. slowly moves away from gasoline, its refiners will grow more dependent on foreign customers.

Commerce’s Bureau of Industry and Security, the department supervising the ban, has denied all other export applications—and it doesn’t look like it is going to budge on any of them. While the lifting of the export ban in its entirety would be a coup for some U.S. oil producers, as the local crude benchmark would rise to match international prices, it would be bad for pretty much everyone else. Refiners would see their margins take a hit because of the increase in crude and would thus try to pass on as much of that extra cost as possible on to its customers at the pump. Higher gas prices are never a good thing, especially in an election year.

This change should be seen more as a gesture of goodwill, which, may yield far more lucrative dividends down the road for Big Oil. You see, Mexico recently reopened its energy sector to international investment for the first time in decades. Many U.S. oil and engineering companies could end up with contracts that will boost Mexican oil production and its refining capacity, which could mean big bucks for all. Helping Pemex out with its refining issues wouldn’t necessarily help the U.S. in the coming scramble for Mexico’s oil riches—but it certainly wouldn’t hurt, either.