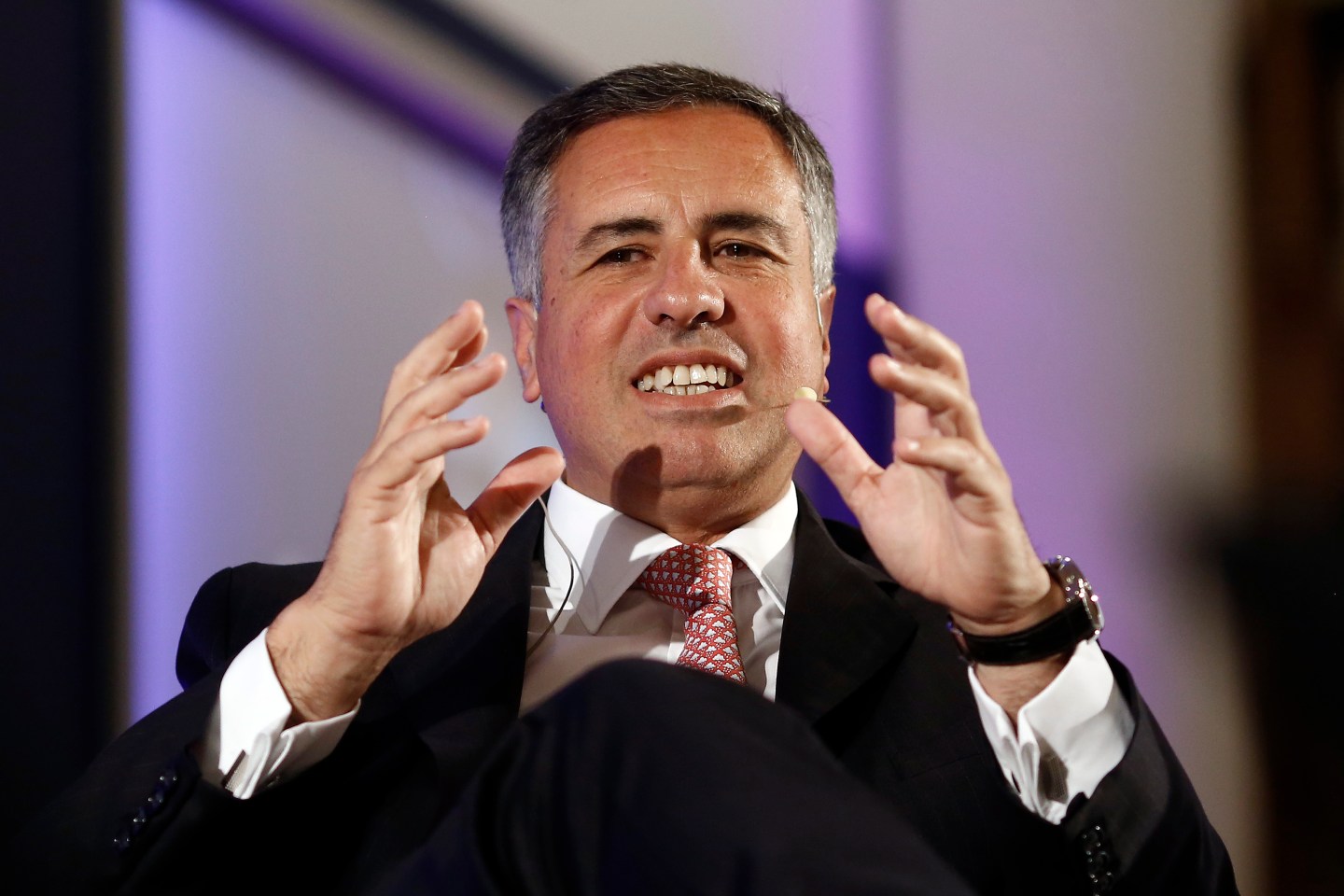 Daniel Pinto, head of the corporate and investment bank at JPMorgan Chase & Co., speaks during the Institute of International Finance (IIF) spring meeting in London, U.K., on Thursday, June 5, 2014. Inflation in the euro area slowed to 0.5 percent in May, matching the lowest in more than four years. Photographer: Simon Dawson/Bloomberg via Getty Images
Photograph by Simon Dawson — Bloomberg via Getty Images

Maybe banking regulations are Un-American, after all, Jamie Dimon.

In this country it’s pretty standard to have a lower salary than your boss. But then again, nothing about compensation in the financial services industry looks all that normal to the rest of us.

Take, for instance, the example of Daniel Pinto, CEO of JPMorgan’s (JPM) corporate and investment bank, based in London. Though he technically works for Jamie Dimon, his base salary of $7.4 million, well above Dimon’s base pay of $1.5 million, according to a report in Bloomberg News.

The difference is the result of differing regulations on executive pay between the U.S. and Europe. According to Bloomberg:

With chief executives at Standard & Poor’s 500 Index firms making 331 times more than their workers, an increase from 46-to-1 in 1983, according to the AFL-CIO, the U.S. and EU policies are looking to narrow the widening gulf in incomes.

That’s what the policies have in common. EU rule makers say they’re trying to avoid reckless behavior that could trigger a 2008-like meltdown, while the U.S., which approved the legislation in the 1990s, requires salaries greater than $1 million to be performance-based to qualify for corporate tax deductions.

Of course, the above examples show just how miserably lawmakers are failing when it comes to reining in Wall Street’s excesses. Jamie Dimon’s total pay in 2014 came to a cool $20 million, a sum that should soothe the banker’s anger over regulation — and pretty much anything else, for that matter.