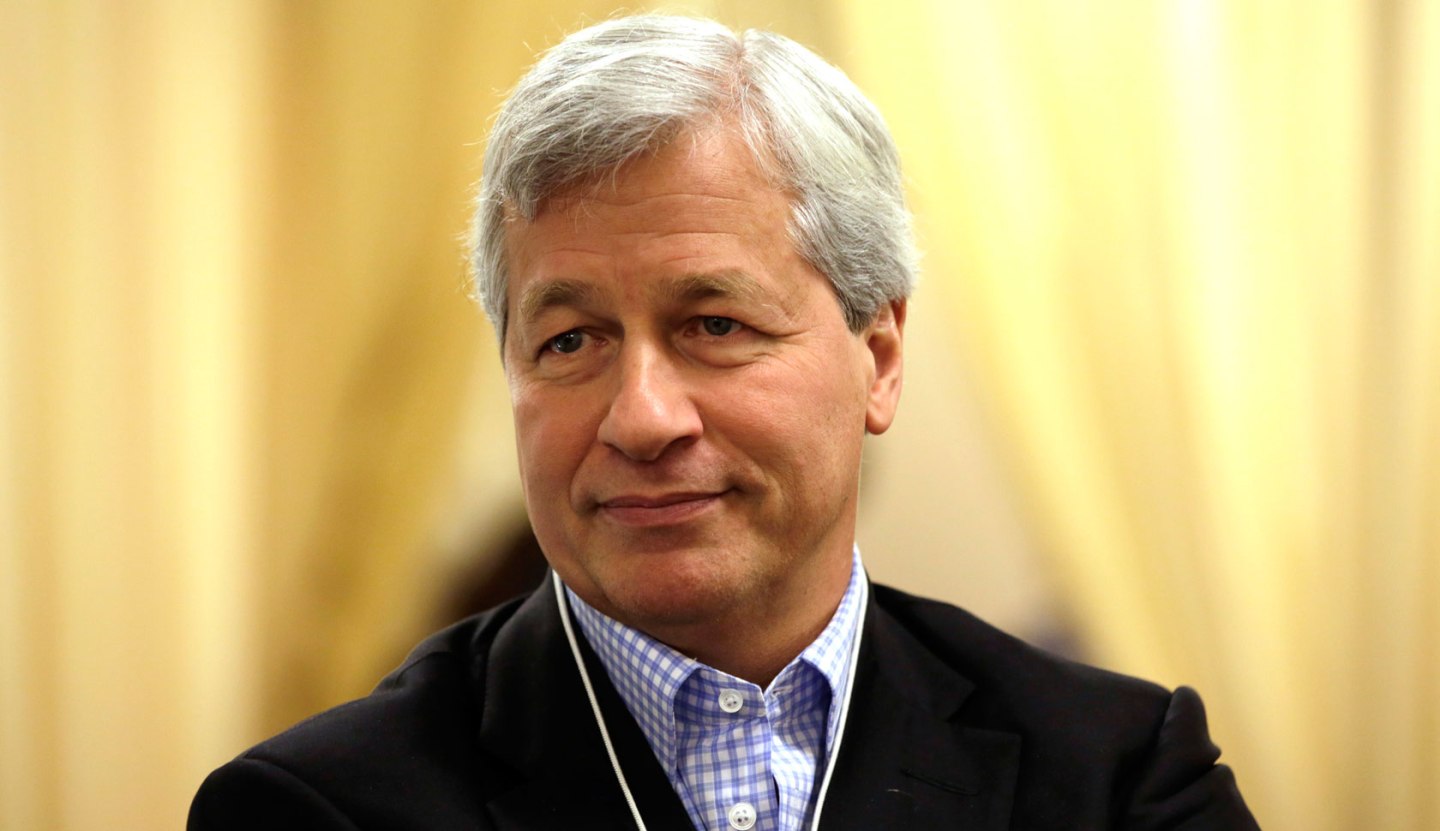 On a conference call on Wednesday morning in which the bank reported that last year it had earned $22 billion, or roughly 240,000 times what’s in the average American’s retirement account, Jamie Dimon said that JPMorgan (JPM) was “under assault,” and questioned whether the increased scrutiny by regulators of banks since the financial crisis has gone too far.

“In the old days, you dealt with one regulator. Now it’s five or six,” Dimon said, referring to instances when multiple regulators have sought to punish JPMorgan for the same issue. “You all should ask the question, how American that is.”

It’s not the first time Dimon has questioned the American as apple pie-ness of banking regulation. In 2011, Dimon called an earlier version of capital rules contemplated by international bank regulators in Switzerland un-American. “I’m very close to thinking the United States shouldn’t be in Basel any more. I would not have agreed to rules that are blatantly anti-American,” Dimon told the Financial Times at the time. “Our regulators should go there and say, ‘If it’s not in the interests of the United States, we’re not doing it.’”

Back then, Dimon seemed to be arguing that his bank had come through the financial crisis better than others. So, why should it be penalized?

Dimon’s Wednesday comments came in response to a question about a new proposal from the Federal Reserve that would require JPMorgan, the biggest bank in America, to hold more capital in reserve to protect against losses, even compared to its other mega-bank rivals. The Fed has said the new proposal adjusts capital rules to account for the fact that risks at some banks are more complex than others, and maybe harder to detect. But Dimon effectively said the proposal shows that regulators still don’t get his bank.

But regulators aren’t the only ones questioning JPMorgan’s size. Last week, rival Goldman Sachs released a report that said JPMorgan should be broken up. When asked by Fortune on Wednesday’s call whether he thought Goldman should be broken up, Dimon laughed and then offered, “No comment.”

Like he has in the past, Dimon defended JPMorgan’s size. He said it makes the bank more diverse and safer, not the opposite. He also noted that many of the aspects of JPMorgan that have raised concern among regulators, like the bank’s $300 billion portfolio of so-called available for sale securities, make it safer, not riskier or more complex. “Our AFS portfolio adds to liquidity,” said Dimon.

The bank’s size also seems to attract the attention of more regulators, something that Dimon thinks is unfair. But it has been a very long time since a big bank like JPMorgan would have had to deal with only one federal regulator, long before Dimon’s career began. According to bank historian John Gordan Steele, the Federal Reserve got its mandate to oversee the nation’s largest banks in 1913 (the same year that the actual J.P. Morgan died), making it the second federal regulator besides the Comptroller of the Currency. Banks also had to answer to state regulators.

Regulation doesn’t seem to be holding JPMorgan back that much. The bank reported a nearly $1 billion charge in the last three months of 2014 for increased legal expenses. But even with that, JPMorgan said that its per-share profit in 2014 was the highest in its history.

Recently, Bloomberg reported that Jamie Dimon was a key player in an industry-wide effort to roll back a provision of the Dodd-Frank financial reform bill that would have required banks to split their derivative trading units from the rest of the bank. JPMorgan would have been among the banks most affected by the rule, which has been dropped.