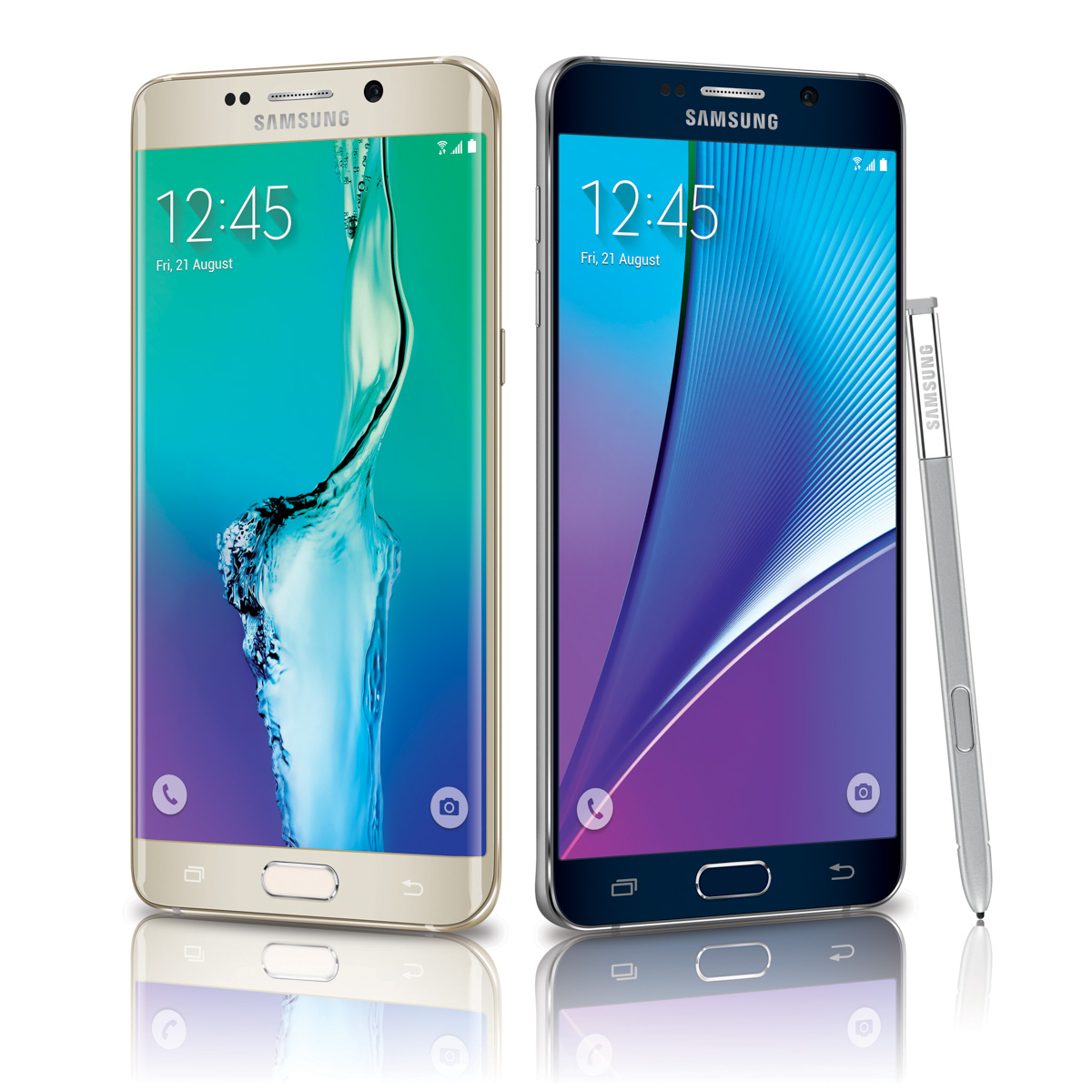 The event and subsequent launch comes nearly a full month earlier than Samsung’s past announcements; a move likely influenced by Apple’s upcoming announcement in September, which will detail the company’s new iPhone lineup.

Unlike previous models, the new phones won’t include a removable battery or expandable storage via a microSD card. Meanwhile, a glass back and metal housing can be found on both devices.

On paper, the devices are nearly identical. Both run Google’s mobile OS, Android 5.1 and are equipped with Samsung’s own Exynos 7420 octa-core processor, a 5.7-inch quad-HD Super AMOLED screen and 4 gigabytes of RAM. It also includes a 16-megapixel camera with optical image stabilization, 3,000 milliamp-hour battery, fingerprint sensor, 32 or 64 gigabytes of storage, and fast charging capabilities.

On the outside, however, it’s clear the two devices are far from identical. The Galaxy S6 Edge+ is best described as a bigger version of the Galaxy S6 Edge; a device that was released in March of this year. Available in black or gold, the highlight feature of the S6 Edge+ is its curved display on either side of the screen.

The S6 Edge+ also includes the capability for users to quickly pull up favorite contacts and apps for quick access; a feature that’s tucked away in one of the curved edges of the display.

Meanwhile, you won’t find a curved display on the Note 5, but that doesn’t mean those same curves have disappeared altogether. The back of the device features curved edges, replicating a similar look and feel to that of the S6 Edge+. Instead of the screen itself curving, the metal back of the Note 5 features the familiar bend Samsung has become well known for which makes the phone easier to grip. The Note 5 looks a lot like the Galaxy S6, although it’ll be impossible to mistake the two.

The Note 5 also offers a redesigned S Pen and upgraded tip for an enhanced writing feel, as well as an extra button on the opposite left side for added functionality. I look forward to trying out the Note 5’s writing feature that turns the device into the digital equivalent of a piece of paper when using the S Pen from the lock screen. When the Note 5’s screen is off and the device is locked, removing the S Pen automatically brings up a blank screen, ready for a quick note taking session. Once you’re done, tap on save and place the pen back into the bottom of the device.

Additionally, the camera app on both devices will include a new live-streaming mode. When enabled, a user can broadcast live videos from his or her device via their YouTube account. Live streaming has quickly become a popular platform, with the introduction of mobile apps Meerkat and Periscope ushering in a new ways to share original content.

My time with both devices was fairly limited; essentially enough time to gather my first thoughts, capture a few photos and ask Samsung reps some questions. The new design approach, which was first introduced with the Galaxy S6 lineup, looks refined on the larger screened devices.

The biggest concern I have with both devices is battery life. The Galaxy S6 and S6 Edge both offered one of the best Android experiences available, but its battery life lasted only about seven hours. The larger batteries in the Note 5 and S6 Edge+ are welcomed, but with larger screens sitting on the front of both devices a bigger battery doesn’t necessarily mean stellar battery life.

The Galaxy Note 5 and Galaxy S6 Edge+ will be available from all four major U.S. carriers starting August 21, with pricing to be announced by each carrier.