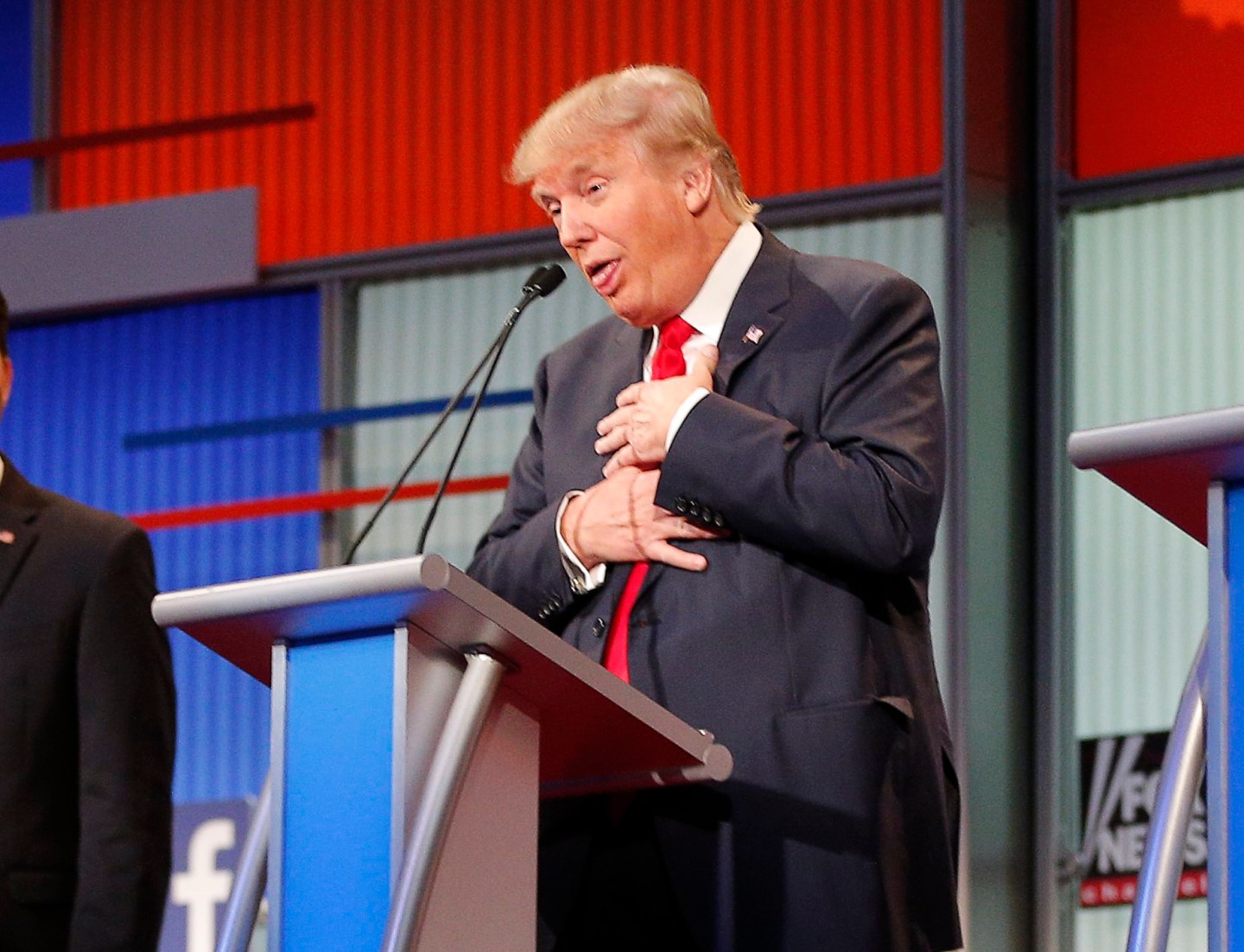 Before he ran for president, started his hit reality show The Apprentice, and starred in a commercial for McDonald’s (MCD), Donald Trump endorsed Pizza Hut’s stuffed pizza crust with ex-wife Ivana.

In the ad, Trump and Ivana, who divorced in 1992, make light of their $25 million settlement: “Do you really think this is the right thing for us to be doing, Ivana?” Trump asks, while putting on a bow tie. The two trade dialogue about how it’s so wrong that they’re, presumably, together.

Wait for the punch line: It’s actually about eating pizza “crust first,” says Trump, thanks to the cheesy filling inside the now Pizza Hut staple.

“May I have the last slice?” Ivana asks, smiling, at the commercial’s end. Trump places his hand on her arm as she goes to grab the pizza. “Actually, you’re only entitled to half,” he says.

Check out the ad, which is pretty cheesy (pun intended), here: