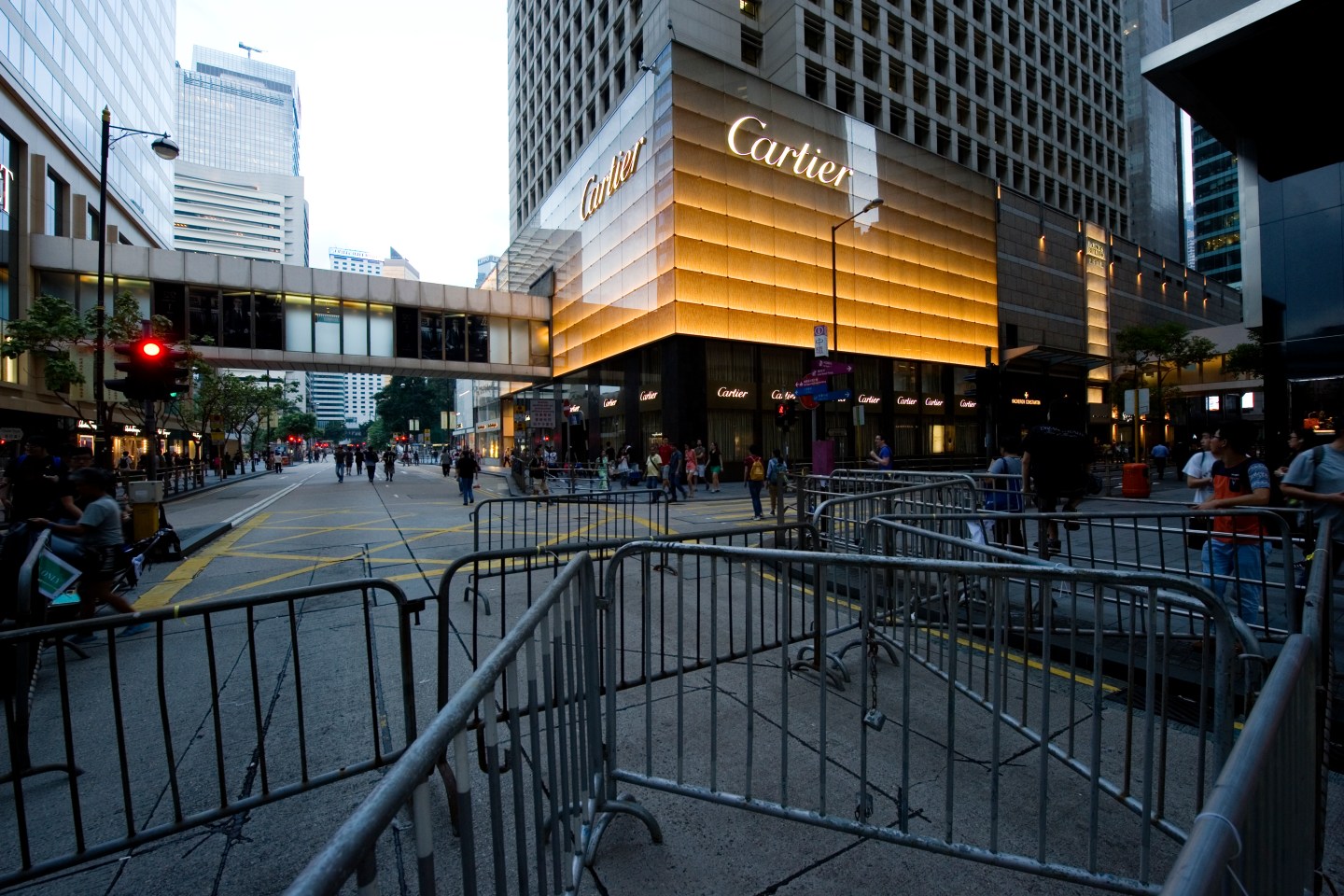 Already reeling from a Chinese government crackdown on conspicuous spending and a slowing economy there, Western brands face a new obstacle to growth in the second largest luxury market in the world to contend with: a surprise 2% devaluation of China’s yuan on Tuesday, its biggest one-day move in a decade.

For high-end brands from Prada and BMW to Coach (COH) and Tiffany & Co (TIF), China has in recent years been a key source of growth, helping them mitigate slowing growth in mature markets like Europe and to a lesser extent the United States, still the largest luxury market. (China surpassed Japan as the #2 luxe market two years ago.)

The devaluation means that foreign goods become pricier for Chinese consumers in their own currency, but more worryingly, it is also likely to curb Chinese tourism to places like Japan, France and the United States, where many prefer to buy their alligator-skin handbags or gold watches anyway. A recent Morgan Stanley study found that more than half of sales made to China’s luxury consumers happen outside of greater China. Last year, Chinese tourists spent a record $500 billion on overseas vacations.

In Europe, shares of a slew of companies, including Salvatore Ferragamo, Tod’s, LVMH and Cartier parent Kering reflected those worries, falling sharply, while U.S. companies Coach and Tiffany were down too, though only slightly.

The slowdown in China’s economy has been weighing on the luxury sector for some time: in 2014, the high-end goods market actually shrank 1% to 115 billion Renminbi ($18 billion), according to Bain & Co. Some of that also stemmed from a crackdown on corporate gift-giving of super pricey watches and champagne deemed to be bribery by Chinese government. In May, Bain said that it expected China’s luxury market to contract by as much as 4% this year, with shoppers growing more price sensitive. And that was before the latest news.

For a company like Coach, a weak China is a big problem. With its U.S. business collapsing (20% drop last fiscal year), the leather-goods maker has seen its China sales grow to $600 million a year, or 14% of sales for fiscal 2015. So it can ill afford to see comparable sales (which strip out the impact of new or closed stores) continue to fall, as they did in China last quarter.

It is also a double whammy because of how Chinese consumers often spend more on vacation abroad. (Coach said last week that an uptick in Japan sales had a lot to do with an influx of visitors there.)

While it remains to be seen how much of a dent the current movement will have on luxury spending by the Chinese, luxe brands can take solace in one thing: the ranks of China’s high net worth individuals is swelling. According to Bain, the number of Chinese with a net worth of at least 10 million renminbi ($1.6 million) hit 1 million last year, double what it was just four years ago. And China’s 1% is much less likely to cut back on spending.