What comes after Generation Z? 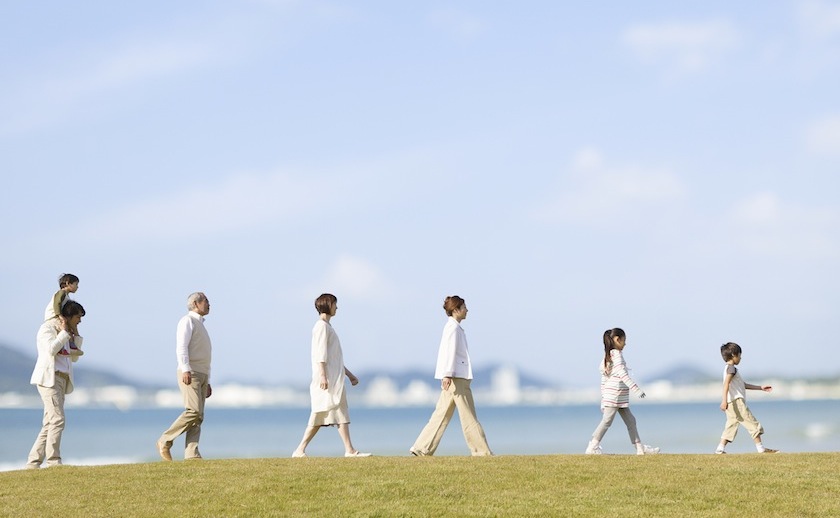 First there were the Baby Boomers, the children of returning GIs, who were defined as a generation, studied, and marketed to.

Then came the demographic “baby bust,” which is a much less compelling name. These children born from 1964 to 1980 (more or less) needed something different, and over time, Generation X—a phrase taken from a 1991 Douglas Coupland novel—won out.

Once people started down the alphabet road, Gen Y inevitably followed (though many Gen Y-ers themselves prefer the non-iterative “Millennials”). Next up is Gen Z, the cohort born from the mid-1990s to now.

All named generations spawn trend stories, comparisons, and an industry of gurus to help big companies understand how to sell, hire, and manage such people.

Z being the end of the alphabet, it raises the question, what comes next? More broadly, though, what’s the point in labeling generations, and is it even helpful to the marketing industry that’s embraced it? The answer is less clear than it used to be.

“Marketers have always liked segmentation,” says Matt Carmichael, the former director of data strategy at Advertising Age and author of Buyographics. “It’s a way to put convenient labels on consumers so you can understand them better.” When you understand them, you can create more targeted, appealing messages, including for your own employees and, “as hard as it is to try to generalize 80 million people, there are still things that I can see that are very different between Millennials I talk to and Gen X and Boomers I talk to,” says Carmichael.

In the popular imagination, events that happen in one’s teens and 20s have an outsize effect on one’s worldview. Millennials have a reputation for being the “everyone gets a trophy” generation, which made the economic downturn of 2008 an especially harsh slap in the face. As for Gen Z, they are still young. That makes understanding them somewhat of a guessing game. Indeed, not everyone is convinced that “Gen Z” will be the final moniker (“iGen” is also popular). Nonetheless, some organizations have already started to get acquainted with these fresh faces.

One is the “truth campaign,” which encourages young people not to take up smoking. Robin Koval, CEO of Legacy, which runs the campaign, and co-author of the forthcoming book Grit to Great, notes that Gen Z is “a little more practical. They’re a little more realistic about life. They’ve grown up with uncertainty.” As a result, “There’s the expectation that they’re going to have to be pretty gritty to make it in the world.”

They are entrepreneurial, and “they are mobile and social natives,” Koval adds. “They have never known not having a device in their hands.”

They fact-check everything, so over-the-top claims don’t fly. They don’t like to judge, so messages about smokers being bad won’t work, especially as fewer people smoke (there’s no desire to turn smokers into a persecuted minority). What does? Appeals to their power and influence. “We offer them the opportunity to be part of a generation that could do something amazing: they could end smoking.”

All of this segmentation makes sense. On the other hand, some things are universal in ways that don’t appear so at a single point in time. Human beings are generally idealistic when they are young, more realistic in middle age, and philosophical later in life. People are surprised that “hipster” Millennials are buying suburban houses, but that’s what happens when people have babies, which 30-something people generally do.

“This is a problem we in media and the marketing world have,” says Carmichael. “We want to say there’s a revolution any time something happens,” and so the fact that Millennials married and started families slightly later became a bigger story than it actually is. “Real estate developers think ‘everyone wants to live downtown because I read that in a trend piece somewhere.’” That leads to more luxury condos than anyone will buy.

First, for people to constitute a generation, they must experience the same things. “We in the media and marketing are still grouping people in 15-20 year cohorts,” says Alexandra Levit, author of They Don’t Teach Corporate in College. “Increasingly, it isn’t making any sense.”

Technology is changing rapidly, and there will come a moment when it reaches “such an advanced point that we can’t even imagine what our lives will be like,” Levit says. “I can’t imagine my college student babysitter having the same experience as my four-year-old.” Yet the current Gen Z designation ropes in both.

“Understanding these cohorts used to be a lot more important because you could only market in mass ways,” says Koval. “The danger is thinking about these people in big buckets when of course the world we live in as marketers today, all the data we have, we can almost literally market things one-on-one to people.” Conveniently enough, Gen Z is known for personalizing things, rather than seeking out mass brands.

It is hard to generalize 80 million people—though at least for the near future people may try. So what comes after Gen Z?

“It will be a lot trickier to come up with consensus for the next one,” says Carmichael. “So many groups are competing to come up with the clever name.” But “I’m sure we’ll figure it out. At some point, it just becomes better to have one big name.”

Something extra from Fortune Video: