The 5 best Donald Trump headlines of all time 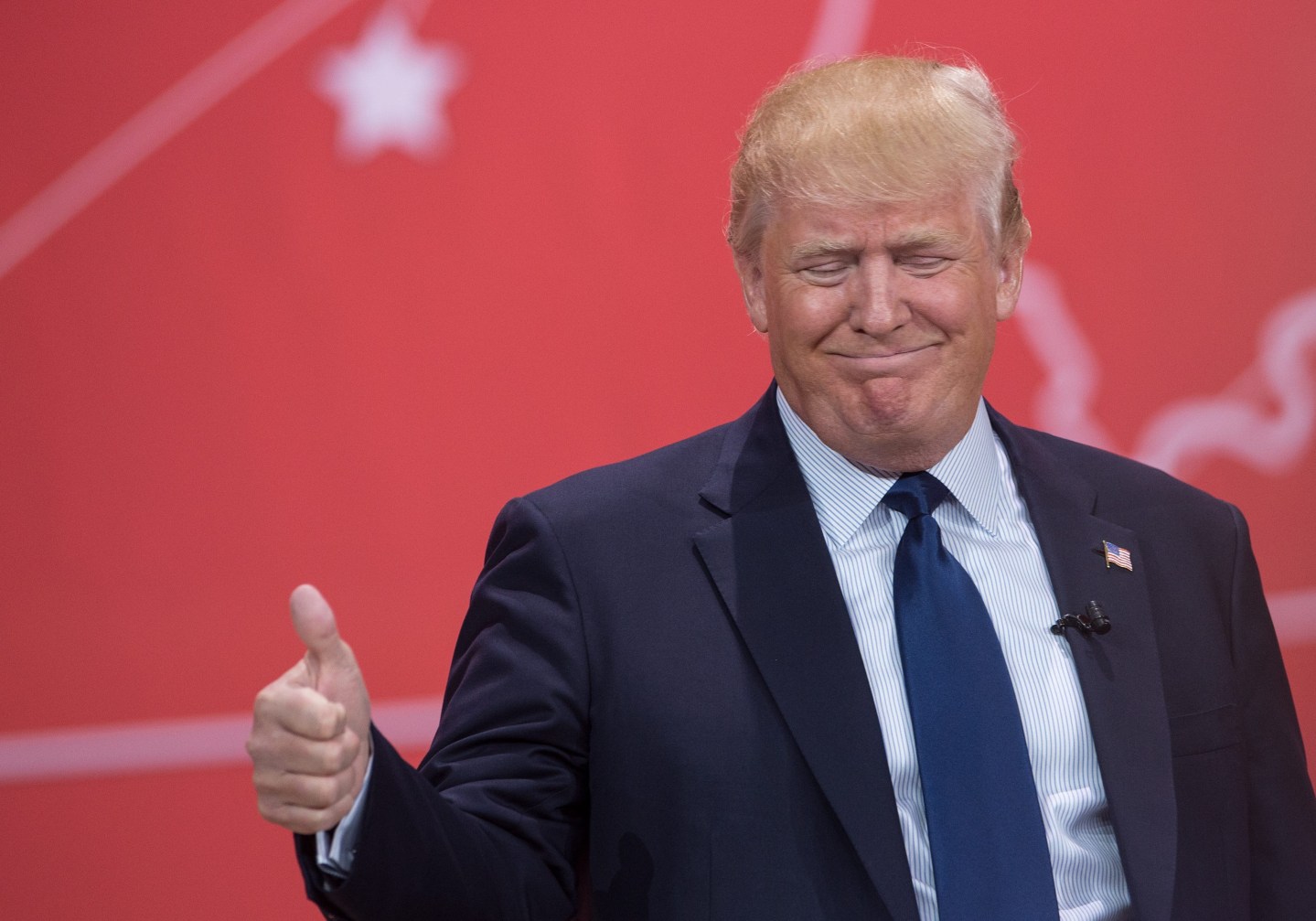 For as long as Donald Trump has been making deals, he has been making headlines. The 69-year-old billionaire was arguably the star of the Republican debate held on August 6, leading as he has in both the polls and the hot rhetoric. Who won is a matter of debate; but, the name “Trump” graced many headlines on the morning after the 10-candidate forum. Here are Trump’s best tabloid headlines from over the years:

5. I’ll start in 1990. Spy Magazine‘s cover featuring an infantilized Trump throwing a temper tantrum demonstrates a younger, up-and-coming Trump. The story clipped together the turmoil he endured in the 90s like failed land acquisitions and chapter 11 filings.

4. Perhaps unsurprisingly, New York’s liberal-leaning daily The Daily News has not typically been a fan of Trump. The tabloid pulled no punches when he announced his candidacy earlier this year.

3. This 1990s New York Post Trump cover makes its way to number 3 with a story surrounding Marla Trump’s “best sex I’ve ever had quote.” This cover’s fusion of a smug Trump and a caption you only wish he had said himself merits noting.

2. The Post‘s “Don Voyage” cover was a comment on Trump’s Criticism of John McCain. This cover sports an eccentrically cartoonish photoshopping job of an adrift Trump and a simple, yet appropriate name pun.

1. Taking the number 1 spot is a headline reportedly appearing in Scotland’s The Daily Record. The story covers Trump’s attempt to sue the Scottish government in 2013 for a wind farm being built too close to his golf course. Its combination of clever punning—though likely “borrowed” from the wealth of internet Trump puns—and image earns it number 1.