Steve Jobs’ post-PC world: Are we there yet? 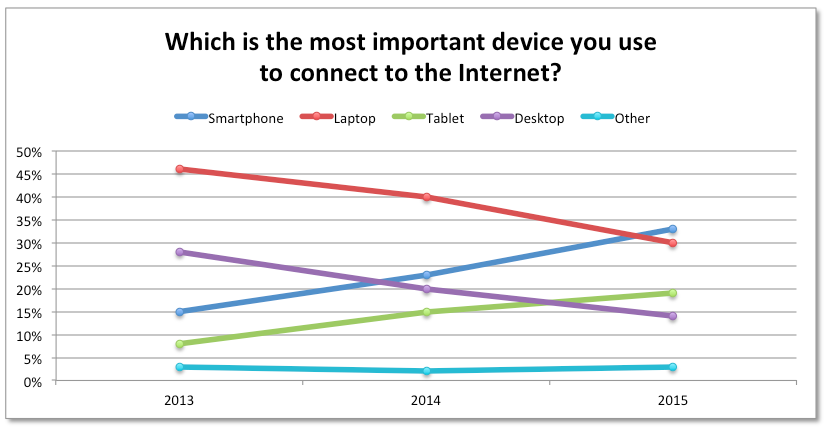 “I’m trying to think of a good analogy,” Steve Jobs famously said when asked in 2010 whether tablets would replace PCs.

“When we were an agrarian nation, all cars were trucks. But as people moved more towards urban centers, people started to get into cars. I think PCs are going to be like trucks. Less people will need them. And this transformation is going to make some people uneasy… because the PC has taken us a long way. They were amazing. But it changes. Vested interests are going to change. And, I think we’ve embarked on that change. Is it the iPad? Who knows? Will it be next year or five years? … We like to talk about the post-PC era, but when it really starts to happen, it’s uncomfortable.”

A poll by Ofcom Technology Tracker suggests that 2015 was the year more people reached the Internet via smartphones or tablets than laptop or desktop PCs.

Thanks to Andreessen Horowitz’ Benedict Evans for linking to Ofcom’s bar chart and to Fireball’s John Gruber for reformatting it as a fever graph.