Raw pet food sales are booming, but are the products safe? 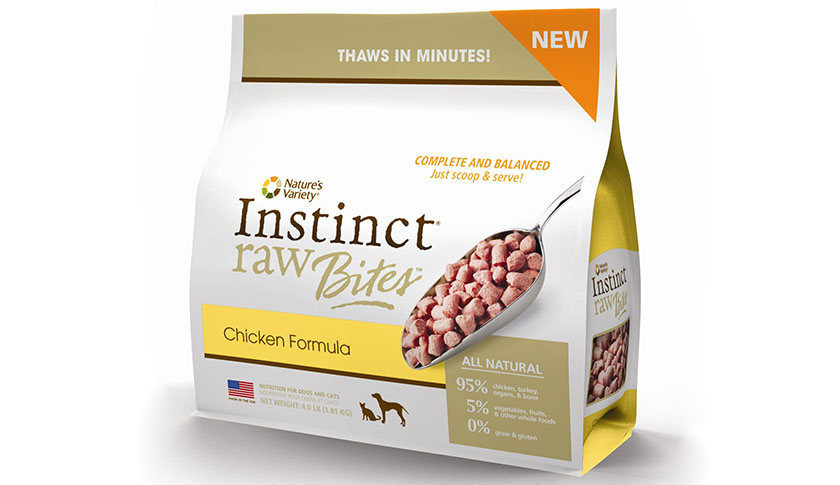 Along with serving grain-free, organic and all natural foods to their cats and dogs, more Americans are dishing out raw food to their pets. In the past year, retail sales of raw freeze-dried dog and cat food jumped 64%, from $25 million to $40 million, and sales of raw frozen pet food jumped 32% from $52 million to $69 million, according to GfK, a market research firm.

Petfood Industry, a trade publication, called the trend part of the “humanization” of pet food, where owners want to provide better nutrition, higher quality and organic ingredients. And now as a corollary to our Paleo diet, they’re embracing raw food as a way of simulating how dogs and cats would eat in the wild.

Proponents of raw pet food, which can be purchased fresh, frozen or freeze dried, claim that it will keep pets healthier, give them shinier coats, healthier skin, and more energy, and keep them free of such problems as obesity and a list of canine and feline diseases. A Survey by Allprovide, a raw pet food company, found that 33 percent of “health conscious” pet owners surveyed said they would be interested in feeding their pets a fresh, raw food diet.

Yet, the trend to go raw is not without controversy — and health concerns. There’s been an uptick in the number of Food and Drug Administration (FDA) recalls of raw pet food because of contamination with listeria, salmonella and E. coli. In July alone, there were four recalls of raw pet food. Vital Essentials’ batches of frozen beef tripe and Stella & Chewy’s batches of chicken freeze-dried dinner patties were among the products recalled, due to potential listeria contamination. Nature’s Variety voluntarily recalled its Instinct Raw Chicken Formula for dogs due to a possible salmonella risk.

However, recalls of pet food of all kinds have become the norm. “In recent years, the whole pet food industry has been heavily scrutinized by the FDA, and it’s part of this drive to move them to the same standards as human food,” says James Marsden, PhD, professor of food safety and security at Kansas State University. The vast majority of recalls have been precautionary, resulting from routine sampling, not pets or people coming down with illnesses.

Still, raw food of any type is riskier. A study conducted by the FDA found that raw pet food was more likely to be contaminated with salmonella or listeria compared to non raw pet foods sampled for the study. The FDA is mostly concerned about humans. Handling raw meat at home can expose pet owners to the bacteria, and could potential make you, well, sick as a dog.

Pets may also carry the pathogens without showing signs of sickness, and can shed germs that could make their pet owners sick, according to the Centers for Disease Control and Prevention. But dogs and cats are not immune to some of these pathogens either. Pets can get sick from salmonella and E. coli, though healthy pets will rarely become sick from listeria.

In 2012, the American Veterinary Medical Association passed a resolution discouraging feeding pets raw food diets because of the risks to their owners. But Marsden said this advice is outdated. The technology to kill pathogens, including high pressure processing and slow pasteurization, has improved dramatically since then. “If it’s done right, they’re very, very safe,” he says. “The industry leaders are taking measures to control contamination. If they weren’t, they would have contamination in every lot.”

“Most companies have stringent safety and quality control programs in place to ensure their products are contaminant-free,” says Debbie Phillips-Donaldson, editor-in-chief, Petfood Industry.

Laurie Tarkan is an award-winning health journalist who writes for The New York Times, Fortune and other publications. She is the three-time recipient of the National Health Information Awards, and won the Rose Kushner Award for Writing Achievement in the Field of Breast Cancer.