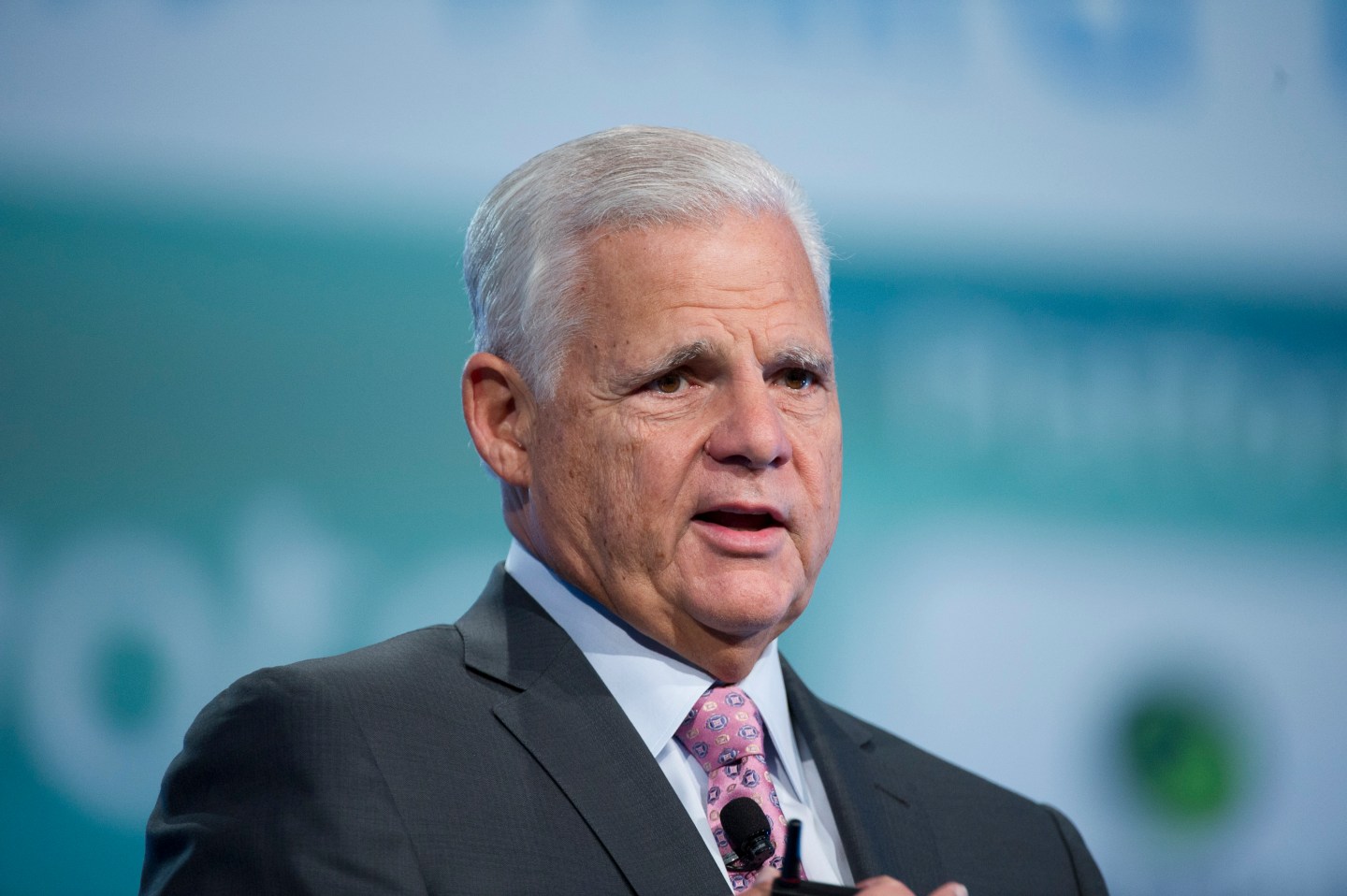 EMC may be on the verge of a major overhaul to its corporate structure with the company considering selling itself to VMware, the data center virtualization company that EMC is a majority owner of, according to a report on Wednesday by Re/code that cites unnamed sources.

The storage giant operates under the so-called EMC Federation, in which companies including EMC (EMC) , VMware (VMW) , Pivotal, VCE, and RSA Security are all independent businesses that function together as a larger corporate entity.

The deal, known as a downstream merger, is reportedly supported by hedge fund management firm Elliott Management, which has spent the past year urging EMC to break apart its federation and spin out VMware in order to make a more valuable company.

Both EMC and VMware declined to comment to Fortune on the report.

The news comes just two days after Re/code reported that EMC was considering buying out VMware, instead of the other way around.

Over the past year, EMC has been subject to numerous rumors regarding possible mega deals with other tech titans. Last fall, EMC reportedly discussed a merger between itself and Hewlett Packard (HPQ) as well as one with Dell. Analysts have also pointed to Oracle and Cisco as being possible suitors for the company.

The Re/code article states that the deal is not final and it “may not ultimately materialize.” This potential deal could also be a trial balloon of sorts leaked out by the various parties involved to see how the market and analysts react.

EMC CEO Joe Tucci recently told investors during a call with analysts that spinning off VMware from the storage giant’s portfolio of companies “is not a good idea.”

Tucci emphasized during the call that when VMware and EMC team up to sell products that are combinations of what both companies have to offer, the two companies can “double the amount of revenue” they generate from prospective customers.

While Tucci made clear EMC has no plans to split itself up, he did not provide any details on other possible structural changes that could spark some life into the company. EMC saw its 2015 second quarter profits decrease 17% to $487 million from the $589 million it brought in the prior year during the same time period.

For more on enterprise tech, check out the following Fortune video: