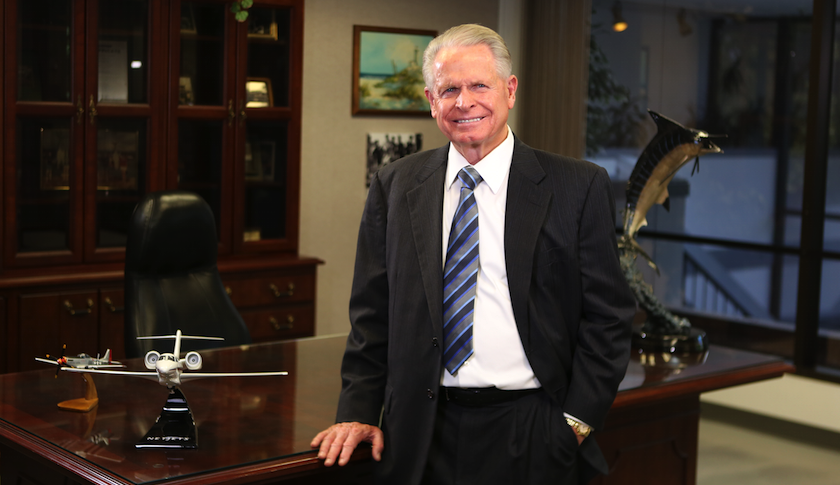 For the first time in 37 years—since Annie Hall claimed a best-picture Oscar, Pete Rose collected his 3,000th major-league hit, and Israel and Egypt signed the Camp David Accords in a bid for peace—Raymond Zinn this week stopped being the chief executive of Micrel, a San Jose semiconductor maker.

Micrel, which was acquired by Microchip Technology (MCHP) in an $839 million deal, is now no more. As a result, Zinn was forced to step down from his post. And out the door with him went a set of views about leadership, longevity, and loyalty that are getting harder and harder to come by in corporate America.

“Financially, I haven’t needed to work” for many years, says Zinn, who co-founded Micrel with $300,000 in personal funds and at the end held more than 20% of the company’s stock. “I’ve worked because I love my people.”

Zinn’s marathon run isn’t unique. Warren Buffett has been the chairman and CEO of Berkshire Hathaway since 1970. Leslie Wexner, the CEO of L Brands, has been at the helm of his company for more than half a century. Even in high tech, there are a good many CEOs (Microchip’s Steve Sanghi among them) who have held their jobs for decades.

Still, Zinn’s stint has stood out in Silicon Valley, where churn and change are part of the fabric of everyday life. There, not only has he enjoyed the title of “longest-serving CEO” of a public company, but—even more notably—he has promoted a culture that prided itself on a strong sense of job security.

“I’m a big proponent of the Boy Scouts of America,” says Zinn, explaining that he would ask all of his top executives to be able to recite the Scout Oath. The 77-year-old has also tried to “live by the tenets” of the Scout Law, he says. One of them is loyalty. “The company has to be loyal to you,” says Zinn, “and you have to be loyal to the company.”

Certainly, not everyone feels this way. “The old model of employment was a good fit for an era of stability,” Reid Hoffman, the co-founder of LinkedIn (LNKD) writes with Ben Casnocha and Chris Yeh in their book The Alliance: Managing Talent in the Networked Age. “In that era, careers were considered nearly as permanent as marriage.” But such an arrangement, they add, “is too rigid” for today’s highly dynamic world.

What Hoffman urges, instead, is that employees sign up for a “tour of duty” where it is made clear what they’re supposed to contribute over a prescribed period and what they’ll gain in return, including skills and relationships. Toward the end of the tour, the employer and employee discuss what should happen next—be it a new mission at the company, or a new job somewhere else.

“Acknowledging that the employee might leave is actually the best way to build trust,” Hoffman and his co-authors assert.

Even some Micrel insiders say that Zinn’s more traditional philosophy can seem antiquated. One employee, pointing out on Glassdoor that Zinn had led the company since 1978—“not a typo”—groused that “his mindset is stuck in that era.” Wrote another: “Realize that mid-century business practices do not work in 2015.”

But Zinn makes no apologies for his beliefs about the corporate social contract, using the very marriage metaphor that Hoffman decries. “I look at leaving a job as a divorce,” he says. “Wouldn’t you prefer that we have a lower divorce rate in this country?”

Zinn says that he has tried to help his workforce, which numbered about 730 as the Microchip purchase closed on Monday, to “think of the company like another bedroom in their home. I want them to feel safe.”

Apparently, many did. Micrel’s employees had been with the company, on average, for nearly 10.5 years. That’s more than double the norm across the U.S. At places like Amazon (AMZN) and Google (GOOG), the average is only a year or so, according to PayScale.

As for how long leaders should stay in their roles, this too is a matter of debate. A study from Temple University pinpointed “the optimal tenure length” for a CEO at 4.8 years, compared with the average at big corporations of about 10 years. “As CEOs accumulate knowledge and become entrenched, they rely more on their internal networks—employees—for information, growing less attuned to market conditions and customers,” the lead researcher, Xueming Luo, cautioned.

Zinn rejects this idea. “It’s not like there’s a timer that goes off,” he says.

Yet the times, if not time itself, caught up with him.

Tore Svanberg, a chip industry analyst with Stifel Nicolaus, says that over the past six or seven years, Micrel shareholders “became frustrated” with Zinn because the company wasn’t growing fast enough anymore. And while Zinn undoubtedly paid attention to the bottom line—with Micrel having failed to turn an annual profit only once in its history—he wasn’t willing to sacrifice his ideals to pump up earnings or goose the stock price.

Zinn, who has been reluctant to take on debt or move jobs overseas, acknowledges that his board started calling him “long in the tooth.” Activist investor Starboard Value applied pressure, and earlier this year Micrel agreed to review “strategic alternatives”—a process that eventually pushed the company into the arms of Microchip.

“I think it came down to a clashing of values,” Svanberg says. “He ran his company exceptionally well. He was transparent. He focused on quality and reliability. But he was very adamant about protecting his employees and not always about cutting costs. Unfortunately, some of the values that Ray Zinn stood for are not necessarily the values that modern Wall Street is really interested in.”