Bill George: The hierarchical leader is out. The empowering leader is in 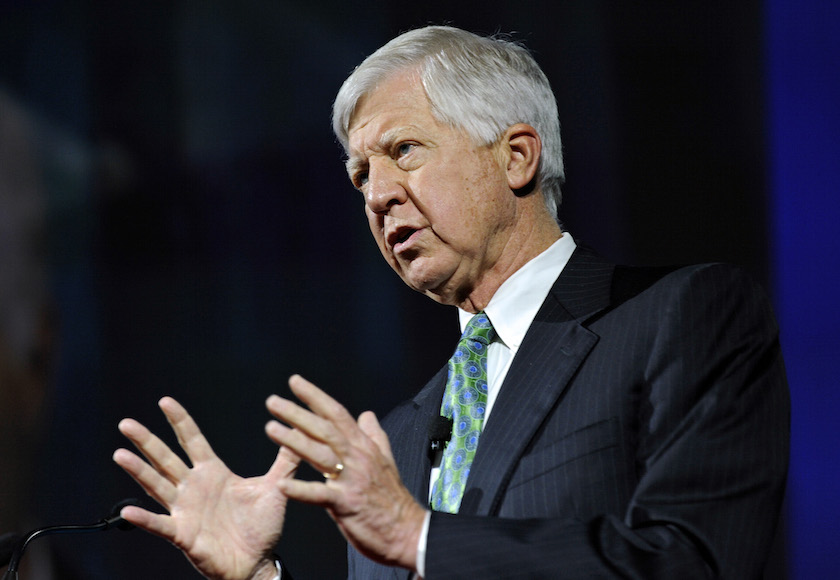 Bill George was CEO of Medtronic from 1991 to 2001 and, during that time, grew the company’s market value from $1 billion to $60 billion. He has since become one of the nation’s leading voices on business leadership and serves as a senior fellow at Harvard Business School. His book, Discover Your True North, was first published in 2007, but later this month, he will release an updated version, more than half of which will be new content based on interviews with 48 additional leaders. Fortune excerpted his first book in 2007. I talked with him about his new book last week.

Fortune: How has business leadership changed since the first version of this book was published in 2007?

Bill George: I think we have seen a tremendous change in leadership. You now see a very different kind of leader. Far less hierarchical. More collaborative. More empowering of workers. More global in outlook. And more in tune with public issues.

Why is this happening?

When I wrote my first book in 2003, Authentic Leadership, people said, what do you mean by authentic leadership? I was writing in response to the corporate scandals that were going on. And I asked, what has happened to my generation of leaders? Maximizing shareholder value had morphed into maximizing short-term value and this had led to the corporate scandals. It wasn’t just Enron and Worldcom, it was companies like Bristol Myers (BMY) and Xerox that also had accounting scandals.

Then in 2008, we hit the wall of the financial meltdown. This had a big influence on how people looked at leadership. In my era, CEOs were viewed as heroes. They were on the cover of magazines. And all of a sudden, we were bums.

You also saw the failure of a lot of so-called charismatic CEOs. Half of the CEOs were coming from outside the company. We had shifted to this external view. And many of them failed.

Now, things have shifted back. CEOs are coming from within companies. That’s a big change. People like Frank Blake at Home Depot (HD), Ann Mulcahy and Ursula Burns at Xerox (XRX), Indra Nooyi at Pepsi (PEP). They aren’t flashy, they are solid kinds of people.

And they have high EQ [emotional intelligence]. High EQ is really important. IQ is not the criteria. You have to be smart to be a CEO, but the differentiating factor above 120 IQ is EQ.

Yes. The hierarchical leader is out. The empowering leader is in.

One driver of that is the Gen Xers and the millennials, who will not work in a hierarchical company. They would rather work at Google (GOOGL); at an empowering place, where they feel they have a mission.

Another driver is the impact of technology on transparency. Everything a leader does has to be transparent today. People want to meet their leader in a town hall forum, and ask some tough questions. Also, globalization has had a huge impact. You have to have empathy for people whose lives are different from yours.

The epitome of that leadership today is someone like Paul Polman of Unilever (UN). He has taken an Anglo-Dutch organization and turned it into a truly global organization. The other thing about Polman is he is really leading the way in dealing with a prominent public issue—environmental sustainability.

Yes. Society has demanded that change. It will not tolerate companies that avoid these issues. The strength of social media, the regulators, all demand it. You have to respond to these public concerns; you cannot ignore them. If you have bad meat in Indonesia, it’s going to be known all over the world almost instantly. You had better make it transparent. It has caused CEOs to deal on a much more transparent basis.

Milton Friedman used to say, “The social responsibility of business is to make a profit.” What happened to that view?

What Friedman didn’t articulate was how you make a profit. The only way you make a long-term sustainable profit is to align your company and its employees around a common sense of purpose. Like Indra Nooyi says, “performance with purpose.”

That’s also driven by young people. People are asking, why am I working here? And if you don’t answer the question, they will work somewhere else. They have mobility; they have global mobility today.

Who are some other leaders who embody this approach?

Jack Ma of Alibaba (BABA) very much embodies this. He’s a genius. He is connecting 2 billion Asian consumers with 1 million small businesses in North America, South America, whatever. His sweet spot is not big business but small business.

I also see someone like Indra Nooyi of Pepsi as a great global leader. She strongly resisted breakup of the company, recognizing the global context she was operating in. And Mark Zuckerberg. He is one of the new generation that is very global in their outlook.