From P&G to the LPGA: How a former marketer is selling U.S. women’s golf 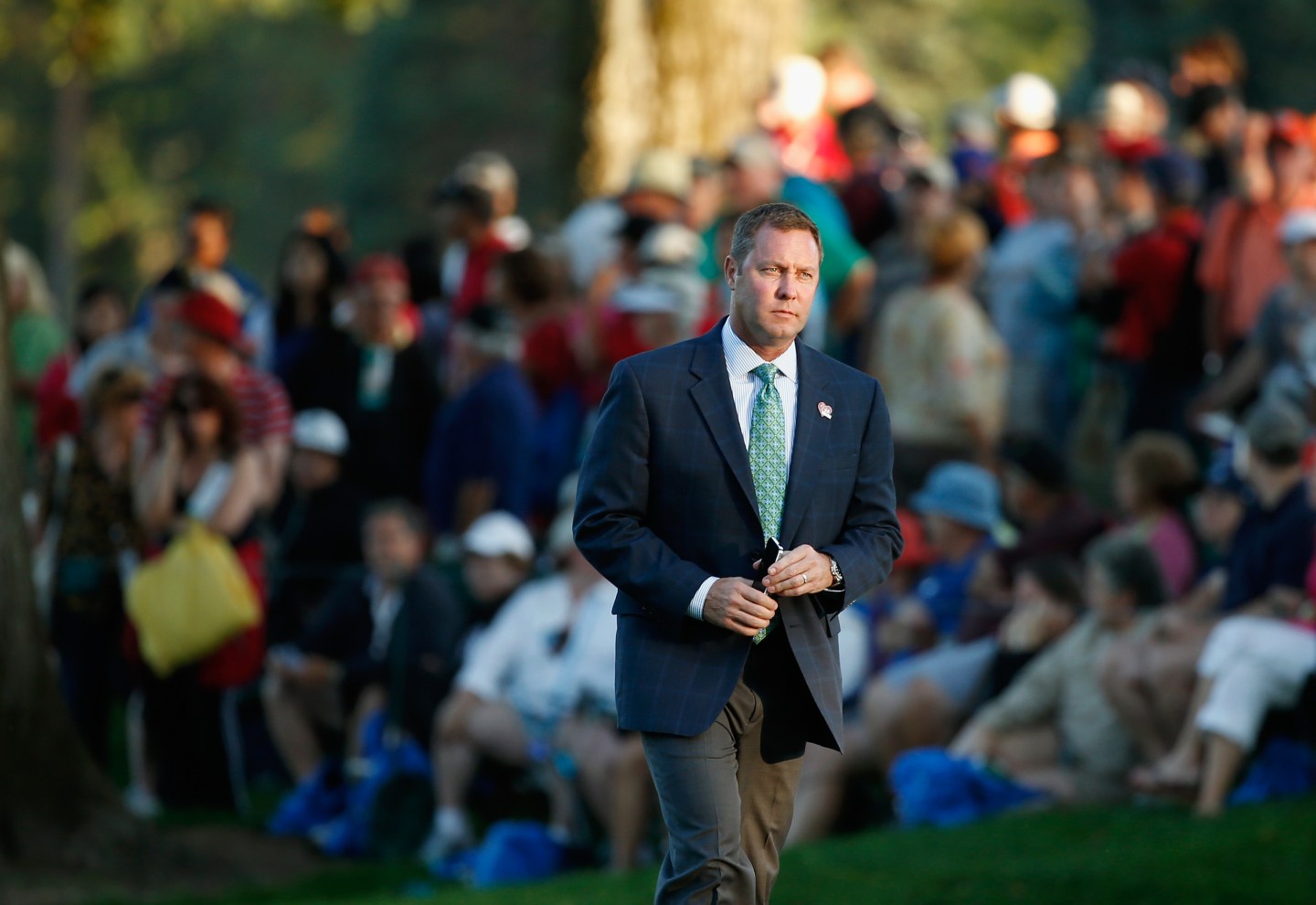 What does it take to run the Ladies Professional Golf Association? A relentless focus on the customer, according to Michael Whan, its current commissioner.

If that sounds like something a marketing exec would say, that’s because it is: Whan cut his teeth working in marketing and sponsorships at Procter & Gamble before heading to Wilson, a sporting goods company. Those roles were followed by stints at Adidas and as CEO of a hockey equipment company.

Whan has emphasized the importance of sponsors pretty much from the get-go, a point he discussed at length in an interview with Fortune earlier this year. “[The other leagues] kind of forget about who’s writing the check and who’s really paying for the whole thing,” he said. “Since I was a former sponsor, and not a former commissioner, we’re all about the check writers.” Whan went on to explain that his primary role is to make sure the sponsors, including British Open sponsors RICOH, KPMG, Kia, Rolex, Tiffany and Pure Silk, get a return on their investment. “Everything we do,” he explained, “is about making sure the money that those tournaments invest in us gives back.”

The commissioner isn’t afraid to go to bat for the sake of his sponsors’ image. Earlier in July, he signed off on the LPGA’s statement distancing the tour from Republican presidential contender Donald Trump and his offensive comments about Mexican immigrants. While the LPGA said it was too late to relocate the British Open from Trump Turnberry Resort in Scotland, the organization made sure to note that this does not “suggest support for Mr. Trump’s comments.”

“It’s all about the sponsor’s brand,” said Kann. “If we build the brands of our sponsors and our players, the LPGA brand will follow,” he said.

Building the LPGA brand has not been easy. When Whan took the reins five years ago, the league was “in a really tough spot,” according to Ricki Lasky, VP of Tournament and Business Affairs at the LPGA. Golf players have been deserting the greens in favor of other sports, resulting in a dearth of young talent. Retail sales, too, have been on the decline at some of the largest sports clothing and golf equipment sellers in the U.S., as noted in a Fortune story last summer.

A controversial predecessor to Whan, Carolyn Bivens, didn’t help the tour either. She was essentially forced out after a series of gaffes and widespread unpopularity among the players. But she did inspire global growth, Whan explained. “Carolyn thought big,” he said. “She pushed the organization and the players.” He likened the LPGA’s transition over the years to passing through a tunnel. “It gets dark in the beginning but when you get to the other side, it’s actually better.” He continued, “What’s happened for us thanks to Carolyn’s leadership is we’re a truly global tour and truly global brand.”

Case in point: There are now golfers from more than 30 countries playing on the LPGA tour, while viewers in about 170 countries tune in to watch.

Under Whan’s leadership, the LPGA garnered 18 new title sponsors since 2011, along with 14 new marketing partners. In the same time period, the total number of LPGA tournaments per year has gone from 23 to 32. Additionally, television coverage has increased from 200 hours of largely time-delayed broadcasts to 400 hours—about 90% of which is live coverage, according to SB Nation. And for the players, there’s more money to be won than ever before: The LPGA says prize money has grown from $41.4 million in 2011 to $59.1 million this year.

Ray Katz, a professor in the sports business program at Columbia University and a former marketing consultant for the LPGA during the previous commissioner Carolyn Bivens’ regime, praised Whan: “I think Michael has taken the LPGA to another level by leveraging the [tour’s] greatest strength, which is the international player base, in a positive way.”

In addition to growing the LPGA from the business side, Whan says he is focused on increasing its base of fans and future champions by hosting events aimed at the next generation of women golfers. “What’s really exciting to me is there were 300,000 women who joined the game last year and more than half were girls ages 6 to 16,” he says. “We’re never going to fundamentally change the face of golf and change the dynamics of who plays this game unless we bring them in young.”

And having recently signed a contract extension to continue as commissioner through 2020, it looks like Whan will be around to see how his plans for the tour’s future shake out.

Note: The original article contained erroneous data received from the LPGA and has been updated.