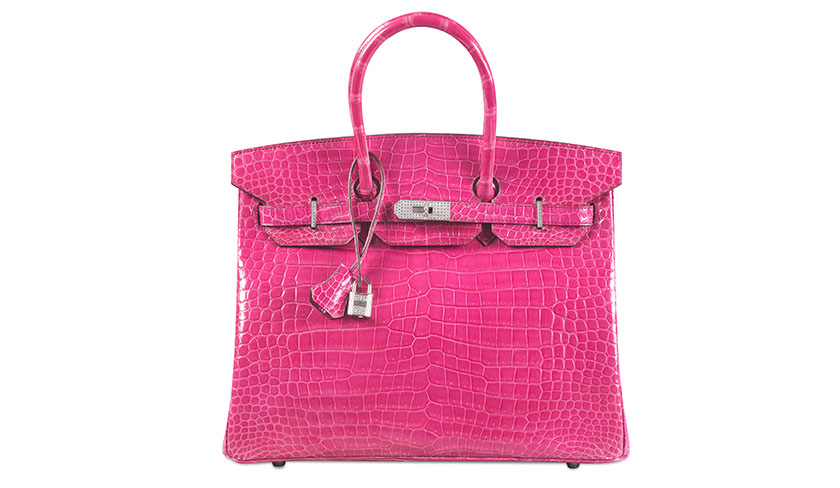 Sometimes it’s easier to affect change from the inside.

That appears to be the tack animal rights group People for the Ethical Treatment of Animals is taking in its latest attempt to pressure French luxury group Hermès International to stop using exotic animal skins, notably those of crocodiles and alligators, in its iconic products, such as the perennially pricey and coveted Birkin bags.

PETA has become a shareholder in Hermès, buying a single share worth about $360 on the Paris bourse; a tiny stake of course, but enough to give the advocacy group access to shareholder meetings and a new pressure tactic it can deploy.

“PETA will be campaigning outside the company, and, as a shareholder, also working from the inside to demand a ban on exotic animal–skin accessories, including crocodile-skin bags and alligator-skin watchbands,” PETA Executive Vice President Tracy Reiman said in a statement on Thursday. Hermès did not immediately respond to a request for comment.

A PETA video posted recently purported to show abuses on crocodile farms that provide Hermès skins, including allegations that animals at Hermès-owned tanneries are sawed open while they’re still alive. In response to the video, earlier this week, English actor and singer Jane Birkin asked Hermès to remove her name from its Birkin crocodile bag, the Birkin Croco, “until better practices in line with international norms can be put in place.” Her request, which did not extend to Birkin handbags made of different skins, such as calfskin, were the result of her seeing the video.

Hermès told the New York Times in a statement earlier this week that it was “also shocked by the images” in the PETA video and was conducting an investigation, promising that any breach of rules will be sanctioned. But it also noted that the Texas farm in the video did not belong to the company, nor were the croc skins supplied used in Birkin bags.

Last month, a single handbag, a pink crocodile-skin Hermès Birkin with gold and diamond hardware, was sold at a Christie’s auction in Hong Kong for a world record breaking $223,000. In fact, Birkin bags are always the ones that top the lists of couture with the highest resale value. Hermès CEO thirty years ago, Jean-Louis Dumas, named the bag after Birkin.