Women explain the quest for the ultra-expensive Birkin 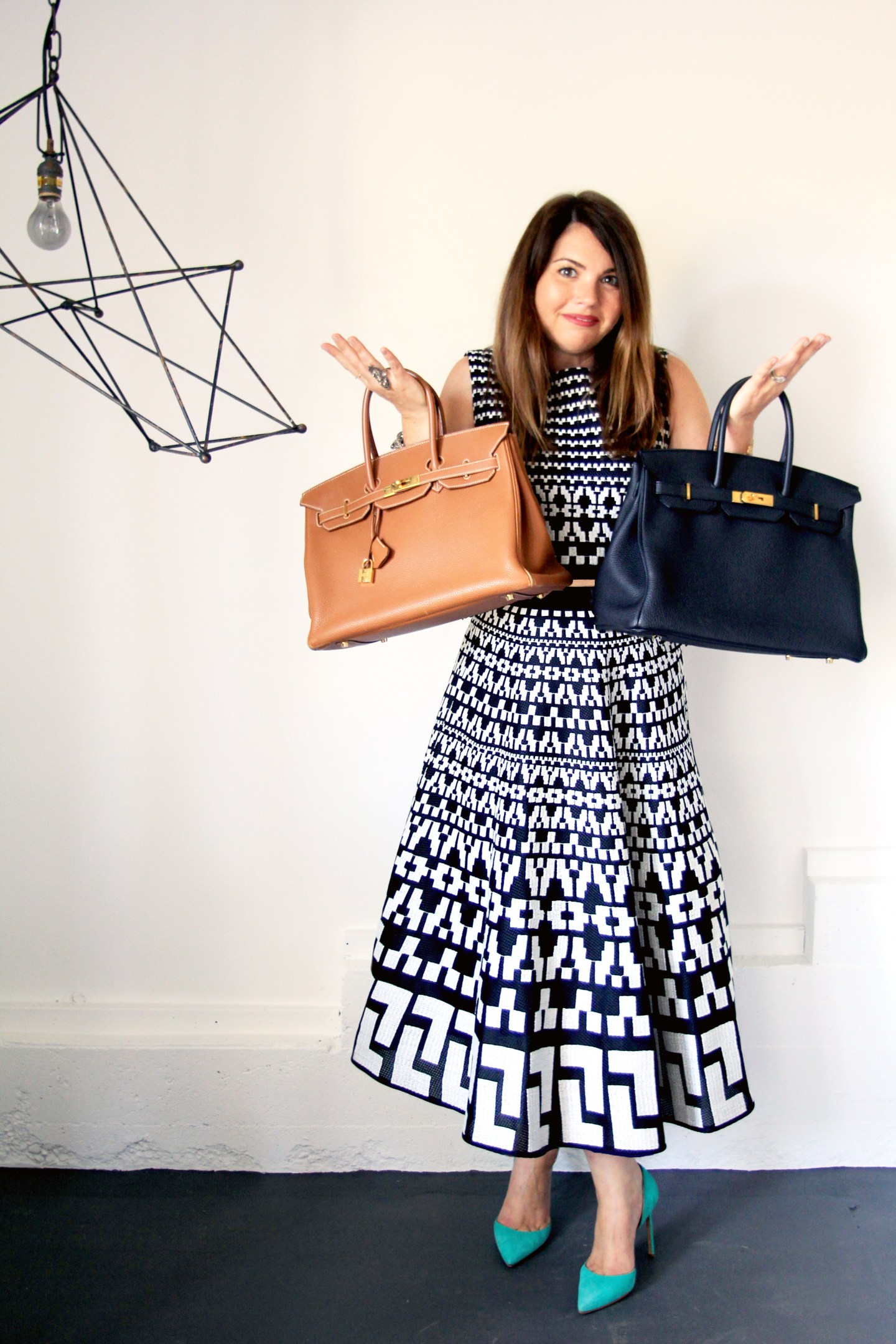 One of the most-talked-about details in Wednesday Martin’s book, Primates of Park Avenue, is the author’s all-consuming quest for a Hermès Birkin handbag. It is, she said, to be her “sword and shield” as she navigates Manhattan’s most elite echelon. When her husband agrees to get one, she laughs–you can’t just go out and get a Birkin.

While the chronicle of Upper East Side housewives was initially presented as an “anthropological memoir,” its veracity was since been called into question, including the timing of events. But the struggle for the elusive Birkin, which retail from $10,000 to over $200,000, is real.

Nicole Pollard Bayme has four Birkins that she uses daily. “I have to maintain a certain image to work with very high profile clients,” says Bayme, a Los Angeles-based stylist and personal shopper. “I also think they are beautiful and extremely well made. Lastly, because I resell these bags, carrying them is a walking advertisement for me.”

Pollard Bayme explains how to bag a new Birkin. “I buy my bags for myself directly from Hermès. You have to be a consistent shopper in every area of the store (home, ready to wear, accessories, etc.) before they will offer you a bag. For my clients who ask for Birkins immediately, like within 24 hours, I work with a network of trusted dealers. I have been working with them for ten plus years, so I know who is legitimate. These clients pay more than double retail for the luxury of buying a Birkin quickly.” She has paid up to $130,000 for a bag for such clients.

Pollard Bayme says Birkins serve as her airport bags, laptop bags and everything bags. “They take wear well. I am not as careful as I should be, but Hermès does offer spa services and will send your bag to Paris for a complete refresh. This takes about six months but is totally worth it.”

And with this cultivated rarity, Hermès has crafted its own golden ticket.

“The Hermès Birkin bag is one of the most primo examples of the scarcity principle at work,” said Constance Dunn, marketing and branding extension instructor, University of California, Santa Barbara. “It’s a sociological principle that exploits an evolutionary tic that causes us to equate those items in limited supply–particularly comely, high-visibility items that are widely recognized as signifiers of wealth and glamour–as items of great value that we must acquire as soon as possible.”

She adds that the company has “made a point to communicate that there is a limited supply of these gold nuggets.” The wait list, she says, is a “particularly clever tactic that causes even greater salivation among the image-obsessed and grasping. We are the descendants of those who successfully recognized resources in scarce supply, and made a point to acquire and utilize them.”

Because they retain that incredible resale value, Birkins are not just accessories; they’re investment pieces. “I joke with my husband that each Birkin I own is worth a year of our future child’s college tuition,” said Pollard Bayme.

So what is a Birkin really worth?

“The purse symbolizes financial success,” offers Babak Hafezi, CEO of Hafezi Capital, an international investment consulting firm. “If we define ‘was it worth it’ in those terms, the answer is yes, for many women and men the purse is an extension of their financial success and it is worth it. Are the materials worth the price quote? Obviously not, because fashion is all about how others see you and how you feel by being part of a heritage brand like Hermès.”

Indeed, for those who know what they represent, it sends a loud and clear signal. “The high price of the Birkin also speaks greatly about the luxury shopper,” added Marissa Stempien, the fashion editor for JustLuxe.com. “Affluent women are willing to pay these prices, because Birkins are a status symbol that can’t be acquired by a diamond, designer dress, or all the possessions in her home. Birkins are well-known to be the most expensive bags in the world and some of the hardest to obtain. When wearing a Birkin, a woman has the ability to carry her wealth, affluence and style on her arm for the world to see.”

The Birkin, launched in 1984, was named after British actor and singer Jane Birkin. But the namesake herself sounds more irritated by the prized handbags than anything else. Australia’s Sunday Mail in 2012 reported that Jane Birkin keeps just one, which is adorned with protest stickers and ethnic beads, and she auctioned off three others for charity. She told the Sunday Mail, “What’s the use of having a second one? You only need one and that busts your arm–they’re bloody heavy.I’m going to have to have an operation for tendinitis in the shoulder.”