Pro women’s soccer is having a moment. Here’s how to make it last 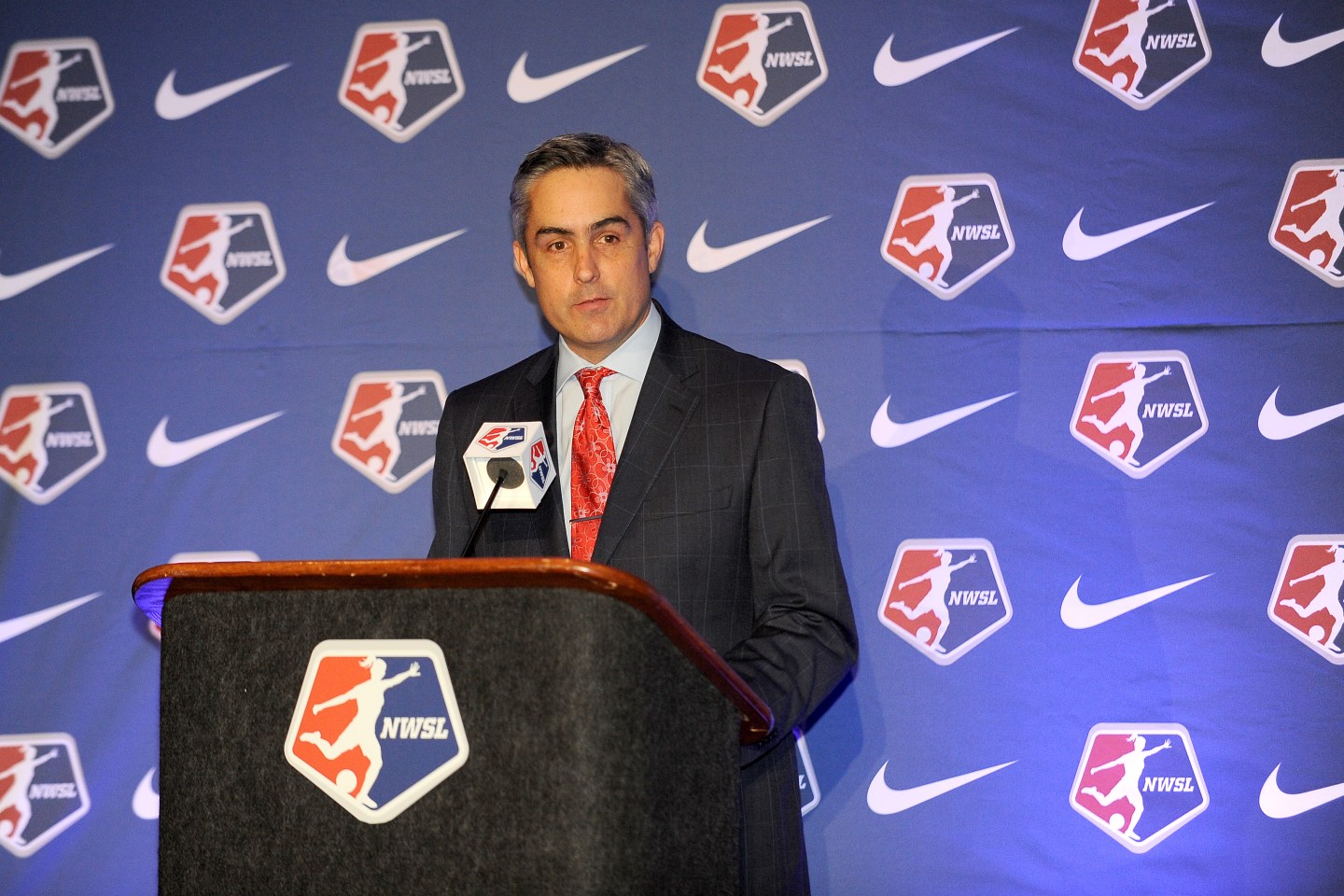 Beyond their speed, strength and ability to smash a ball into the back of the net, professional women soccer players in the U.S. seem to be acquiring another talent: Putting butts in seats.

On Wednesday, July 22, the National Women’s Soccer League’s (NWSL) Portland Thorns played the Seattle Reign in front of a league record-setting crowd of 21,144 at Portland’s Providence Park. (The previous record, 19,123, was set in Portland last August.) What’s more, the NWSL reports that roughly half of the games played since the 2015 Women’s World Cup have been sell-outs, with advance tickets are selling faster than in previous years.

Women’s professional soccer is having a moment in the spotlight, and it’s Jeff Plush’s job to keep it going. Plush was appointed commissioner of the NWSL in January 2015, and now guides the league as it tries to leverage the U.S. Women’s win at the recent World Cup, which turned a number of league players—Carli Lloyd, Megan Rapinoe and Tobin Heath, to name a few—into household names.

Plush is a soccer guy and grew up playing the game. Prior to joining the NWSL, he was managing partner of Helium Sports Group, a sports consultancy. He was managing director of Major League Soccer’s (MLS) Colorado Rapids from 2006 to 2011. He also served on MLS’s Board of Governors and on the board of directors for the global media business of the English Premier League’s Arsenal Football Club.

He’s excited about the Portland attendance numbers and says he’s seeing growth happen across the league, but cautions that building to regular sell-out matches will take time. The nine-team NWSL launched in 2013, after its predecessor, the Women’s Professional Soccer, shuttered in 2012.

“It’s not going to happen overnight and there’s no magic bullet that everyone’s looking for. It takes good, hard work from good, earnest people every day,” says Plush.

That hard work includes getting out and interacting with soccer fans—including the more than 3 million U.S. kids who play the game. Playing in smaller venues where fans have a more intimate experience and making players available after the game to interact with crowds and sign autographs “are the kinds of things that our sport allows for, that others just don’t anymore,” he says. Individual clubs conduct outreach into their markets with youth soccer clubs, holding camps and clinics that both encourage player development and scout new talent. Team members also help local charities raise money and attend community events. The end game is building relationships and loyal fans, Plush says.

But with the glare of the spotlight comes a clearer view of blemishes, too. When reports surfaced that the women’s national team would take home $2 million for its win, compared to the $35 million paid to Germany’s World Cup-winning team in 2014, concerns about a pay gap in women’s soccer emerged. NWSL teams have a salary cap of $200,000, According to Atlas, a data web site, the minimum salary in the NWSL is $6,842, while the men’s soccer league floor is $60,000.

Plush says there’s no doubt that the wage gap needs to be addressed, but that is must be done by growing revenue. The league is only in its third year and needs to manage expenses carefully to remain viable, he says.

“We certainly take that as a responsibility and an obligation, but we can’t spend it before we’ve made it, and I think that’s where you get going down the wrong path as a business,” says Plush.

Plush believes that frugality and careful expansion will allow this league to succeed where others have not. Currently, the league’s nine clubs are the Boston Breakers, Chicago Red Stars, Houston Dash, FC Kansas City, Portland Thorns FC, Seattle Reign FC, Sky Blue FC, the Washington Spirit and the Western New York Flash. The clubs play 20 games over 21 weeks, roughly half at home and half away. Playoffs happen in September. In five years, he believes there’s enough interest to grow the league to 12 teams with a 24- to 26-game schedule from April through October.

He also sees opportunity for international expansion, especially through the league’s support from the Canadian Soccer Association and Federation of Mexican Football, as well as the United States Soccer Federation. In late June, the NWSL and FOX Sports reached an 10-game multi-platform broadcast agreement for the current season.

Demographics also favor soccer. The average age of the U.S. soccer fan is early to mid-30s, while baseball fans typically skew to the mid-50s, he says. “The younger demographic is clearly a soccer fan. I think soccer is here. It’s here to stay. It’s doing very good numbers across a lot of markets, and it’s only going to grow,” he says.