A piece of MH370 may have just been found 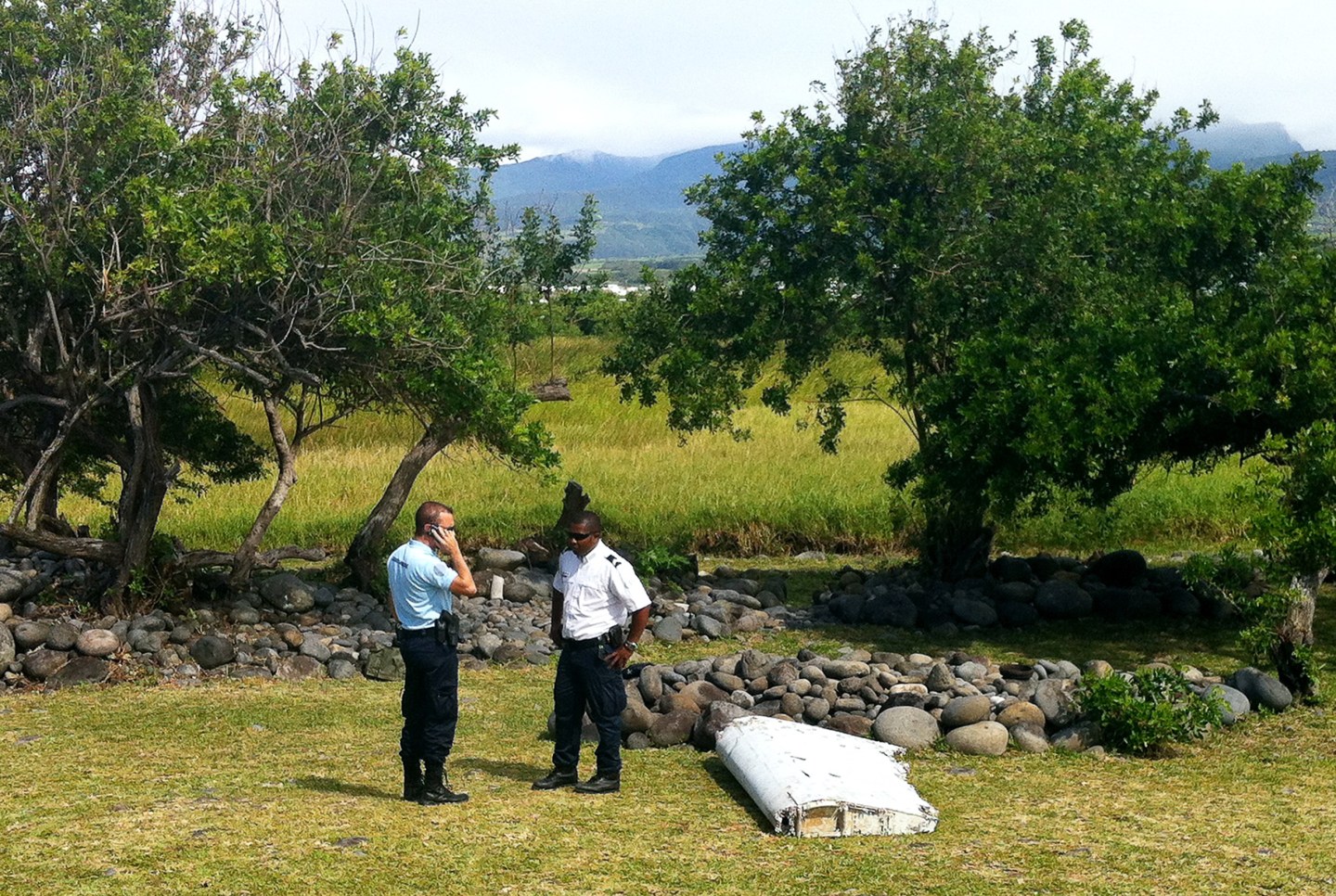 A policeman and a gendarme stand next to a piece of debris from an unidentified aircraft found in the coastal area of Saint-Andre de la Reunion, in the east of the French Indian Ocean island of La Reunion, on July 29, 2015. The two-metre-long debris, which appears to be a piece of a wing, was found by employees of an association cleaning the area and handed over to the air transport brigade of the French gendarmerie (BGTA), who have opened an investigation. An air safety expert did not exclude it could be a part of the Malaysia Airlines flight MH370, which went missing in the Indian Ocean on March 8, 2014. AFP PHOTO / YANNICK PITOU (Photo credit should read YANNICK PITOU/AFP/Getty Images)
Photograph by Yannick Pitou — AFP/Getty Images

A piece of the missing MH370 plane may have just been recovered.

Wired reported that a piece of the missing Malaysia Airlines plane’s wing may have washed ashore the island of Réunion in the Indian Ocean, which is located near Madagascar.

Former French military pilot Xavier Tytelman said a man from the island spoke with him about finding the wreckage, reported The Telegraph. He says it may belong to the missing Boeing 777 which has been lost since March 2014 after losing contact with authorities for unknown reasons. “We all think it is likely that the wing is that of a Boeing 777–the same plane as MH370,” Tytelman told the publication.

Here’s a tweet from Tytelman claiming to show the wreckage:

Flight 370 left from Kuala Lumpur, Malaysia headed for Beijing. 239 travelers were onboard. The disappearance became a major, global news story and sent the company into a tailspin.

Since the plane’s disappearance, Malaysia’s business has been in dire straits. Bloomberg recently reported that construction issues have plagued the Kuala Lumpur airport, which is operated by the embattled airline. “Since MH370, a lot of shortcomings have been found” in terms of the country’s aviation industry, Shukor Yusof, founder of the Singapore-based consulting firm Endau Analytics, told the site in an interview. “The authorities haven’t done enough to address these shortcomings, not enough to put them on par with the First World.”

The airline, which also had one of its planes shot down over the Ukraine, has also seen droves of employees quit. Reuters reported that nearly 200 workers left their posts with the airline between January and July of 2014.

Boeing, which manufactures the airplane, provided the following statement to Business Insider:

“Boeing remains committed to supporting the MH370 investigation and the search for the airplane. We continue to share our technical expertise and analysis. Our goal, along with the entire global aviation industry, continues to be not only to find the airplane, but also to determine what happened — and why. In accordance with international protocol governing aviation accident investigations, inquiries relating to an active investigation must be directed to the investigator in charge.”