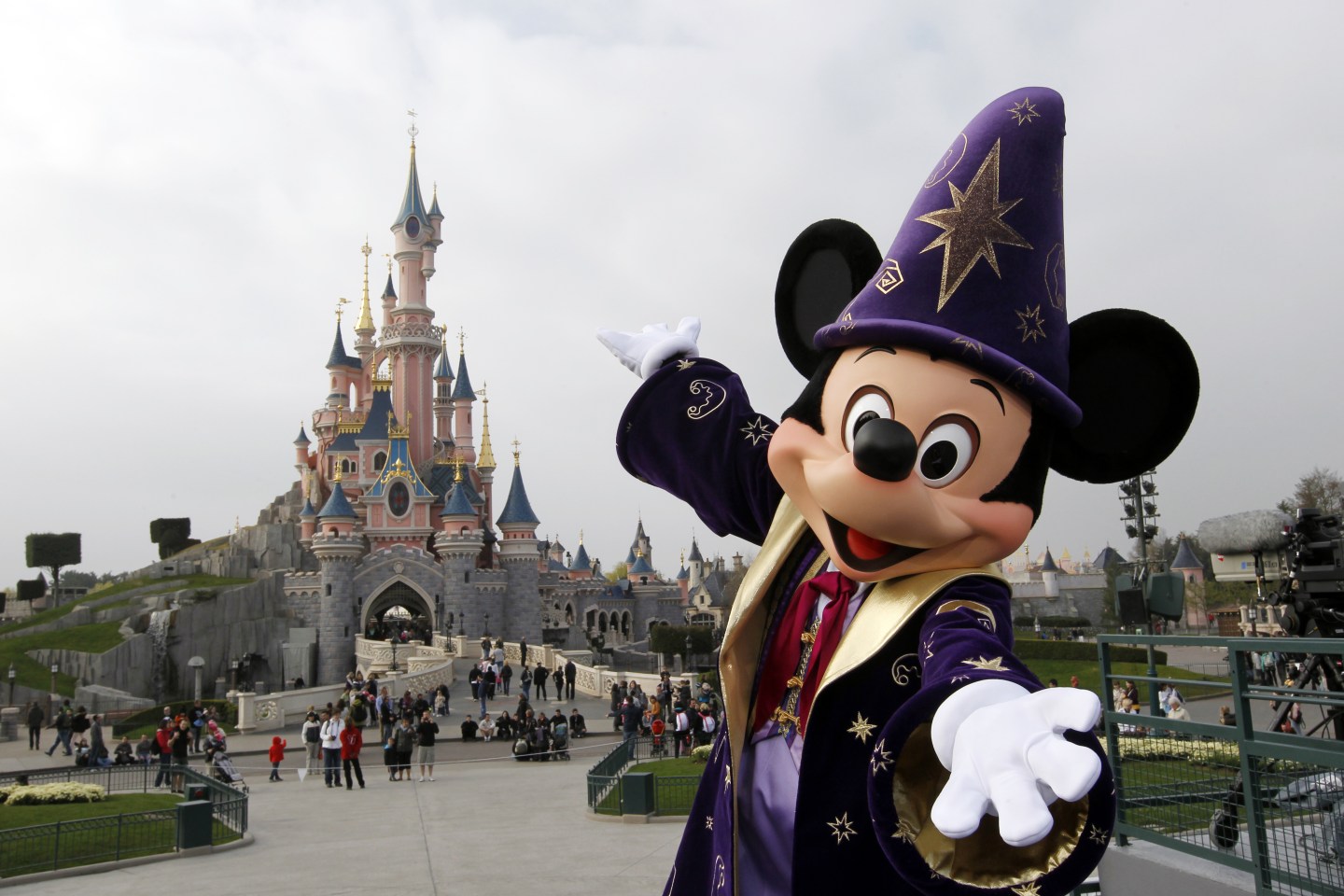 Disney character Mickey poses in front of the Sleeping Beauty Castle at Disneyland park as part of the 20th birthday celebrations of the park, in Chessy, near Marne-la-Vallee, outside Paris, on March 31, 2012. AFP PHOTO / THOMAS SAMSON (Photo credit should read THOMAS SAMSON/AFP/Getty Images)
Photograph by Thomas Samson — AFP/Getty Images

Following consumer complaints about the amusement park’s price discrepancies, Disneyland Paris is facing an investigation by the European Commission and French authorities.

The European Union has ‘single market’ rules in place in order to prevent this type of price discrimination.

Disneyland Paris has responded by saying that no illegal price discrimination has taken place — what we’re seeing in terms of these discrepancies has to do with promotional offers that the park ran in certain markets during certain times. The park argues that it was simply trying to attract guests year round based on national holidays in different countries, which is a legal practice, and adds that customers could request discounts that were promoted outside of their country to get the same price as other customers.

“When purchased directly with Disneyland Paris, the cost of a basic resort package — without promotional offers — is identical across all markets, give or take exchange rates,” a spokesperson for Disneyland Paris told the U.K.’s Independent newspaper.

Despite the reasoning, the European Commission is reportedly not convinced, given that it hasn’t found similar pricing practices by Disneyland’s competitors.

This is not the only incident of alleged price discrimination in Europe. Earlier this month, the European watchdog began a separate investigation of some of the biggest Hollywood studios accusing them of not giving all European consumers fair access to certain pay-TV services.
[fortune-brightcove videoid=4380912836001]