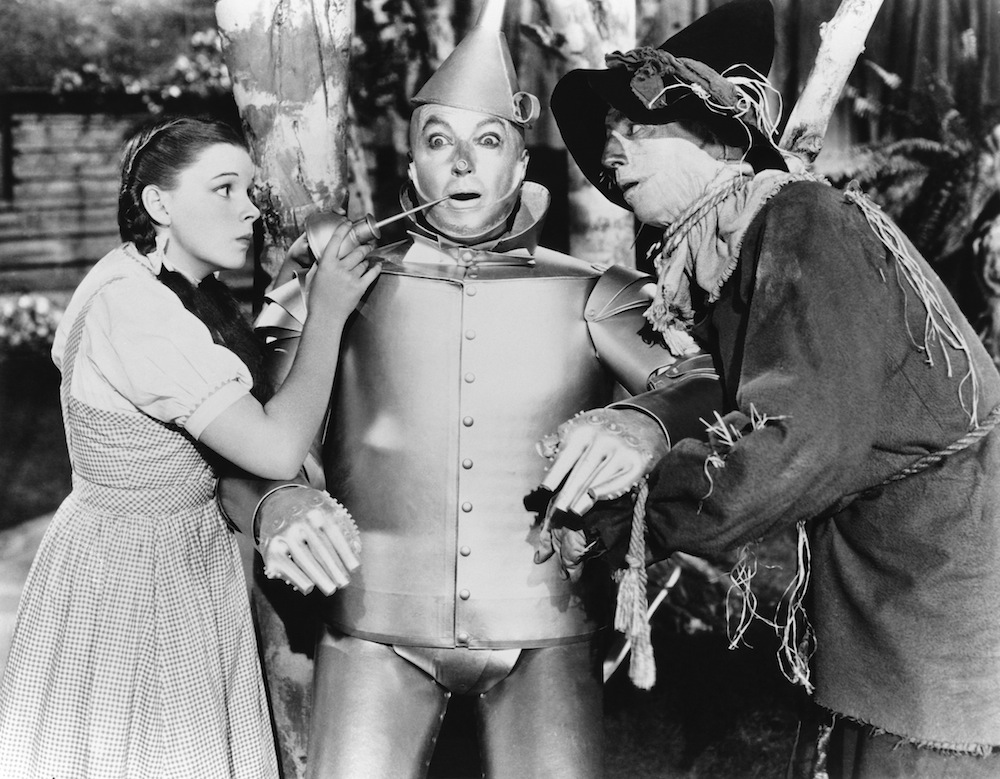 A scene from the Wizard of Oz with Dorothy, the Tin Woodman and Scarecrow as played by actors Judy Garland, Jack Haley and Ray Bolger. Hollywood, California: c. 1939 (Photo by Underwood Archives/Getty Images)
Photo: Underwood Archives

Is the European Union about to add Hollywood’s finest to its collection of antitrust scalps?

The first so-called “statement of objections” have been sent out to the studios because of their licensing contracts with Sky U.K., the main operating asset of Sky Plc (BSYBF), but investigations into pay-TV providers in France, Germany, Spain and Italy are still ongoing and may yield further accusations.

The pay-TV companies in Germany and Italy are now 100%-owned owned by Sky, although they weren’t at the time the investigation was launched. Vivendi SA’s (VIVHY) Canal Plus is the company under investigation in France.

The Commission’s beef is a variation on a theme of the charges it has laid at the door of Russian gas monopoly PAO Gazprom (OGZPY), in that country-specific deals forbid the free flow of goods and services, denying consumers the freedom of choice and, ultimately, their pricing power.

The accusations could be one of the first serious blows struck by the regulators in a campaign to modernize the E.U.’s digital economy, an area where Europe is badly lagging. The new Commission earlier this year identified the breaking down of nationally-defined copyright and licensing laws as one of the key elements of that campaign.

A prime example of this is the phenomenon of ‘geo-blocking’: at present, a subscriber to an online pay-TV service in, for example, the U.K. can’t access that service in France or (more importantly for expatriated civil servants, lobbyists and politicians) Belgium because copyright and licensing law is still handled by national governments.

The Commission says it wants to ensure that users who buy online content such as films, music or articles at home can also access them while travelling across Europe.

The objections sent out this week by the E.U. don’t go as far as cutting that particular Gordian knot in one fell swoop. Instead, they zero in on contractual clauses which stop providers from selling outside a specific country. The regulators’ expectation is that if they pull on this loose end enough, the knot will unravel in time as the broader effort to modernize the Digital Single Market gains momentum.

In theory, if customers have the right to buy across borders, then the prices for products such as ESPN or Sky Atlantic will even themselves out across the E.U..

In practice, though, even after the contractual hurdle has been cleared away, companies will still be able to say ‘no’ on commercial grounds to customers who are trying to get a better deal than the one offered in their home countries (if, for example, the administrative cost would outweigh the benefits for the company).

The six studios to have received the so-called “Statement of Objections” are:

Sky Thursday confirmed it had received the Commission’s objections and said: “We will consider this and respond in due course.”

Under the E.U.’s rules, it can fine companies up to 10% of their global annual revenue for antitrust violations.