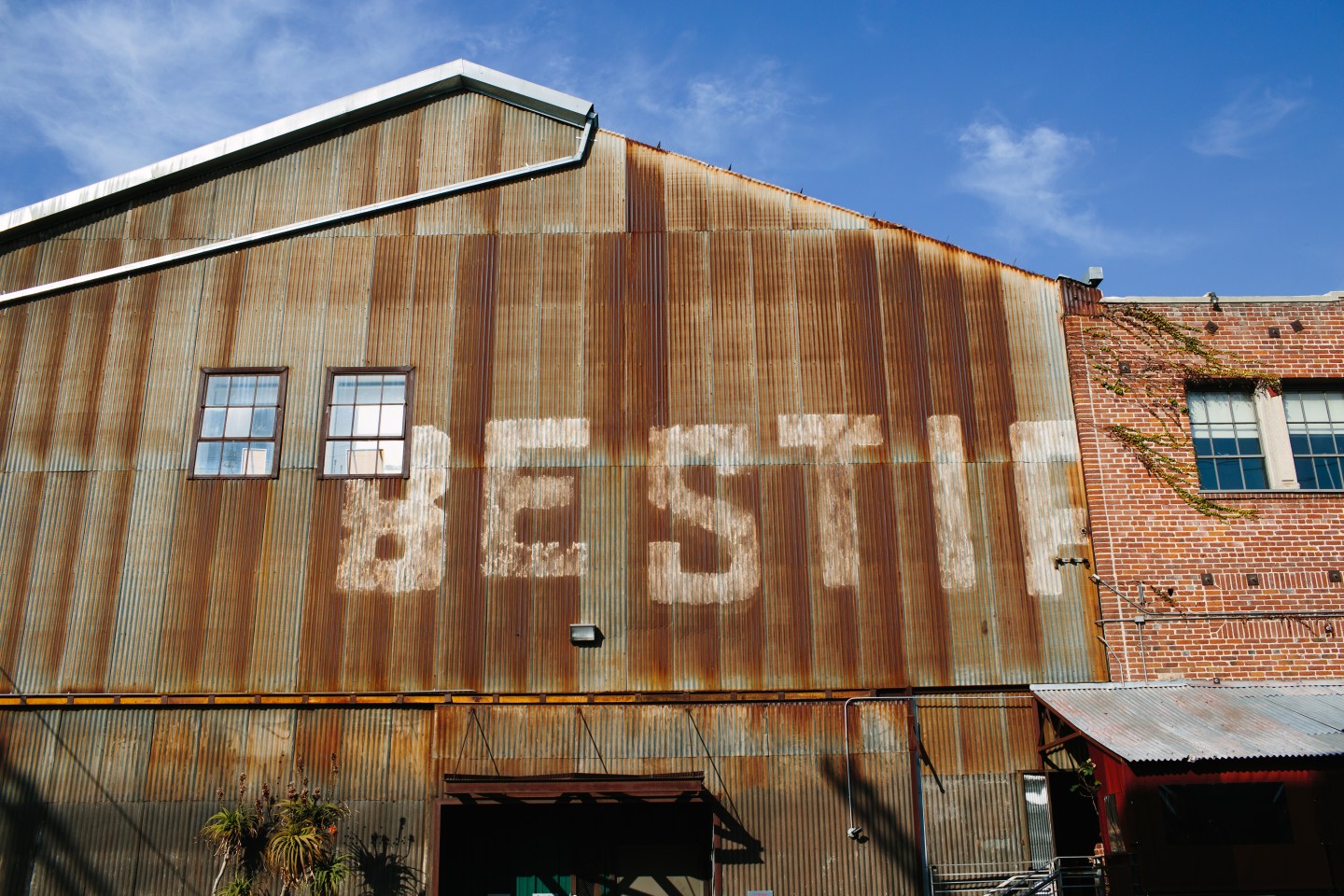 Bestia sits on a ramshackle block, a stone’s throw from Skid Row in Los Angeles. The food: homey Italian that you probably wouldn’t make at home (unless you’re in the habit of curing your own meats and butter poaching lobster). The atmosphere: warehouse chic (note the wayward propane lamp on the patio). More grit, less glitz.

And yet, getting a reservation at a reasonable time (say, other than 10 p.m. on a Tuesday next month) can take weeks, even for regulars and Hollywood royalty.

Take, for example, what happened last February, when Bestia got a call from a movie star’s assistant asking if her boss could dine at at the restaurant on the night of Grammy Awards. They didn’t have anything available. The movie star called the restaurant personally. Still nothing. Movie stars being movie stars, she just showed up.

“She came in her dress and just waited at the bar,” says Bestia’s pastry chef and co-owner Genevieve Gergis (she declined to share the star’s name). “She was very polite. She actually said, ‘I know you don’t have anything but I really wanted to eat here, is that cool?’”

“All customers are the same to us,” she adds. “It doesn’t matter if you have money if you’re on TV or whatever.”

Gergis and her husband, Bestia co-owner and head chef Ori Menashe, aren’t name droppers. When they say that Sacha Baron Cohen and Quentin Tarantino are fans, it seems more out of endearing disbelief that they’ve struck a chord with some of their favorite artists than a show of muscle to prove that they can compete with the Wolfgang Pucks and Mario Batalis, the celebrity chefs of the world. A TV show, a chain of fast-casual restaurants, and a line of microwaveable meals rank nowhere on their to-do list.

“I’m not going to go on one of those TV shows, two o’clock in the afternoon, for housewives, what do you call those shows?” Menashe asks. “The ones like ‘The Talk?’” (Note: we think he means “The View.”)

Menashe cooked in a number of Los Angeles restaurants before branching out with Bestia in 2012. Investors balked: out of 40 potential leads from the Italian restaurant where he previously worked as the chef, only one put in money. Bill Chait, the restaurateur who co-owns Bestia with Gergis and Menashe, was mortified leading up to opening day. “I didn’t know if anyone was going to find this place,” he says.

“We didn’t research the location,” Menashe admits, pausing as Bestia’s soundtrack, the near constant howl of police sirens, swells. “It was very dirty. There’s a strip club down the street. We leased the space and then I showed my mom and she was like, ‘What the f— did you do? This is really bad.’”

In the same vein as Rao’s in East Harlem, another out-of-the-way, culinary hot spot, Bestia now serves about 500 people on weekend nights, and 400 every other night of the week. Their food is upscale without being stuffy, and full of surprises, like a paper thin slice of salami garnished with what looks like a golden blackberry but is actually a mouthful of effervescent mustard. Critics lavish the place with praise. “Bestia does it best,” said L.A. Weekly. In March, Food & Wine magazine named Menashe one of this year’s best new chefs.

Menashe, Gergis, and their young daughter, Saffron, make themselves a constant presence in the restaurant. Gergis’ forearms are perpetually floured; in an hour away from the kitchen, Menashe was interrupted twice by a cook who needed his opinion on a burgeoning meatball. But, in this town that loves sequels, they are working on their own: a yet-to-be named Middle Eastern restaurant, also in downtown L.A.’s arts district. Gergis describes the design, which she’s overseeing, as “crumbling Jerusalem.” They have already cemented their reputation as scene makers. But in the food department, they’re hoping to avoid being typecast by turning out a menu of food inspired by Israel, Lebanon, Morocco, and more countries in that region.

“We are going to create something different,” Menashe says. “I don’t want people to feel like they’re at Bestia No. 2, with different flavors.”