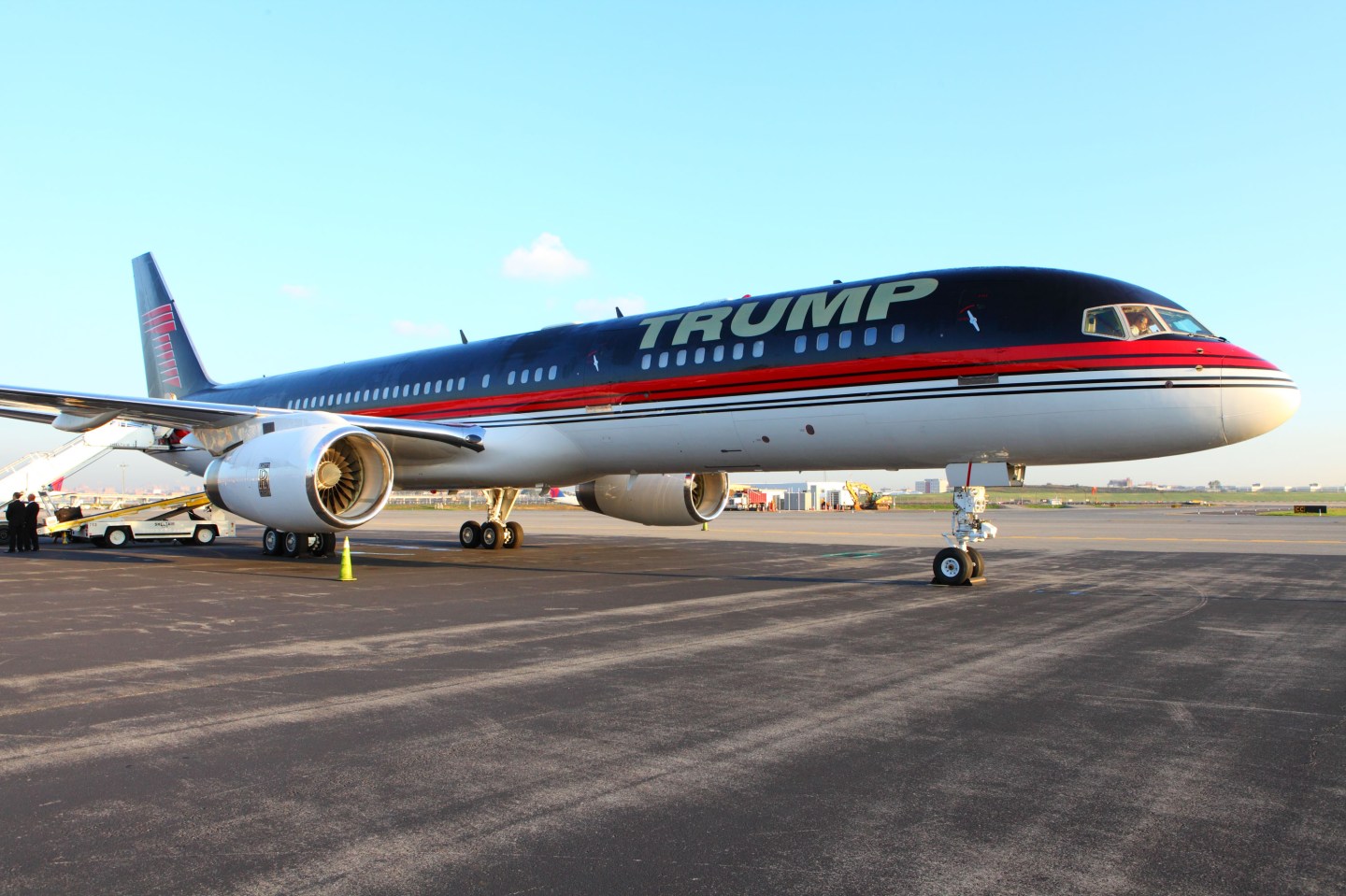 Republican presidential contender Donald Trump, who currently leads in many polls, is the proud owner of an airplane emblazoned with his name—naturally. The plane is a Boeing 757-200 jet and he’s owned it since 2011, according to Business Insider.

As the article notes, he wasn’t the first to own the plane. Microsoft cofounder Paul Allen had it before Trump, who got his name painted on it in big, bold letters.

For more about Trump, here’s what winners of his reality television show The Apprentice told Fortune about him.