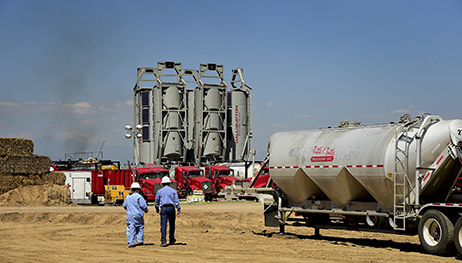 A prolonged period of weak oil prices is expected to result in additional energy sector job losses, as the industry fails to overcome profitability concerns due to oversupply.

That’s the takeaway from a Wall Street Journal story that points to nearly 50,000 energy job losses in the past three months, according to Graves & Co., a Houston energy consultancy. Part of what is worrisome to WSJ is that major companies like Halliburton (HAL) and Baker Hughes (BHI), two oil-field services providers that are poised to merge, are planning to double the job cuts announced in February. There are also concerns that job cuts, which initially focused on blue-collar employees, will widen and sting engineers and scientists.

While some had hoped oil’s price would rally in the back half of the year, a weak performance in July implies that a turnaround is still far away. That’s because oil supplies remain robust, and there are also persistent concerns that a slowdown in the Chinese economy will hurt demand for oil in one of the world’s largest economies.

Additional job cuts for the energy sector would come after a tough first half of 2015. Over that period of time, heavier-than-expected downsizing pushed the midyear total to its highest level since 2010, according to global outplacement consultancy Challenger, Gray & Christmas. The accelerated downsizing was largely due to the drop in oil prices, which hurt the energy and industrial goods sectors. Lower oil prices were to blame for 69,582 job cuts in the first six months of 2015, the firm reported, second only to cuts blamed on “restructuring.”