I got a sneak peek of a new Rolls-Royce model, and it’s spectacular 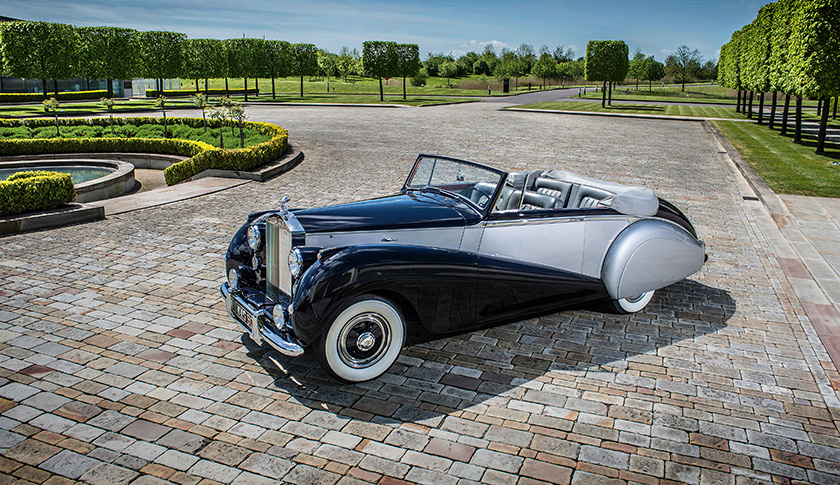 Back in May, Rolls-Royce announced the coming of an all-new model, the Dawn. On Friday, the British ultra-luxury carmaker announced the new two-door, four-passenger convertible. A few journalists, including me, were invited to a secret Beverly Hills estate to view the convertible — or the “drophead coupe,” as it’s called across the Pond.

The Dawn is wildly, delightfully, goose-bump-inspiringly gorgeous. But you’ll have to take my word for it. Rolls refused to release any images until the car is officially unveiling in September (hence the photo of the ’52 Dawn, the inspiration for the new car).

Unlike its larger and rather sinisterly named older siblings—Phantom, Ghost, Wraith—the Dawn is youthful-looking. Its lines and overall size are more diminutive and tauter than the existing models, making the midnight blue metallic example we saw look aggressively sexy and athletic. As one Rolls executive put it, “It speaks of Champagne, la dolce vita, a sense of occasion.”

What speaks the loudest is the vibrant orange leather interior, which was piped in navy. Climbing into the club-chair-like back seat through Rolls’ signature rear-hinged door was like climbing inside a giant, buttery-soft Hermes bag.

The original Dawn, of which only 28 were made, was a post-WWII celebration of triumph, hope and the good life. Rolls intends to build many more of the new Dawns than that, but declined to give specific numbers.

The company hosted potential buyers from Beverly Hills, Monaco and Hong Kong at the private estate and said that one in three who saw the car immediately placed an order. At what cost? Rolls won’t reveal that yet, either. But given that Wraith and Ghost start around $300,000 and Phantom at $480,000, don’t be looking for a bargain.