Pearson is selling The Financial Times to Japan’s Nikkei for $1.3 billion 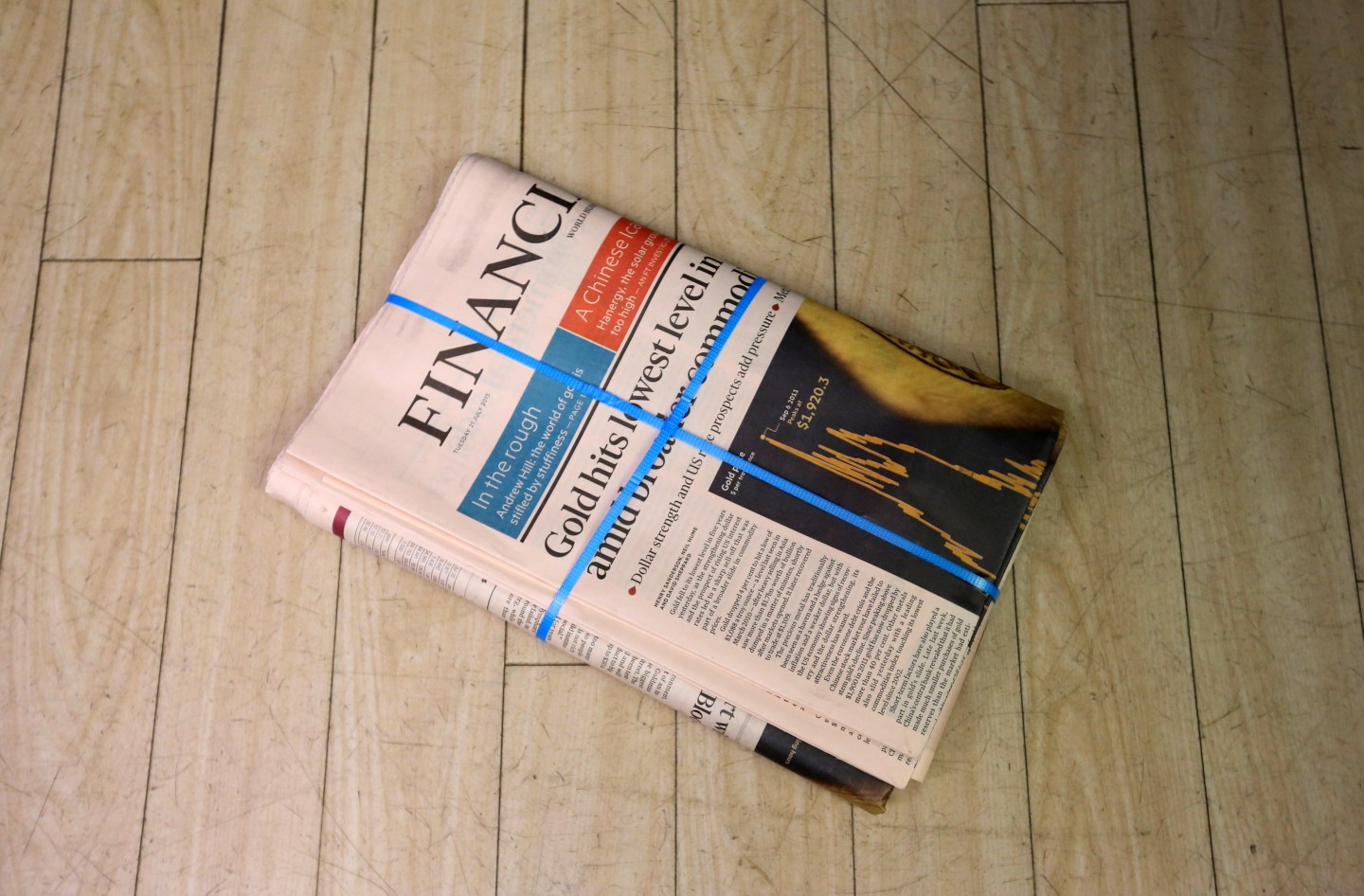 Copies of the Financial Times newspaper sit on the floor at a newsagent in Danbury, Essex, U.K., on Tuesday, July, 21, 2015. Pearson Plc, owner of the Financial Times newspaper, is exploring a sale of the newspaper after receiving interest from potential buyers, according to people familiar with the matter. Photographer: Chris Ratcliffe/Bloomberg
Photograph by Chris Ratcliffe — Getty Images

The announcement ends hours of back and forth speculation over the identity of the buyer after Reuters reported that the U.K.-based publisher was on the verge of selling its most prestigious title to “a global, digital news organization.”

Speculation had focused earlier on German media giant Axel Springer SE and financial information provider Bloomberg LLP, whose founder Michael Bloomberg has long been on record about being one of its admirers. The FT itself reported Thursday that talks to sell the title to Springer had reached an advanced stage, but Springer issued the curtest of press releases denying it was the buyer.

Pearson’s previous CEO Marjorie Scardino had for many years resisted pressure to sell the paper. However, shifting priorities at the group’s management, along with an improvement in the fortunes of the paper’s digital edition, changed that equation. Total circulation across print and digital rose more than 30% over the last five years to 737,000, with digital circulation growing to represent 70% of the total, from 24%, and mobile driving almost half of all traffic. Content and services now account for the majority of revenues. (Read more on why here).

“Pearson has been a proud proprietor of the FT for nearly 60 years. But we’ve reached an inflection point in media, driven by the explosive growth of mobile and social,” Pearson’s CEO John Fallon said in a statement. “In this new environment, the best way to ensure the FT’s journalistic and commercial success is for it to be part of a global, digital news company.”

As a result, Pearson will now be “100% focused” on its educational publishing business.

“The pace of disruptive change in new technology – in particular, the explosive growth of mobile and social media – poses a direct challenge to how the FT produces and sells its journalism,” Fallon wrote in a separate blog post.

“Our motto of providing high-quality reporting on economic and other news, while maintaining fairness and impartiality, is very close to that of the FT.

In addition to the familiar salmon-pink daily, Nikkei is also FT Labs, FTChinese, the Confidentials and Financial Publishing (including The Banker, Investors Chronicle, MandateWire, Money-Media and Medley Global Advisors). Together, the titles had annual revenue of 334 million pounds and 24 million pounds in operating income in 2014.

However, Pearson is holding to its 50% stake in The Economist. It’s also holding on to the prime London real estate on the south bank of the Thames where the FT is currently based.