We are eating a ton of hot dogs 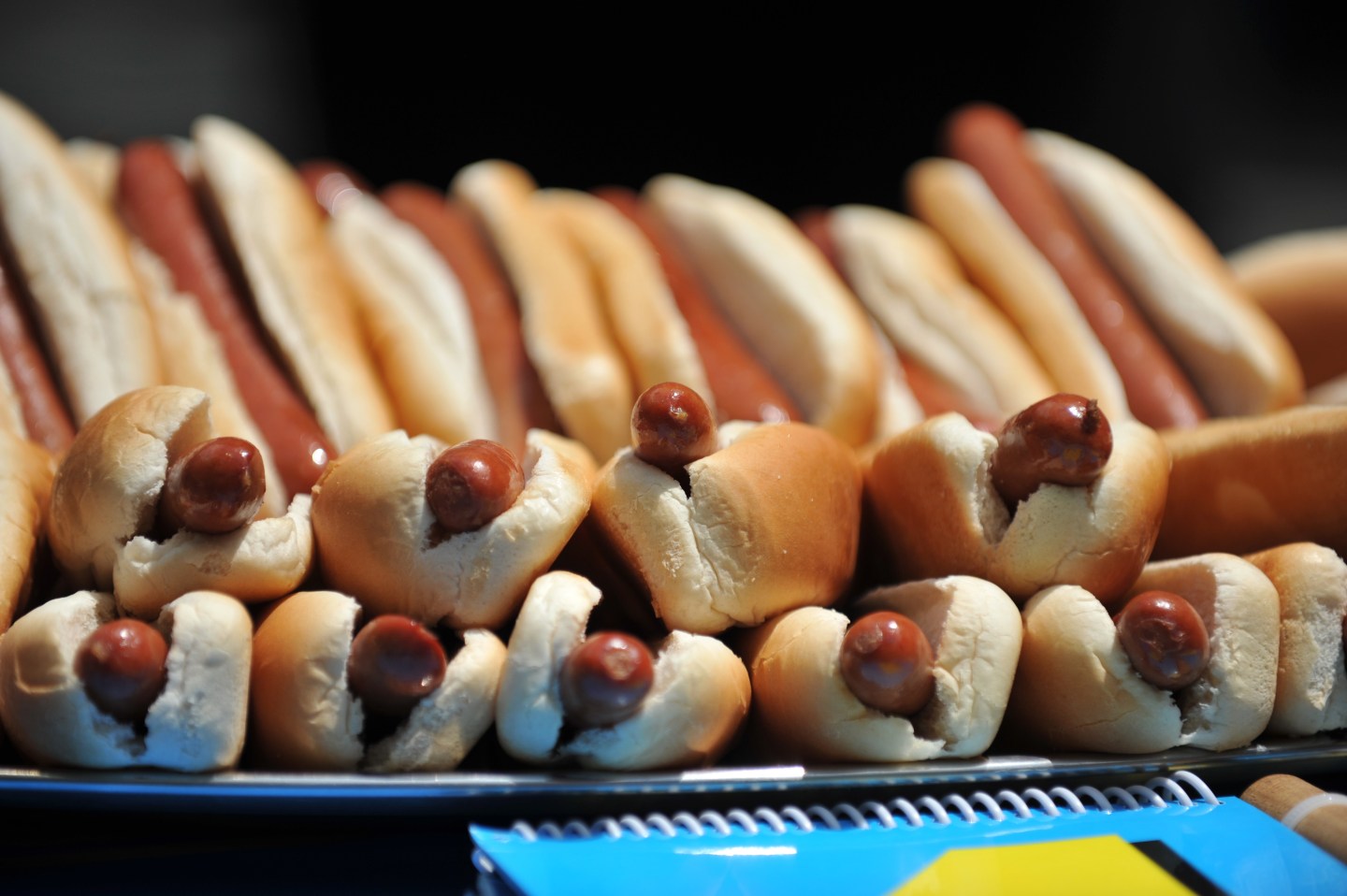 Every dog has its day, and on Thursday, July 23, the top dog is the hot dog.

Here at Fortune, we love to dive into the business story behind even the most seemingly inane holidays. Today is National Hot Dog day (you didn’t know?) and we’ve complied not only a few key stats to explain why this sliver of meat is such a big deal, but also comprised a list of three publicly traded companies that are the best options for investors that want to go hog wild for hot dogs.

Let’s start with the size of the industry. It is pretty massive: in 2014, nearly 1 billion packages of hot dogs were sold by retailers, according to a helpful stat by the National Hot Dog & Sausage Council (NHDSC). That figure represents $2.5 billion in retail sales.

Hot dogs, like other meats, have been selling well as U.S. consumers are increasingly adding foods rich in protein to their diets. NPD has reported 24% of adults say they look for protein on nutrition labels and 50% believe the best source of protein is animal protein.

For investors looking to place a bet on the hot dog craze, here are three major companies that sell a lot of this particular meat product.

Of all the publicly traded companies, Nathan’s (NATH) is likely one of the most highly exposed. It sells products at its own restaurants, but also extends its reach to about 53,000 locations including supermarkets and club stores. Total sales for the most recent fiscal year, which ended on March 29, jumped to $99.1 million from $79.8 million the prior period. Most of Nathan’s hot dogs are fairly traditional.

Newly public Shake Shack (SHAK) actually started out as a hot dog cart in New York City’s Madison Square Park, though it is more known for its hamburgers and fries today. Still, hot dogs feature prominently on its menu, with four mainstay offerings that are 100% all natural with no hormones or antibiotics.

The drive-in restaurant operator has a more diverse menu with burgers and shakes, but also relies on the hot dogs for sales. The company’s menu appears a bit more adventurous. Revenue growth at Sonic (SONC) was more modest than what Nathan’s reported, with revenue increasing from $552.3 million in the latest fiscal year from $542.6 million.