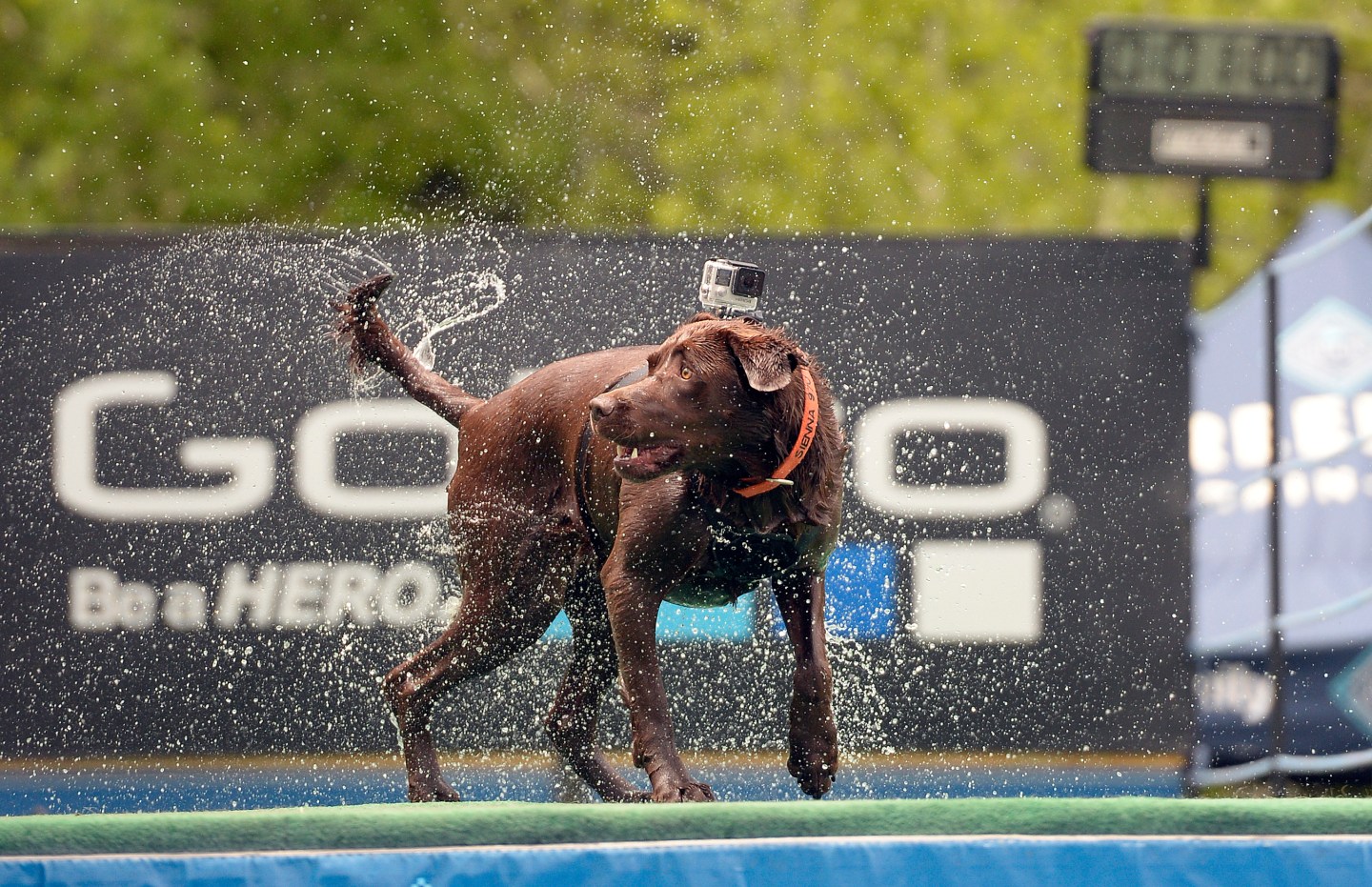 VAIL, CO - JUNE 4: The GoPro Mountain Games kicked off in Vail, CO on Thursday June 4, 2015. It is a GoPro world out there as chocolate lab "Sienna" shakes off the water after a practice jump with a GoPro camera harnessed to her back in the DockDogs Outdoor Big Air competition. Sienna is from Vail and owner Adam Hart was with her. Dogs came from all over the country to compete at jumping into a swimming pool for distance. (Photo by Cyrus McCrimmon/The Denver Post via Getty Images )
Photograph by Cyrus McCrimmon — Denver Post via Getty Images

GoPro is teaming up with streaming app Meerkat to let consumers broadcast their adventures in real time.

CNBC reports that those who own GoPro3, along with the upcoming GoPro4 update, will be able to connect the product to Meerkat in order to livestream. The move is a bid to compete with Periscope, which is integrated with Twitter for streaming.

Meerkat first announced the plan to work with GoPro (GPRO) at VidCon, a conference for people who make video online, according to CNBC, which also noted that Meerkat and Periscope are facing another competitor in the app streaming space:

There’s also a third player in this race, which is quietly building an army of teen users: YouNow. The start-up says it has 5 million members, and 100 million user sessions monthly. And it’s already bringing in money: Fans can buy virtual goods, with which fans can tip performers they like, or they can spend them to help their favorite broadcasters “trend,” raising their profile on the service. Unlike Meerkat and Periscope, which are looking for a broad audience, YouNow is focused solely on teens.

Fortune published Everything you need to know about the hot new app Meerkat in March.