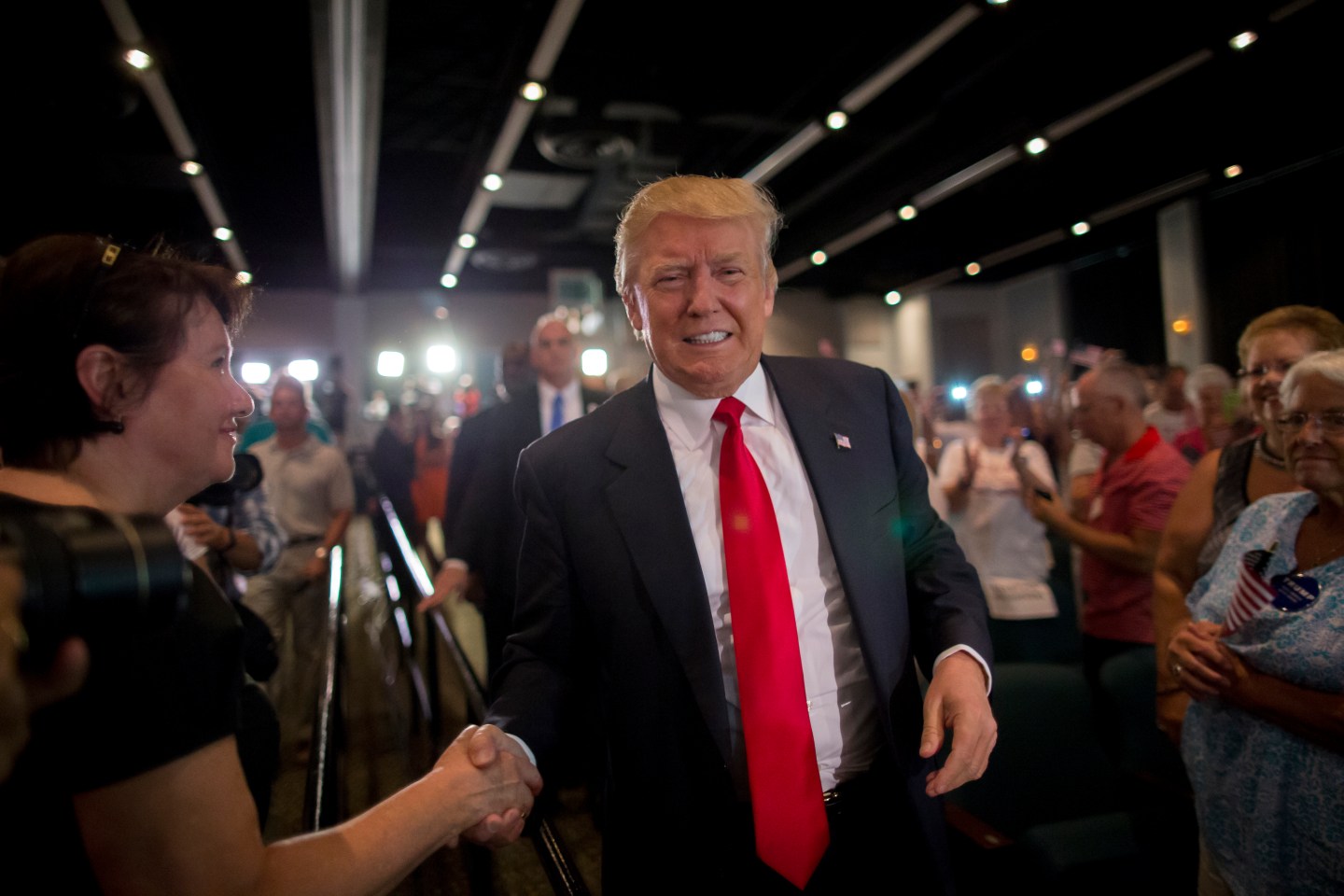 Donald Trump had plans to visit officials at U.S. border with Mexico on Thursday near Laredo, but it apparently wasn’t to be. Trump did, however, speak in the area.

In a statement, the Republican presidential contender’s campaign said that the National Border Patrol Council Local 2455 halted a meeting from taking place, according to the Los Angeles Times.

“They were totally silenced directly from superiors in Washington who do not want people to know how bad it is on the border — every bit as bad as Mr. Trump has been saying,” according to the campaign statement.

“It can only be assumed that there are things the politicians in Washington do not want Americans to see or discuss. It shows that we are not even safe in our own country. It is time to face these hard truths and Make America Great Again!” the statement continued.

Hector Garza, the president of Local 2455, said the union didn’t meet with Trump “after careful consideration of all the factors involved in this event and communicating with members of the National Border Patrol Council,” according to the New York Post.

The planned visit comes as Trump has been in the media nearly nonstop since declaring his candidacy and since he made controversial remakrs about Mexican immigrants. Over the last few weeks, he’s lost numerous business partnerships.

For more about Trump, read what winners of his reality television show The Apprentice said about his leadership qualities.

Earlier in July, Trump announced that he has a net worth of over $10 billion.