This is Tesla’s plan for a cheaper car 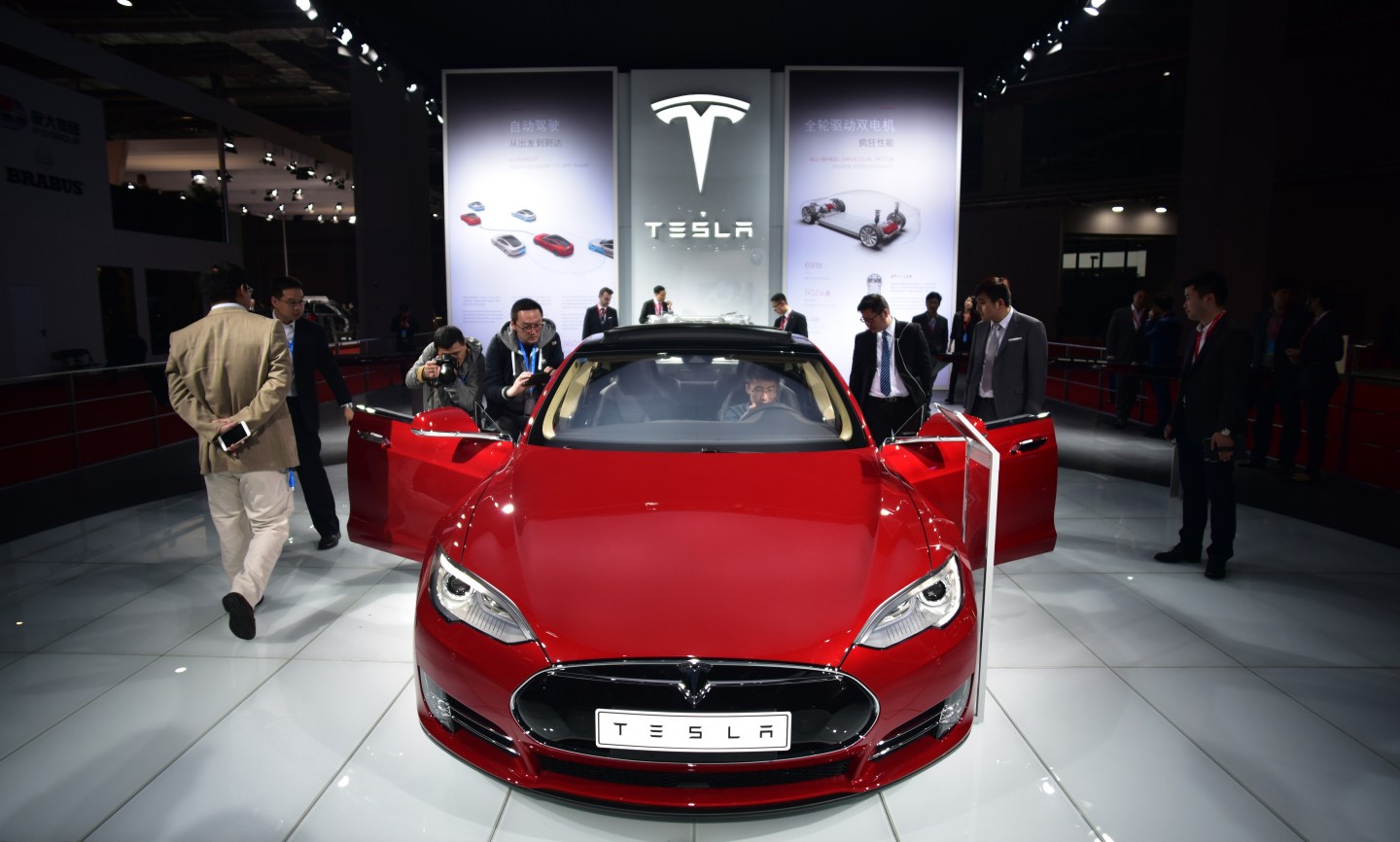 Tesla’s road to a cheaper electric car has always appeared to lead straight to Reno, where the electric automaker is building a $5 billion gigafactory designed with enough capacity to reduce the per-kilowatt-hour cost of its lithium-ion battery packs by over 30% by the end of 2017.

Many companies are already planning concepts around the promise of cheaper, higher-capacity batteries. But, it turns out that Tesla(TSLA) has more than one path toward its ultimate goal of an electric car that’s 50% cheaper than its luxury Model S.

The newest direction Tesla is headed toward is silicon—not the Valley, but the material that is changing the way batteries are made. Tesla’s new 90 kilowatt-hour battery pack—an upgrade announced Friday that increases pack energy by 5% and adds about 15 miles of range to its vehicles—might look the same. But the inclusion of silicon is an advance for lithium-ion technology.

During a call with reporters last week, CEO Elon Musk said the company had improved the battery by shifting the cell chemistry for the pack to partially use silicon in the anode.

For the unfamiliar, this might sound like minor tinkering. It’s actually an important and challenging step for Tesla (and other battery manufacturers) that could lead to a better, cheaper battery.

“It’s a race among the battery makers to get more and more silicon in,” said Jeff Dahn, a leading lithium-ion battery researcher and professor at Dalhousie University in Nova Scotia who recently signed a 5-year exclusive partnership with Tesla. “The number of researchers around the world working on silicon for lithium-ion cells is mindboggling. A large number of academics and industrial folks are working really hard on this problem.”

A battery contains two electrodes: an anode (negative) on one side and a cathode (positive) on the other. An electrolyte, essentially the courier that moves ions between the electrodes when charging and discharging, sits in the middle.

Graphite is commonly used as the anode in commercial lithium-ion batteries. However, a silicon anode can store about 10 times more (per unit volume) lithium ions. In theory, if you replaced a lot of graphite in the cell with silicon, the thickness of the graphite negative electrode could be reduced. There would be more space to add more active material and you could, in turn, increase the energy density—or the amount of energy that can be stored in a battery per its volume—of the cell.

In other words, you could pack more energy in the same space. Plus, the silicon used in the battery space doesn’t need to be the same quality as what’s used in solar cells and integrated circuits, which means it’s cheaper. The more silicon you put in the battery, the easier it is to drive costs down.

That’s the goal of battery makers everywhere: to improve their product while reducing costs.

Sounds easy enough, right? Hardly, says Dahn, who is currently working on a project funded by 3M and the Natural Sciences and Engineering Research Council of Canada to develop longer lasting, lower cost lithium-ion battery cells. Their exclusive partnership with Tesla will begin in June 2016, once Dahn has completed the 3M research project.

The trick is that when you add lithium to the silicon you end up with almost five times the original number of atoms you started with. And that causes all kinds of problems.

An Electrode Particle Walks Into a Party

Think of the battery electrode as a room and a lot of electrode particles—or people— are packed in there for a party, Dahn explains. Now imagine that everybody in that room suddenly becomes obese; the people aren’t going to fit anymore.

“If everyone is already packed in there and they all become 400 pounds, you’re in big trouble,” says Dahn.

This is what happens when all the particles in the electrode are silicon. But if only a few people in the room become obese, it’s not so bad because they can shuffle around and make enough space for these obese folks.

“This is why only a small amount of silicon is being initially added,” Dahn says.

That’s not the only issue with using silicon. To take the crowded room analogy a step further, imagine these obese people (or electrode particles) shrink when the battery is charged and then blow up again when it’s discharged. That enormous volume change causes another issue. The surface of every silicon particle is in contact with the electrolyte, and the protective film on the silicon is continually being stretched as the size of those particles change. When it shrinks it can flake off, which can impact the lifespan of the battery.

This means that the more silicon you put in, the more challenging it is to maintain cycle life, Dahn says.

Which brings us to where battery makers and researchers are today.

“Right now, you put in a touch—a little pixie dust—and it’s tolerable,” says Dahn. “Over the years, more and more will go in and that’s a good thing because it means these products are going to improve and get better.”

Dahn’s research team aims to increase both the energy density and the lifespan of lithium-ion cells, which could, in turn, help drive down costs in automotive and grid energy storage applications. They aren’t the only ones. “There are quite a few companies around the world that are starting to put silicon in the negative electrode,” explains Dahn. “And it’s not just Panasonic, Tesla’s supplier. Samsung and other companies around the world are doing this too.”

Most batteries today, even those in consumer electronics, have tiny amounts of silicon, says Sam Jaffe, a longtime analyst, formerly of Navigant Research, and now CEO of startup Cygnus Energy Storage.

The question is what percentage of silicon is Tesla using. The industry standard is between 1 to 3% silicon in battery recipes, Jaffe says. He believes Tesla has figured out how to use more.

“For them to have made a significant change in the energy density of the battery and then to publicly say it’s the silicon increase makes me think—and this is speculation now—that they’ve made progress getting higher percentages of silicon into the cell,” Jaffe says.

Model X and Tesla as a Supplier

“There’s a lot of incentive to continue to improve this battery technology for everyone in the industry,” Karl Brauer, a senior analyst at Kelley Blue Book, told Fortune. “It’s certainly the lifeblood for Tesla.”

Tesla had to increase the battery capacity for the highly anticipated Model X SUV because it’s heavier and without it, the vehicle would have lost range, Brauer says.

Brauer also believes the focus on battery tech isn’t just to improve the cars, but to set the company up as a supplier.

With many companies already anticipating the use of cheaper, more powerful lithium-ion batteries and competing to apply that technology to residential and commercial power grid applications, Tesla’s move could put them at the forefront of a newly revolutionized energy industry.