Here are the top 10 selling smartphones in June 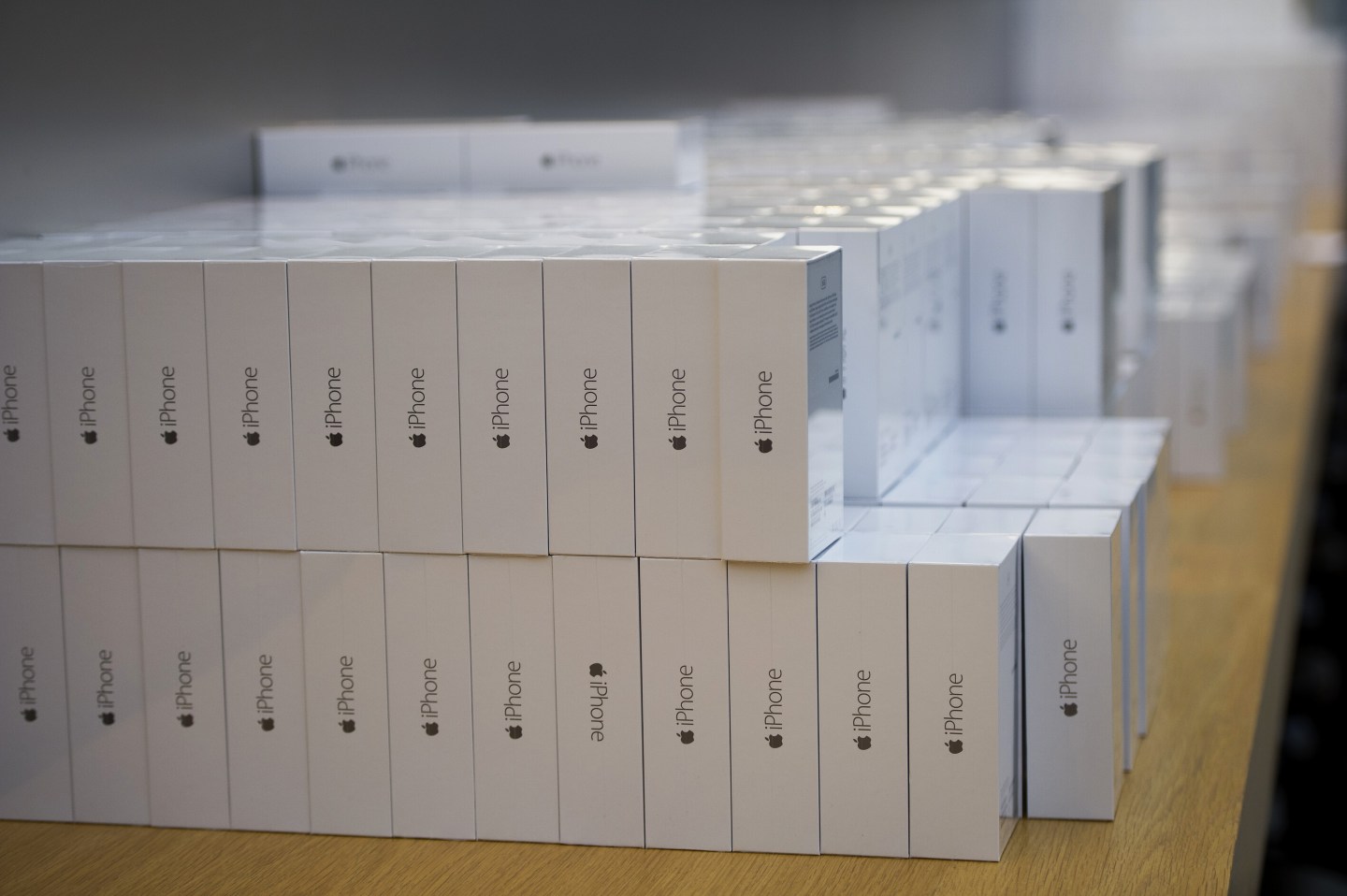 Boxes of iPhone 6 smartphones sit stacked on a counter during the sales launch at the Apple Inc. store in Palo Alto, California, U.S., on Friday, Sept. 19, 2014. Apple Inc.'s stores attracted long lines of shoppers for the debut of the latest iPhones, indicating healthy demand for the bigger-screen smartphones. The larger iPhone 6 Plus is already selling out at some stores across the U.S. Photographer: David Paul Morris/Bloomberg via Getty Images
Photograph by David Paul Morris — Bloomberg via Getty Images

The Apple iPhone 6 continues to top the list for best selling smartphone globally, maintaining its leadership for 10 straight months.

After declining sales in March and April, Apple’s iPhone 6 and 6 Plus sells have gained since May, topping the most sold lists in the U.S., China and the global market for two months, according to Counterpoint Research. The iPhone 6 maintains dominance in the U.S., while the 6 Plus tops the list in China.

Meanwhile, Samsung has been struggling to keep up. Typically, Apple (AAPL) iPhone will top the list in the first and fourth quarters each year, and Samsung will take the lead in the second and third quarters. This year, that isn’t the case. The iPhone 6 has topped the global charts since September 2014.

Here are the top 10 selling smartphones globally in June: