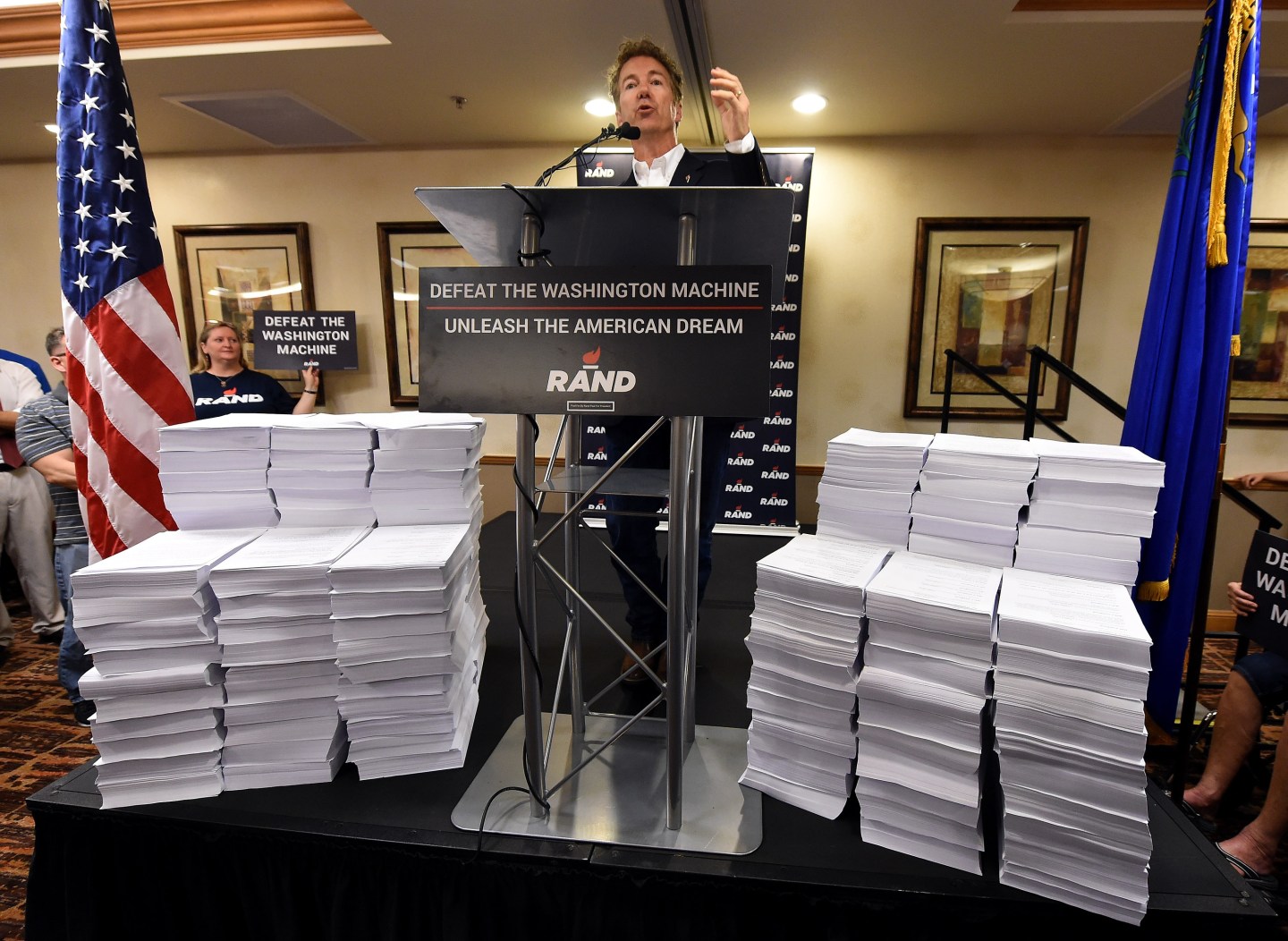 LAS VEGAS, NV - JUNE 29: Republican presidential candidate U.S. Sen. Rand Paul (R-KY) is flanked by more than 74,000 pieces of paper representing the size of the U.S. tax code as he speaks during a campaign stop at an Embassy Suites hotel on June 29, 2015 in Las Vegas, Nevada. Paul made stops in four cities in Nevada on Monday as he campaigns for the battleground state against 12 other Republican candidates in the 2016 presidential race. (Photo by Ethan Miller/Getty Images)
Photograph by Ethan Miller — Getty Images

How would Rand Paul lower tax rates? By feeding them into a woodchipper, apparently.

The libertarian-minded Kentucky senator and Republican presidential candidate released a video Tuesday that showed him using a variety of techniques to physically assault a printed copy of the tax code.

“Hey, I’m Rand Paul and I’m trying to kill the tax code, all 70,000 pages of it,” Paul, clad in a black “Detroit Republican” t-shirt, tells the camera. He flogs his plan for a 14.5 percent flat tax that would fit on one page with a one-page tax return. The video then invites viewers to click through to see Paul destroy the code by setting it on fire, shredding it with a chainsaw, and reducing it to pulp in a woodchipper, all soundtracked by an electric guitar wailing the Star Spangled Banner.

With the Republican field bulging to 16 candidates Tuesday as Ohio Gov. John Kasich officially entered the race — and with Donald Trump domineering the media coverage — Paul’s video had the feel of a stunt designed to recapture some attention. But as the current front-runner’s entire candidacy is demonstrating in real-time, at this stage of the campaign, stunts work.