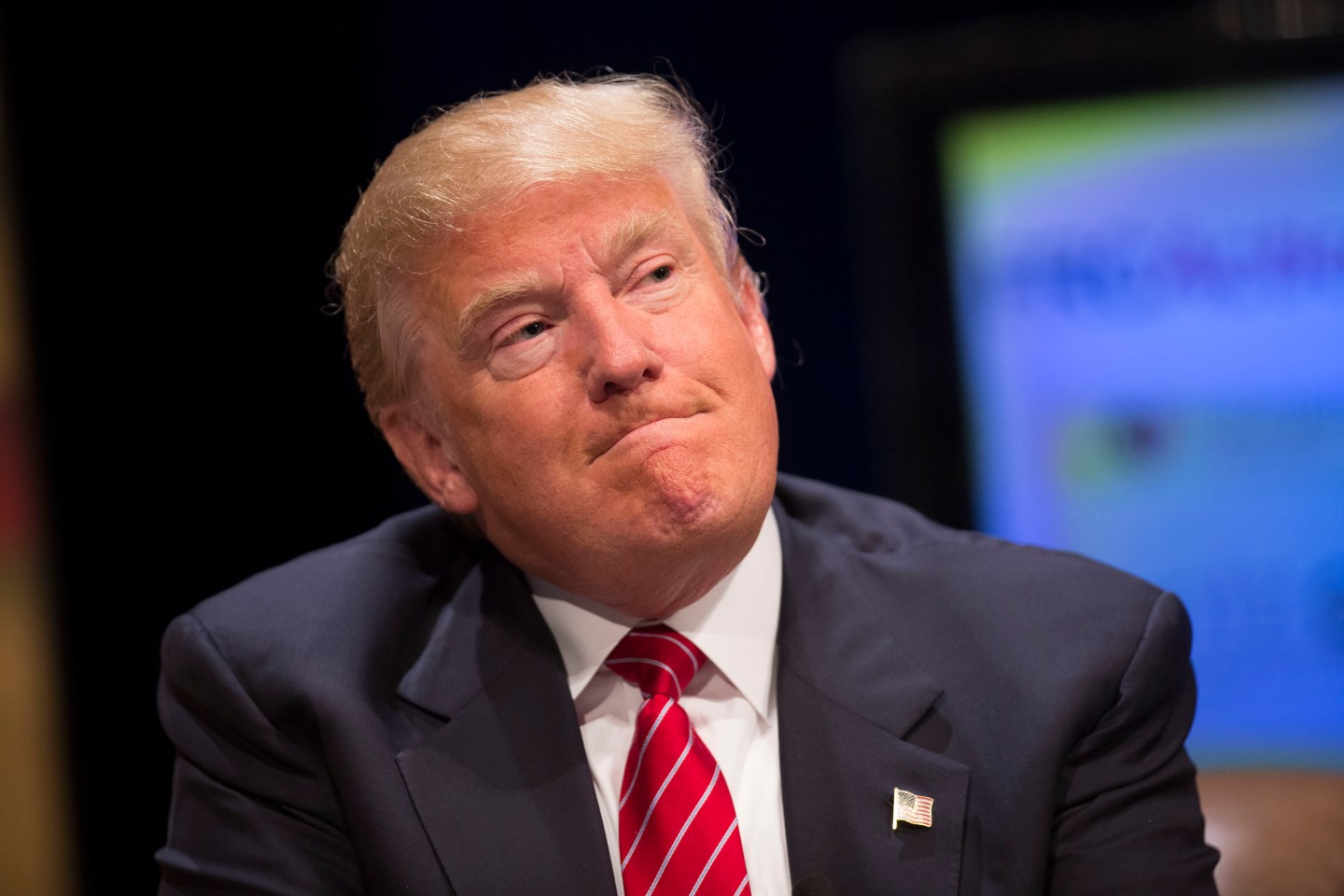 Donald Trump, president and chief executive of Trump Organization Inc. and 2016 U.S. presidential candidate, pauses while speaking during The Family Leadership Summit in Ames, Iowa, U.S., on Saturday, July 18, 2015. The sponsor, The FAMiLY LEADER, is a "pro-family, pro-marriage, pro-life organization which champions the principle that God is the ultimate leader of the family." Photographer: Daniel Acker/Bloomberg via Getty Images
Photograph by Daniel Acker — Bloomberg via Getty Images

Real estate mogul and Republican presidential candidate Donald Trump has claimed his biggest polling lead yet, with 24% of support among Republicans and independents who lean Republican in a new poll conducted by ABC News and The Washington Post. The poll marks an increase in Trump’s popularity by six times since he joined the race in May.

But Trump’s high rolling might be coming to an end: on the final day of the poll, his ratings fell into the single digits, depressing the 28% support he had garnered in the first three days of data collection. The drop came after Trump criticized Arizona Senator John McCain’s stance on immigration and attacked the longtime lawmaker’s history as a prisoner of war during the Vietnam War. “He is a war hero because he was captured. I like people that weren’t captured, OK?” Trump said.

Despite Trump’s lead in the polls, the real estate mogul has little support from the Republican Party thanks to his controversial comments on immigrants and other issues. For many, Trump’s criticism of McCain was a step too far — Republican notables like Mitt Romney and Rick Perry quickly denounced Trump following those comments.